US Trade Representative Katherine Tai on Monday (March 29) announced the immediate suspension of all US trade engagement with Myanmar. 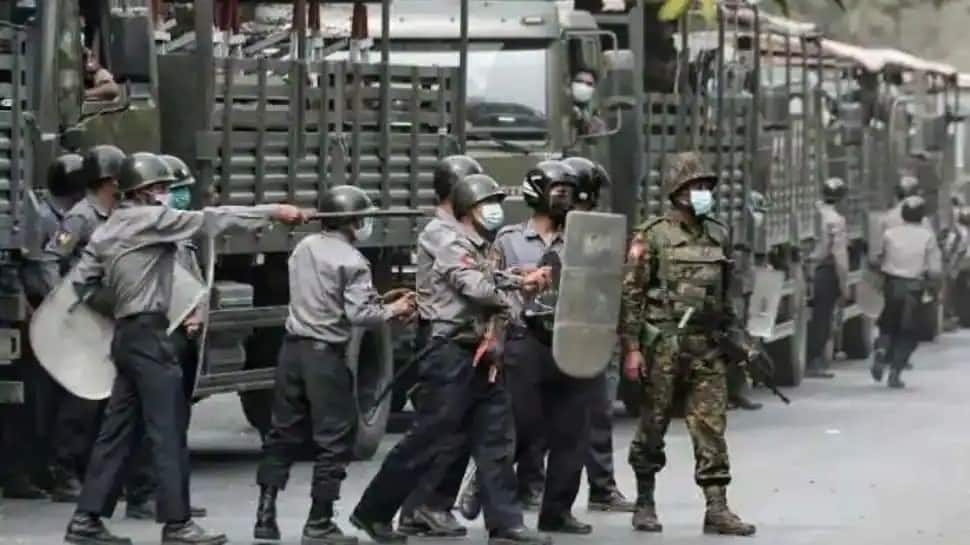 Washington: US Trade Representative Katherine Tai on Monday (March 29) announced the immediate suspension of all US trade engagement with Myanmar under the 2013 Trade and Investment Framework Agreement until the return of a democratically elected government.

Taking to Twitter, Katherine Tai said, "USTR (United States Trade Representative) will suspend all US trade engagement with Burma under the 2013 Trade and Investment Framework Agreement. We support the people of Burma`s efforts to restore a democratically elected government, which has been the foundation of Burma`s economic growth and reform."

"We strongly condemn the Burmese security forces’ brutal violence against civilians. The killing of peaceful protestors, students, workers, labor leaders, medics, and children has shocked the conscience of the international community," Tai tweeted.

She further said, "These actions are a direct assault on the country`s transition to democracy and the efforts of the Burmese people to achieve a peaceful and prosperous future."

Chief of Defense from various countries, including Australia, Canada, Germany, Greece, Italy, Japan, Denmark, Netherlands, New Zealand, the Republic of Korea, the United Kingdom, and the United States of America also condemned the bloodshed in Myanmar by the armed forces and associated security services.

Joint Chiefs of Staff released a joint statement on Sunday saying that "As Chiefs of Defense, we condemn the use of lethal force against unarmed people by the Myanmar Armed Forces and associated security services.”

At least 459 people have been killed across Myanmar as the military junta continued to crackdown on peaceful protests.

People took to the streets in Kachin State and Sagaing Region in the country`s north, as well as in Dawei in the south, with many making a three-finger salute, Kyodo News reported citing local media.

As many as 114 civilians were killed on Saturday, across Myanmar since the coup. Among those killed is a 13-year-old who was shot in her house after the junta`s armed forces opened fire in residential areas of Meikhtila.

On February 1, Myanmar`s military overthrew the civilian government and declared a year-long state of emergency while detaining civilian leaders including State Counsellor Aung San Suu Kyi. The coup triggered mass protests which were met by the junta`s deadly violence.