The event, that will take place on Sunday night (September 22), will house more than 50,000 Indian-Americans from across the US. The "Howdy, Modi! Shared Dreams, Bright Futures" event will be held at the sprawling NRG Stadium in Houston. 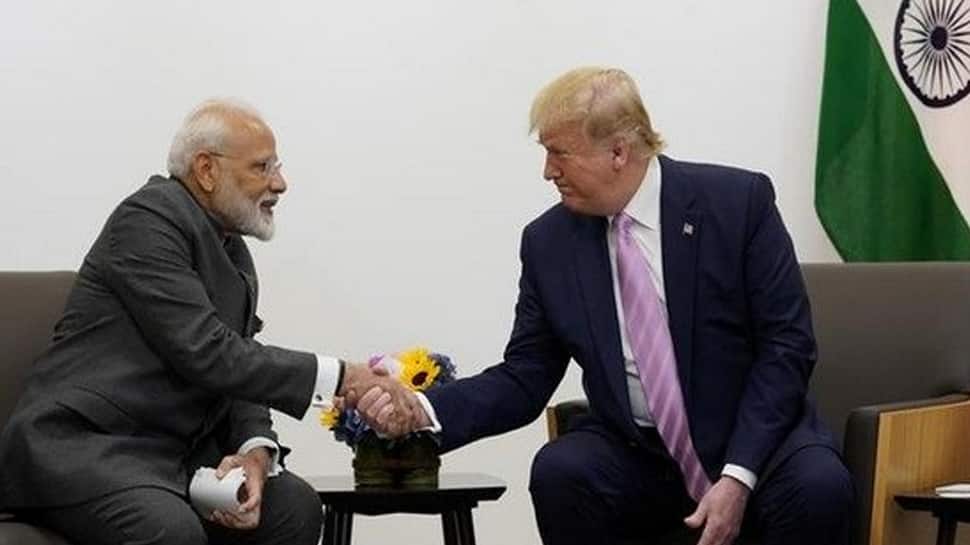 US President Donald Trump hinted that there "could be" a possible announcement when he shares a stage with Prime Minister Narendra Modi at the 'Howdy, Modi' event in Houston, Texas. Replying to a question on Wednesday about a possible announcement at the event, Trump replied: "could be". He also reiterated that he has a very good relationship with PM Modi and with India.

“Could be. I have a very good relationship with Prime Minister Modi. By the way, a great relationship with Pakistan and with India. But he’s got a big crowd coming and I guess the crowd just got a lot bigger because they just announced – he asked, would I go, and I will go. Then we’re stopping in Ohio on the way back and then I guess we do the United Nations the following week,” explained Trump.

The event, that will take place on Sunday night (September 22), will house more than 50,000 Indian-Americans from across the US. The "Howdy, Modi! Shared Dreams, Bright Futures" event will be held at the sprawling NRG Stadium in Houston.

This will be the first time that the two leaders will share a platform during an event together. It is a rare honour for a US President to appear at an ethnic meeting with a foreign leader and has not happened on the scale of the Houston rally in recent times.

The US President's remark comes a day after the Washington Examiner, quoting US officials and industry "insiders", on Tuesday said in a report that the two countries were "nearing a trade breakthrough" ahead of PM Modi`s visit to the US.

The organizers have put together a 90-minute cultural extravaganza - "Woven: The Indian-American Story". Huge billboards have sprung up across Houston and other places to welcome PM Modi on his US tour. Over 60 US lawmakers are expected to attend the event.

The “Howdy, Modi! Shared Dreams, Bright Futures” Community Summit attendees represent 48 states, coming together to emphasize the shared values and aspirations of two great nations whose partnership is important to global peace, prosperity, and human progress. This event brings together the US President, PM Modi, and a bipartisan delegation of Governors, Members of Congress, Mayors, and other public officials.