US President Joe Biden on Wednesday (May 12, 2021) spoke to Israeli Prime Minister Benjamin Netanyahu on Israel-Palestine conflict and said he hopes that the hostilities will come to a conclusion. 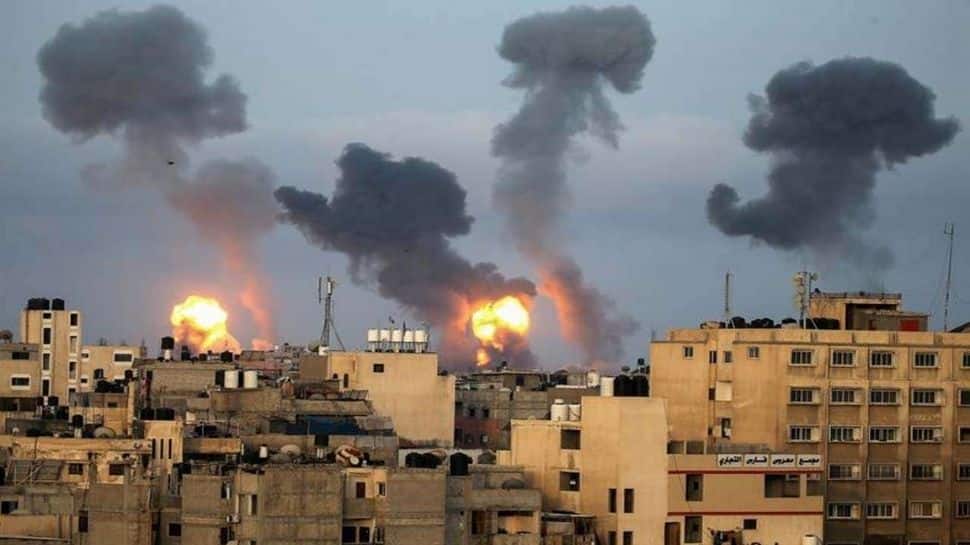 Gaza: US President Joe Biden on Wednesday (May 12, 2021) spoke to Israeli Prime Minister Benjamin Netanyahu on Israel-Palestine conflict and said he hopes that the hostilities will come to a conclusion.

The discussion comes in the backdrop of the ongoing Hamas 'rocket barrage' on Israel, following three days of intense standoff between the two neighbours.

"My expectation and hope is that this will be closing down sooner than later. But Israel has a right to defend itself when you have thousands of rockets flying into your territory. But I had a conversation for a while with the -- with the Prime Minister of Israel. And I think that -- my hope is that we will see this coming to a conclusion sooner than later," Biden told reporters at the White House.

The US President was witnessed speaking on the Israel-Palestine conflict issue for the first time since the violence erupted at the start of the week.

As per the reports, the US President conveyed his unwavering support for Israel's security and its legitimate right to defend its people, while protecting civilians. Joe Biden also conveyed the US encouragement of a pathway toward restoring a sustainable calm and shared his conviction that Jerusalem, a city of such importance to people of faith from around the world, must be a place of peace.

As per the White House, both the leaders agreed to maintain the close consultation between their teams, which includes constant engagement and proper communication of channels between their respective foreign ministers, defence ministers, chiefs of defence, and national security advisors.

Meanwhile, foreign media reports suggest that heavy bombardment on the Gaza Strip continued, which also killed Hamas Gaza City commander, Bassem Issa, in one of the Israeli airstrikes along with some other prominent senior members.

Additionally, the Gaza’s Health Ministry revealed that at least 65 Palestinians, which includes 16 children and five women, have been killed and over 365 people have been wounded in this conflict.

As per the Israeli army, shockingly, over 180 rockets were targeted at Israel since 6 am on Wednesday, out of which 40 fell in Gaza. After which the IDF, in response, launched strikes on upwards of 500 targets in the Gaza Strip.

The Israeli police also added that it arrested over 374 people last night for rioting and 36 cops were hurt during the process, revealed The Times of Israel.

The ongoing violence between Israel and Palestine marks a dramatic escalation of tensions linked to the potential eviction of Palestinian families from East Jerusalem by Israeli settlers and access to one of the most sacred sites in the city, which is a key hub for Islam, Judaism and Christianity.

Tensions between Israel and Palestine are rapidly rising with the ramping up of rocket attacks and the United Nations has warned that the conflict is moving towards a `full-scale war`.

The United Nations Special Coordinator for the Middle East, Tor Wennesland, took it to Twitter to call on both sides to de-escalate tensions the day before.

"Stop the fire immediately. We are escalating towards a full scale war. Leaders on all sides have to take the responsibility of de-escalation. The cost of war in Gaza is devastating and is being paid by ordinary people. The UN is working with all sides to restore calm. Stop the violence now," he tweeted.

Stop the fire immediately. We’re escalating towards a full scale war. Leaders on all sides have to take the responsibility of deescalation. The cost of war in Gaza is devastating & is being paid by ordinary people. UN is working w/ all sides to restore calm. Stop the violence now