Hardik Pandya has to work harder to be consistent: MI coach Mahela Jayawardene

Opener Suryakumar Yadav (34) and Krunal Pandya (24) were the only batsmen to reach double figures as Mumbai suffered a 31-run loss, their fifth defeat in six IPL matches. 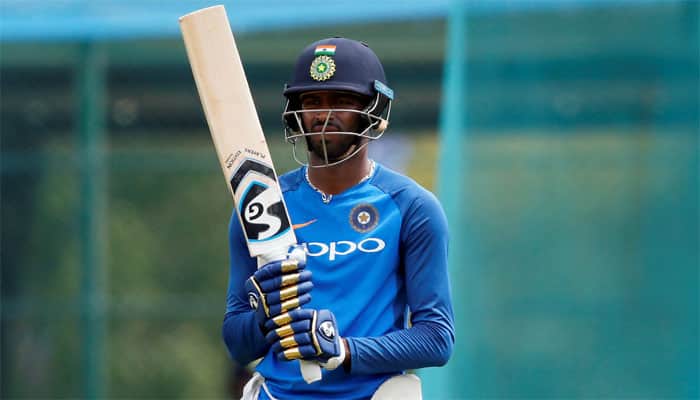 Mumbai: Young players, including Hardik Pandya, need to work harder and evolve to become a consistent cricketer, said Mumbai Indians coach Mahela Jayawardane. Defending champions Mumbai Indians failed to chase a target of 119 after being bowled out for 87 in 18.5 overs in their IPL fixture last night.

Opener Suryakumar Yadav (34) and Krunal Pandya (24) were the only batsmen to reach double figures as Mumbai suffered a 31-run loss, their fifth defeat in six IPL matches. "Every year you can't bat the same way, if people don't evolve and improve, there is no progress. Young guys like Hardik will learn that and need to work harder, the talent alone will not get you," Jayawardene said.

"Leading the game and thinking about the game, that's the part they need to keep learning and specially with good international bowlers coming and doing various things you have to evolve otherwise you won't be able to be consistent."

Disappointed at the loss, Jayawardane blamed the batsmen for not taking responsibility during their chase. "Today I am disappointed. Some of the matches we lost, I thought we played good cricket, they could have gone either way, it is T20 cricket," he said.

"We just probably played the wicket thinking there is going to be demons out there and we just have to knock it around. We did not take any responsibility, so that part is quite disappointing. The dew came in as we expected after 10 overs, so no one took responsibility that is quite sad," Jayawardene said.

The former Sri Lankan captain said Mumbai batsmen should have exploited the young attack of Sunrisers Hyderabad, who were without the services of Bhuvneshwar Kumar. "We didn't play with our heads today. We really didn't have to take chances against their main bowlers. We had to knock it around and then may be couple of bowlers we could have attacked," he said.

"They were not there with their full strength, with no Bhuvi, they had their young attack and we could have taken advantage of that, so thinking wise we were very poor."

Afghanistan leg-spinner Rashid Khan, who starred in Sunrisers Hyderabad's 31-run win, said he bowled quicker than other leggies and his quick arm action has helped him. "I'm a little bit different from other legspinners. I bowl quicker than them and I have a quick arm action, which makes it difficult (for the batsmen) to judge which way the ball is going. That's the plus point for me. I'm taking advantage of that and that's helping me," Khan said.

Sunrisers Hyderabad were bundled out for a paltry 118, but their bowlers in absence of pacers Bhuvneshwar Kumar and Billy Stanlake, who has been ruled out of IPL, rose to the occasion and bowled out the hosts for 87, giving the team their fourth win.

Khan said his team relied on their bowlers to earn the victory after being let down by batsmen. "We did not have a good a total on the board, but (we knew) we had a very good bowling attack. It was about believing in ourselves. Wicket isn't as easy (to bat on). If we can't do it, we won't let them do it either. So everyone was positive and doing their best," the leg-spinner said.