One month and three weeks of action-packed tournament comes down to Sunday's final, where the two Maharashtrian sides will face off for the fourth time this season. 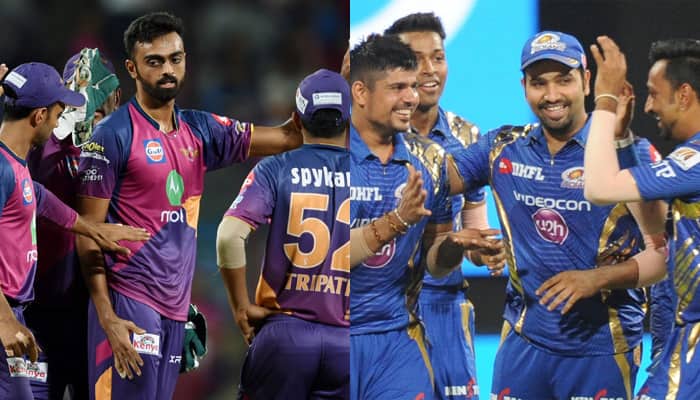 New Delhi: Friday's showdown at M Chinaswamy stadium confirmed Mumbai Indians as the second finalists, with the other being Rising Pune Supergiant, of the Indian Premier League 2017. The latter had defeated the former three nights earlier in the Qualifier 1 to blaze into their maiden final.

Both the teams sure survived tough journeys before earning their respective rights to fight for the coveted title in the world's premier T20 tournament. One month and three weeks of action-packed tournament comes down to Sunday's final, where the two Maharashtrian sides will face off for the fourth time this season.

And here is a glimpse of their top moments, their top players and their road to the finale...

Termed as the 'Underdogs', the team made ample headlines post IPL auction. On paper they were truly the Giants, but all were overshadowed after the announcement of MS Dhoni being removed as the captain.

Under the new skipper, Steve Smith, RPS faltered in the initial matches, but soon took off after their thumping win over Mumbai Indians at home. From out of nowhere, the Pune-based franchise slowly and silently crawled up the ladder. In the end, they settled for the second spot after defeating Kings XI Punjab in a virtual quarter-final. 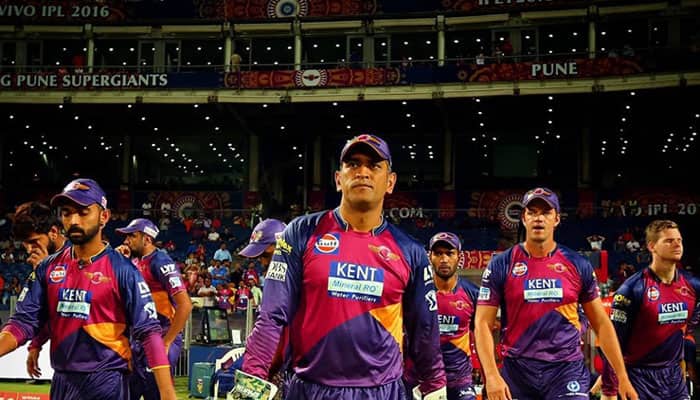 Road to the finale:
1) vs MI, at MCA stadium, Pune: RPS won their second match on the road after a bad start. Smith and Ajinkya Rahane played splendid knocks with both scoring their respective fifties. Unsold Imran Tahir too showed his worth with his deceptive googlies to scalp 3/28. RPS won by seven wickets.

2) vs RCB at M Chinnaswamy Stadium, Bengaluru: RPS registered yet another win after three successive defeats at the hands of KXIP, Delhi Daredevils and The Gujarat Lions. Royal Challengers Bangalore went down chasing a modest taget set forth by the Steve Smith-led army. Shardul Thakur took three wickets, while Unadkat took two as RPS won by 27 runs.

3) vs SRH at MCA Stadium, Pune: After few dismal performances with the bat which helped critics point fingers at him, MS Dhoni sparkled the night with a brilliant knock of 61 not out, and so did young Rahul Tripathi (59). RPS chased down Hyderabad's total of 176 to win by six wickets.

4) vs MI, at Wankhede Stadium, Mumbai: Impressive pace attack of Ben Stokes and Jaydev Unadkat, and with little assistance from 17-year-old spinner Washington Sundar helped Pune stopped the Mumbai juggernaut in the the last over. RPS won by just three runs.

5) vs KXIP, at MCA Stadium, Pune: Dubbed as a virtual quarter-final, RPS made a complete mockery out of Punjab's batting line-up. A scintillating all-round performance by Unadkat, spectacular bowling by Shardul Thakur bundled out KXIP for mere 73 runs. Pune won by nine wickets to storm into the play-offs.

6) Qualifier 1, vs MI, at Wankhede Stadium, Mumbai: With the absence of Stokes and Tahir threatening to derail their campaign, Pune went ahead to face Mumbai for the third time. Rahane and Manoj Tiwary notched up their fifties, then Dhoni whacked 40 off 26 deliveries to set a defendable target of 163. And courtesy to Sundar and Thakur, with both taking three wickets each, RPS once again defeated MI, this time by 20 runs. The victory put Pune into their maiden final. 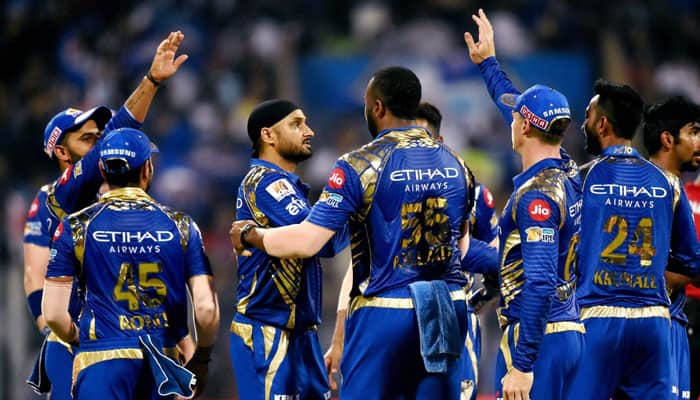 The usual slow starters were on a roller-coaster ride right from the start this season, with victories coming like easy boundaries, until they bumped into RPS. And it has once again come back to the same hurdle as Mumbai aim to leap over the hurdle.

Road to the finale:

1) vs RPS, at MCA Stadium, Pune: Mumbai tasted their first defeat in their satellite town. Smith's 84 and Rahane's 60 combining with Tahir's three wicket-haul proved too much for Rohit Sharma & Co. MI lost the match by seven wickets.

2) vs KKR, at Wankhede Stadium, Mumbai: Young Nitish Rana's impressive 50 off just 29 deliveries along with Hardik Pandya's late blitz of 29 off 11 balls helped Mumbai chase down 178, set by their bunny team KKR. MI won by 4 wickets.

3) vs KXIP, at Holkar Stadium, Indore: An 81-run opening stand between Parthiv and Jos Buttler along with an astonishing knock of 62 runs by Rana, overshadowed Hashim Amla's century as Mumbai successfully chased down a massive target of 199. MI won by eight wickets.

4) vs GL, at SCA Stadium, Rajkot: Gujarat's ravishing performance with the ball helped them defend their modest total of 153. But it was Jasprit Bumrah, who outfoxed two hard-hitting overseas batsmen to deny clear hits and helped MI defend 11-run target in the season's first super over.

5) vs DD, at Feroz Shah Kotla Stadium, Delhi: Lendl Simmons returned to stitch a brilliant partnership with fellow West Indian Kieron Pollard and set a massive target of 213 for the home side. Karn Sharma and Harbhajan Singh spun a web of spin, taking three wickets each as Delhi crumbled to 66 all out.

6) Qualifier 2, vs KKR, at M Chinnaswamy Stadium, Bengaluru: Karn (4/16) once again played an instrumental role along side Bumrah (3/7) to register their third successive win over KKR this season. The win confirmed them as the second finalists of the 10th season of IPL.

IPL 2017, Mumbai Indians vs Rising Pune Supergiant: All you need to know about the big final