IPL 2017 Final, RPS vs MI: I had faith in my bowlers during death overs, says Rohit Sharma

Rising Pune Supergiant were on course to win the title but the MI pace trio of Lasith Malinga, Jasprit Bumrah and Mitchell Johnson choked the rivals to script a thrilling win. 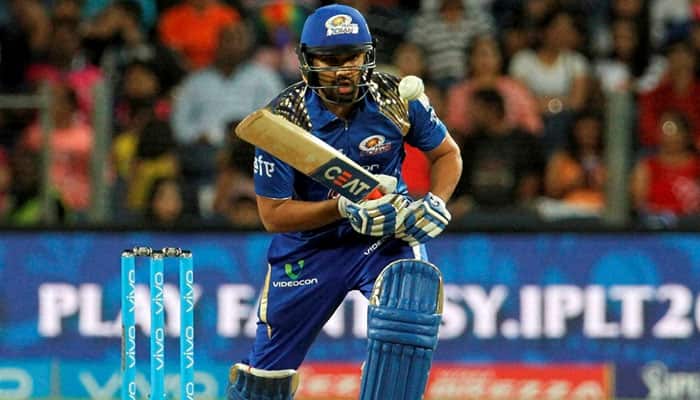 Hyderabad: His bowlers pulled off an incredible win under pressure and Mumbai Indians skipper Rohit Sharma said that he always had faith in his pacers to deliver in crunch situation.

Rising Pune Supergiant were on course to win the title but the MI pace trio of Lasith Malinga, Jasprit Bumrah and Mitchell Johnson choked the rivals to script a thrilling win.

"There was assistance from the pitch, so it was a matter of exploiting the conditions. When three overs were left, I had confidence in the bowlers. They have always done the job wherever they've played. It was about giving freedom to them because they're the masters and they've done it before. I just told them to do whatever they want and set the field accordingly," MI skipper Rohit said after the match.

"I'm calm now. It was a great game of cricket. I'm sure the spectators enjoyed it. To be able to defend a score like this was a brilliant effort, I couldn't ask for more. Whenever you're defending a total like that, the first thing you'e to do is believe. I told the boys if we could do it against KKR (105) there was no way we couldn't do it here. "

Bumrah said,"The way we fought was absolutely amazing. We thought we can defend, we have the bowlers."

Johnson, who took two wickets in the last over, said"I wasn't thinking much. I had a clear plan, to bowl at the stumps. Pressure situations are you are playing game for. I have done that before. It's my second time (IPL titles)."

"The first half wasn't good for us. But we thought right and the performance followed. Some amazing bowling and great fielding in the pressure situations."