"These kinds of things can happen in this format when someone like (Mahendra Singh) Dhoni is batting. Obviously we were in control, but I won't say it (loss) was just because of those two overs," said wicket-keeper Patel in the post-match media conference at the Wankhede Stadium. 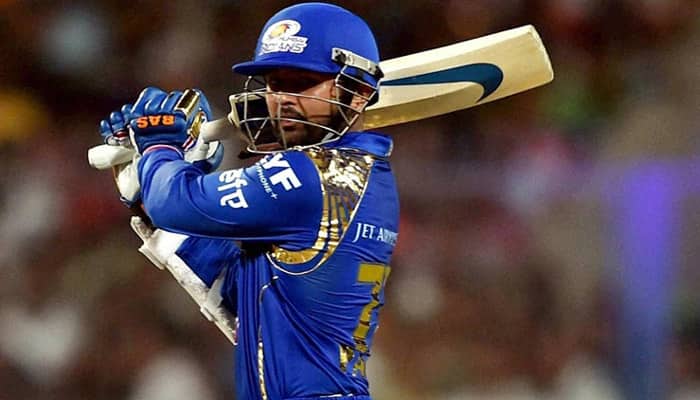 Mumbai: Mumbai Indians had things well in control before losing the plot in the last two overs that cost them 41 overs but opener Parthiv Patel refused suggestions that it affected their chances in the Qualifier 1 of the IPL.

"These kinds of things can happen in this format when someone like (Mahendra Singh) Dhoni is batting. Obviously we were in control, but I won't say it (loss) was just because of those two overs," said wicket-keeper Patel in the post-match media conference at the Wankhede Stadium.

Patel defended Bumrah for bowling short of a length instead of yorkers in the first four balls of the last over.

"If you see the last couple of games or even last year, he had been successful against Dhoni with the kind of length he was bowling. He obviously is a good player and has been bowling brilliantly throughout the tournament. You got to sometimes give credit to the batsman.

"(After) one odd game like this, you have to give credit to someone (Dhoni) who has played so many knocks like this." Bumrah bowled successive dot-ball yorkers to Dhoni to end the over and the innings.

Patel did not agree to the suggestion that resting some key players in the previous game, which was MI's last of the round-robin phase, had taken away some edge off their intensity as he felt the break was needed for all to recharge.

"Not really. I had niggle and stayed back. I played with niggles in the last three or four games. It (break) was needed and rightly so and we were sure of the first or second position," said the pint-sized 'keeper-batsman who top-scored for his side with a 52-run knock.

Patel was of the opinion that the 160-odd that the Supergiant scored was "par score" on the Wankhede track.

"We were thinking 160, but we lost too many wickets after six overs," he said referring to Supergiant rookie slow bowler, Washinton Sundar's triple strike early on that had Mumbai stuttering 51 for 4 after 8 overs.

"You can look at it in both ways. Seeing all right- handers it was decided to go in with two away going (spinning) bowlers," said Patel on the decision to leave out Harbhajan and include leggie Karn Sharma and left arm Krunal Pandya.

All is not lost for MI in their quest for the title, pointed out Patel and said the key now ahead of the Eliminator in Bengaluru on May 19 was to put the loss to Supergiant on the back burner.

"We got to believe in ourselves. We got another chance because we played well throughout the tournament. That's the reason we got another chance of playing the Eliminator. It's very important for us to forget what has happened today and treat the next game as the semi final."