History had witnessed their dominance over the Knight Riders in this season. But they had to come out with something to astonish the Kolkata side once again and reach their fourth IPL final. And they did so, this time with the ball. 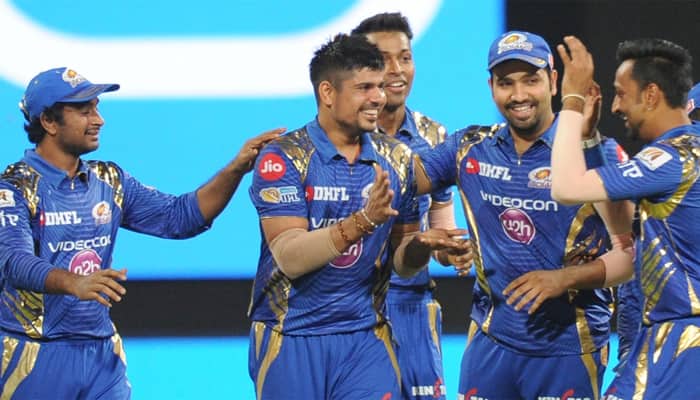 New Delhi: Mumbai Indians displayed an impressive all-round performance to edge past Kolkata Knight Riders winning by six-wickets, in Qualifier 2 of the 10th season of Indian Premier League (IPL). But there was one side of the Mumbai-based team that outshone the others, and that made all the difference. It was there gamble with the bowling attack.

History had witnessed their dominance over the Knight Riders in this season. But they had to come out with something to astonish the Kolkata side once again and reach their fourth IPL final. And they did so, this time with the ball.

Winning the toss, Rohit Sharma confidently chose to bowl first. As usual, it was left-arm action opening up their attack. Not with Mitchell McClenaghan, but with Mitchell Johnson, with the former down with injury. However, that wasn't the factor. It was the bowler for the second over that made the difference.

For the first time this season, Jasprit Bumrah was given the new ball. His pecular bowling action angles in the delivery to right-handed batsmen and the pitch would give him the extra bounce. MI is one team, that has always come up with different ideas for each batsmen during the power-plays. This time the target was Chris Lynn. Jasprit's bowling action would make it difficult for the Aussie play grounded strokes. And it did work. Third ball off his first over, Lynn lofts it to Pollard at long-on and Mumbai drew first blood. For the first time this season, Lynnsanity failed to flirt with the boundary.

Even Robin Uthappa faced a similar treatment in the sixth over. Length, quickish delivery, angling in to deceive Uthappa and the ball strikes his pad in line with leg stump.

Speaking about this strategy, skipper Rohit Sharma said, "We all know that Bumrah is a wicket taking bowler and Kolkata, they have a heavy batting line-up. Our main plan was the early top order collapse and we thought that probably Bumrah was the man who could do the task. Some plans work out and others don't. Fortunately this panned out for us and here we are into the final"

That was the first gamble. Second – Karn Sharma not being replaced by the experienced Harbhajan Singh. The latter has had a rather splendid form, when it comes to IPL play-offs, even then he was snubbed. Bhajji was also instrumental in Mumbai's dual trophy clinch in 2013 and 2015. But MI stuck with Karn.

Introduced early, in the power-play overs, Karn bamboozled Sunil Narine with a googly that spun past his bat and Parthiv Patel stumped him out. The west Indian, a few nights earlier had battered his own country-mate Samuel Badree, another leg-spinner to score second fastest T20 fifty.

He came back in the seventh over to dismiss Gautam Gambhir and Colin de Grandhomme on successive deliveries to reduce KKR's top order batsmen to 31/5 in 7 overs.

The duo was also instrumental in breaking the middle-order partnership of Ishank Jaggi and Suraykumar Yadav, with the leggie taking former's wicket and finishing off at his T20 best of 4/16 in four overs.

"It is actually necessary to keep changing the bowling attack, or else the batsmen might get used to it. One should keep the batsman guessing as to what comes next," said Rohit Sharma. "It has been tried quite a number of times this season by other teams and now we went for it."

The pace-spin combo, together scalped 7 wickets, Johnson took two and Lasith Malinga took the final wicket to reduce Kolkata to a below-par 107 in just 18.5 overs.

With the bat, Mumbai faltered initially, but Krunal Pandya patient knock of 45 runs in 30 deliveries lifted Mumbai into the fourth IPL final.

Mumbai's clever bowling strategy will once again be put to test when they take on state cousins Rising Pune Supergiant for the fourth time this season on Sunday finale.