By winning this game, KKR broke RR's streak of 9 wins at their fortress. 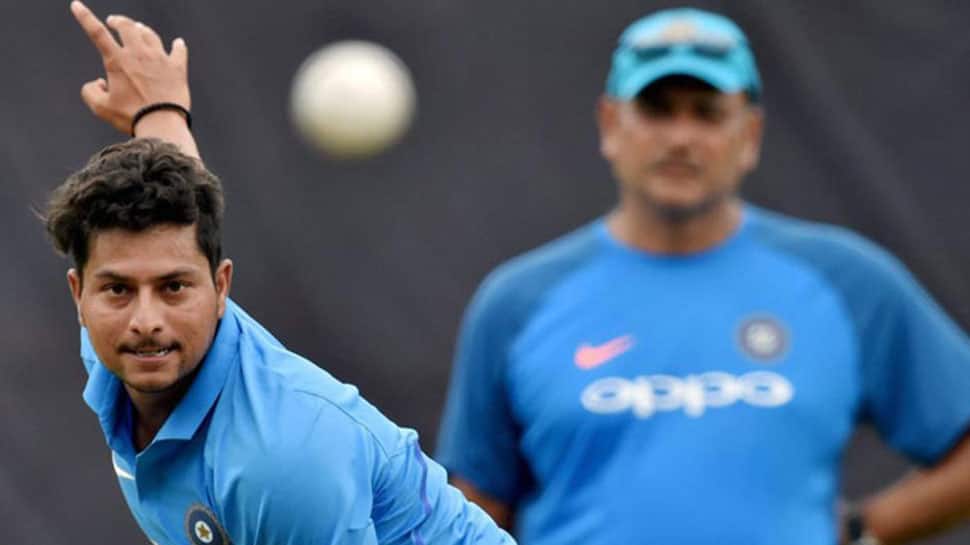 New Delhi: First and foremost, it were the KKR spinners who restricted hosts RR to an underwhelming 160. Later, cameos from Robin Uthappa, Sunil Narine, Dinesh Karthik and Nitish Rana ensured KKR won their third game in the IPL campaign at Jaipur on Wednesday. KKR won the match comfortably by 7 wickets, overhauling RR's 160 with 7 balls to spare. By winning this game, KKR broke RR's streak of 9 wins at their fortress.

Narine started in his trademark fashion and flayed the RR bowling around the park. The RR bowling too provided him width and never cramped him for space or aimed his body. Uthappa too flourished alongside him as he too picked his spot well and kept getting boundaries. With the chase not a tall ask, the duo showed no urgency to manufacture shots and kept the going simple. They attacked the loose deliveries and punished width. KKR were helped by the second wicket stand of 69 and later a 32-run stand between Uthappa and Nitish Rana. In the end, Karthik showed glimpses of his form during the Indian colours and finished the game off with a six. Both Karthik and Rana ended with an unbroken stand of 61.

But on Wednesday, it was all about KKR bowling and a stroke of genius from skipper Dinesh Karthik. As the saying goes, a captain is as good as his bowlers. It suited Dinesh Karthik as his smart decisions against RR paid rich dividends. It was his bowlers, especially spinners who stood up for him and ensured KKR tightened the noose.

Realising the need to start with spinners against RR openers Ajinkya Rahane and D'Arcy Short proved fruitful as both the batters prefer pace at the start. But facing spin upfront meant they could not get used to the pace of the wicket. Moreover, spinners Piyush Chawla hit the good length area mixing up his variations to keep Short guessing.

In a T20, it is the first six overs that set the tone for a team putting a total and failure to dominate that phase could lead you to play catch up in the next 14 overs.

With the wicket dry, Karthik realised that it will be spin that will make the difference. So he bowled three overs from Chawla in the powerplay. The UP spinner gave 13 runs in three overs. Only Sunil Narine looked out of sorts as he gave 18 runs in the fourth over and RR had some respite. But he made up for his poor bowling with the bat as he scored 34 in 24 balls to put KKR on course for the chase.

If you minus Narine's overs, who proved to be the most expensive, Chawla, Yadav and Nitish Rana not only bowled tight but also picked wickets to put hosts under pressure at their fortress. Yes, Rahane was desperate to score at a brisk pace after RR were 48/0 in the powerplay, he was stumped the next over by Rana. That was a huge wicket as had Rahane stood there for a longer time, the equation could have been different. It was Rahane who had started to play shots and should have carried his bat through.

Karthik made sure he channelised his resources in a way that all his quick bowlers were used in the period from over 9-12 ensuring he has quite some overs left of his spinners.

Once Short milked the pacers, Karthik brought in the golden arm Rana and without any doubt, he provided the breakthrough. Strike two. And then when Stokes came out to bat, he brought in Chawla who got him pulling his length a touch short forcing him to hole out. Combining the ten overs bowled by Chawla, Rana and Yadav, the three of them only gave 52 runs and also shared 4 wickets between them. On a day when Narine was hit for 48 in his four overs, the other three spinners made sure Narine's off-day didn't pinch them much.

D'Arcy Short's frailties against spin not only forced him to waste a lot of balls but also put RR under the pump. He had been the find of BBL back home and his exploits on bouncy pitches attracted Rajasthan buyers to invest a huge amount in him.

But what they forgot was that he might fail to spark against a bowling type which dominates the IPL. Spinners. And on Wednesday, when he faced KKR spinners, he got stuck in his crease. The first three overs yielded just 9 runs, motivating Karthik to keep using his spinners. On the other hand, Ajinkya Rahane was constantly getting under pressure and took his chances in the fourth over to get 18 off Sunil Narine's over. But a lull from the other end meant he had to do something different. Rahane was using his feet well but Short just failed to take a clue from his skippers about how to tackle spin.

At the end of 8th over, Short was batting on 18 off 27 balls. Never once he tried to step out and tried to force himself on the bowlers. The KKR spinners conveniently stuck to an in-between length cramping him for space.

RR also suffered as they also struggled to capitalise on stands. First, it was Rahane, who got out when RR were 54. Then, it was Short who was castled at the most crucial juncture. It was the thirteenth over and RR were 98/2. He was batting on 44 off 43 balls and could have shown a glimpse of his BBL hitting here in IPL. But again, he caved in against spin and pushed RR on the backfoot, putting an end to a 36-run stand alongside Rahul Tripathi.

With the team playing catch up cricket, they could never build partnerships and kept losing wickets at regular intervals in their bid to go for a big total.