KKR middle-order batsman Nitish Rana is third on the batting list with 162 runs in 5 innings. 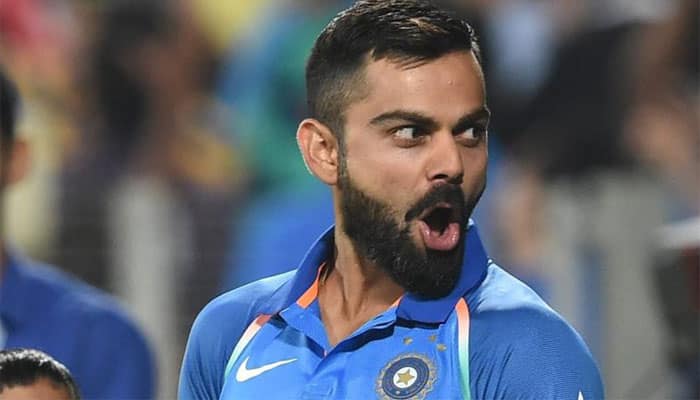 Bangalore captain Kohli made 92 not out off 62 balls against Mumbai to take his tally to 201 runs in 4 matches and go past Rajasthan's Sanju Samson (178 in three matches). On Wednesday, Samson added just 8 runs to his tally to go to 185 runs. KKR middle-order batsman Nitish Rana is third on the batting list with 162 runs in 5 innings.

Mumbai spinner Mayank Markande, meanwhile, retained the Purple cap having taken his tally to eight wickets in four matches. Bangalore's Chris Woakes also joined him on eight wickets but a lesser economy and average kept him in second place.

On Wednesday, KKR had a field day in Jaipur as they beat RR by 7 wickets. First it were the KKR spinners who restricted hosts RR to an underwhelming 160. Later, cameos from Robin Uthappa, Sunil Narine, Dinesh Karthik and Nitish Rana ensured KKR won their third game in the IPL campaign at Jaipur on Wednesday. KKR won the match comfortably, overhauling RR's 160 with 7 balls to spare. By winning this game, KKR broke RR's streak of 9 wins at their fortress.

Narine started in his trademark fashion and flayed the RR bowling around the park. The RR bowling too provided him width and never cramped him for space or aimed his body. Uthappa too flourished alongside him as he too picked his spot well and kept getting boundaries. With the chase not a tall ask, the duo showed no urgency to manufacture shots and kept the going simple. They attacked the loose deliveries and punished width. KKR were helped by the second wicket stand of 69 and later a 32-run stand between Uthappa and Nitish Rana. In the end, Karthik showed glimpses of his form during the Indian colours and finished the game off with a six. Both Karthik and Rana ended with an unbroken stand of 61.