Mumbai captain Rohit Sharma won the toss and opted to bat against Pune in the title clash. 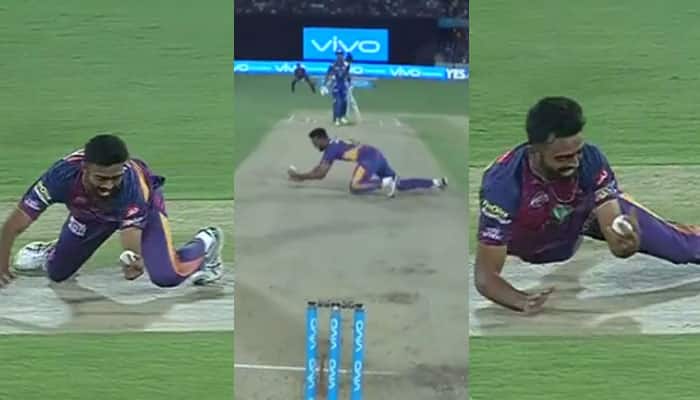 New Delhi: He entered the tournament as one of the many unheralded players, but once given the opportunity, there was no looking back. Well, we are talking about Jaydev Unadkat, the Rising Pune Supergiant pacer, who has rocked the Indian Premier League this season.

The 25-year-old from Porbandar in Gujarat has shown his brilliance with the ball. But that's not all. He has also produced some stunning fielding efforts in the 10th season of world's most watch cricket league.

And he was at his best in the final against Mumbai Indians at Hyderabad. Opening the attack with the new ball, the left-arm seamer conceded only three singles against Mumbai openers Lendl Simmons and Pathiv Patel, both known for their swashbuckling strikes.

Then, came a super over.

He started the third over with a wicket, that of Patel, caught at mid-on by a waiting Shardul Thakur. It was a brilliantly executed off-cutter, which Patel failed to read.

It was followed by a dot ball, then a single. He followed it up with a 'what a catch' return catch to send back Lendl back. Another off-cutter, and it deceived the West Indian. Result, a return ball, which Unadkat completed with a brilliant diving catch to his left.

Earlier, Mumbai captain Rohit Sharma won the toss and opted to bat against Pune in the title clash.