His efforts reminded the class of Jonty Rhodes​, but the Indian all-rounder was sure setting new fielding standards. 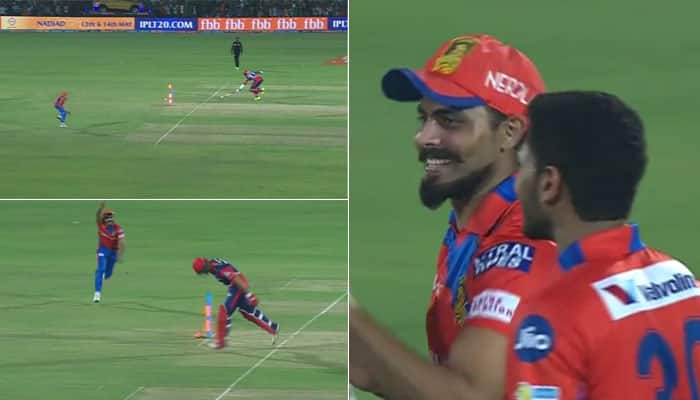 New Delhi: The Ravindra Jadeja-lightning struck twice on Wednesday at Kanpur as the Gujarat Lions all-rounder sent back both Marlon Samuels and Corey Anderson with brilliant run-outs.

In their inconsequential Indian Premier League (IPL) match, Jadeja provided the spark with his lightening fielding efforts from either side of the wickets. His efforts reminded the class of Jonty Rhodes​, but the Indian all-rounder was sure setting new fielding standards.

Off the last ball of 10th over, Shreyas Iyer played James Faulkner's delivery towards point and took of four a single. But there was Jadeja patrolling, and the fielder hit the stumps from some distance. Direct, and gone.

Then, in the 12th over, Jadeja sent back dangerous Corey Anderson with yet another direct hit. The Kiwi played Basil Thampi's fourth ball of the over, and tried to steal a single. But seeing Jadeja prowling on the ball, he turned back. But the damage was already done.

The Lions, however, lost the match by two wickets with Iyer's 96 off 57 balls proving the difference between the two teams.