Actor Kangana Ranaut took a dig at the poet-lyricist Javed Akhtar in an Instagram post shared on Monday (September 20). 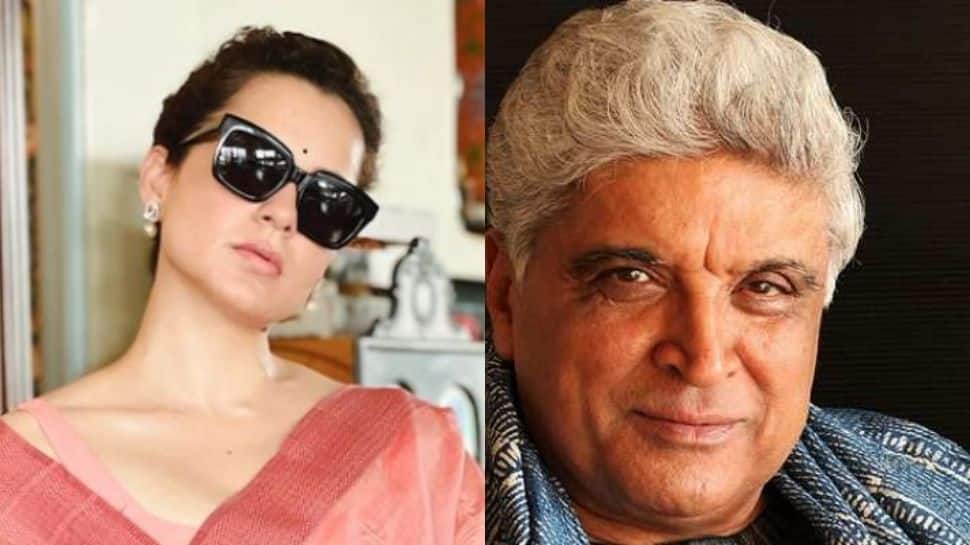 New Delhi: Actor Kangana Ranaut took a dig at the poet-lyricist Javed Akhtar before she headed to the Andheri Court in Mumbai for the hearing of the defamation case against her by Akhtar.

Kangana shared a series of glamorous pictures of herself on her Instagram handle. She posed for pictures draped in a peach coloured saree teamed with stylish black sunglasses.

"Remember those who can`t make you, they can`t break you either.... Also when in these eye of the storm ..... look it in the eye and .... POSE .... Today was the hearing of Javed Akhtar case which he filed under Shiv Sena pressure.... Lone warrior facing hyenas that too in style....," the `Queen` actor wrote.

Kangana`s fans chimed into the comments section to encourage her and wish her luck for the court hearing.

"Confident like a women should be," one fan wrote.

Another user wrote, "You are an unbreakable diamond."Kangana later appeared before the Andheri Court in the hearing of the defamation case against her filed by Akthar.

Akhtar had filed a criminal defamation complaint on November 3, 2020, against the actor over her reported remarks dragging his name in her feud with actor Hrithik Roshan.

Akhtar has taken objection to certain remarks made by Kangana during an interview on a TV news channel, according to the complaint.

Kangana has now filed a counter-complaint against Akhtar accusing the lyricist of "extortion and criminal intimidation."During the hearing, Kangana`s lawyer Rizwan Siddique said that the actor has lost faith in the court, after hearing of Akhtar`s matter and she is seeking a transfer of her case, along with the defamation suit against her from this court.

The court adjourned the hearing of the defamation case till November 15.