Malaika Arora treats herself at salon ahead of birthday, dons crop jacket over bra

Actress-dancer Malaika Arora is celebrating her 48th birthday on October 23. She decided to pamper herself with a relaxing salon session a day before. The diva slipped into a comfy attire for her salon visit, however, little did she know that she would end up setting the internet abuzz with her stylish outing. Her sensuous look in this white and maroon ensemble will definitely make your heart skip a beat.

On Friday afternoon, Malaika was papped by the shutterbugs while she was stepping out of a salon in Mumbai. Check out her photos below: 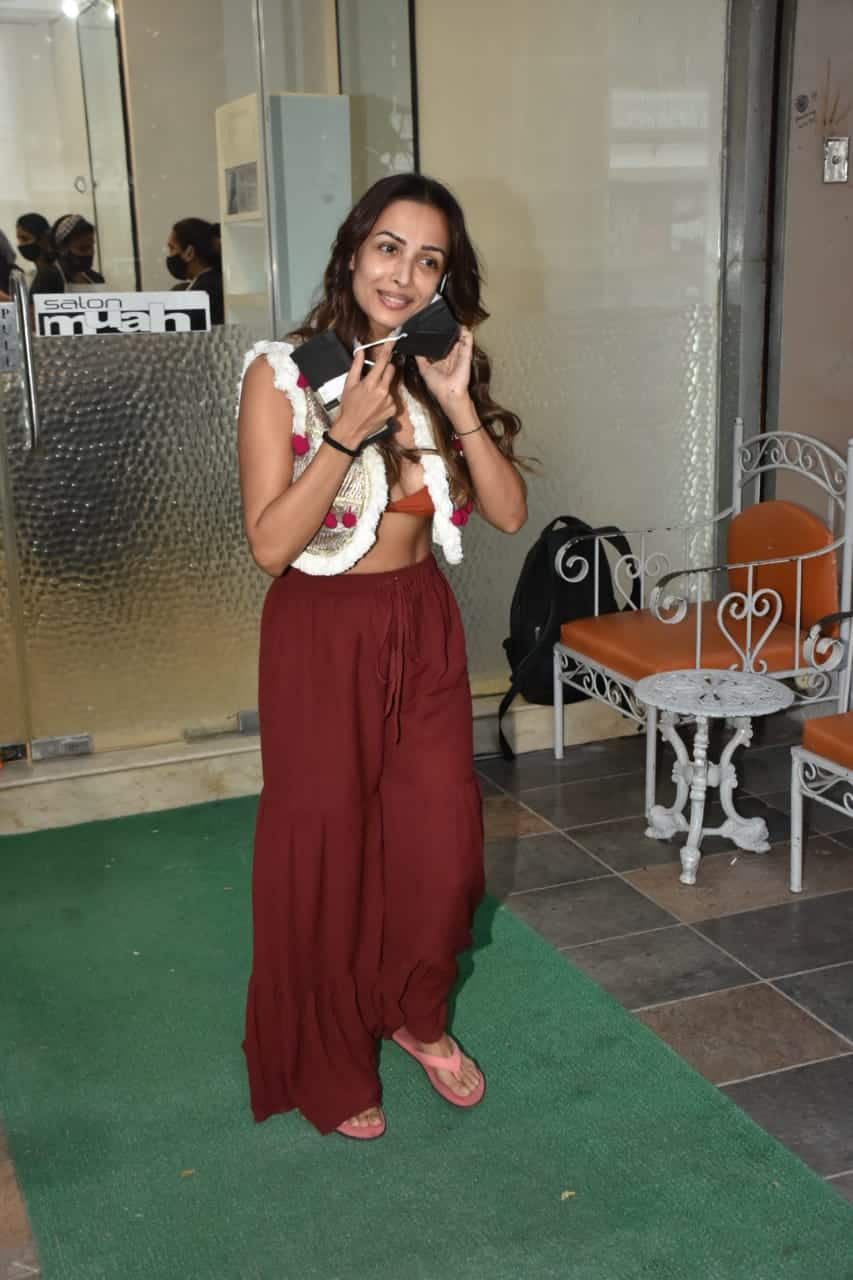 Malaika Arora is known for making super stylish public appearances. The lady is often known to raise mercury with her 'Oh SOO HAWT' looks. And this time it was no different. 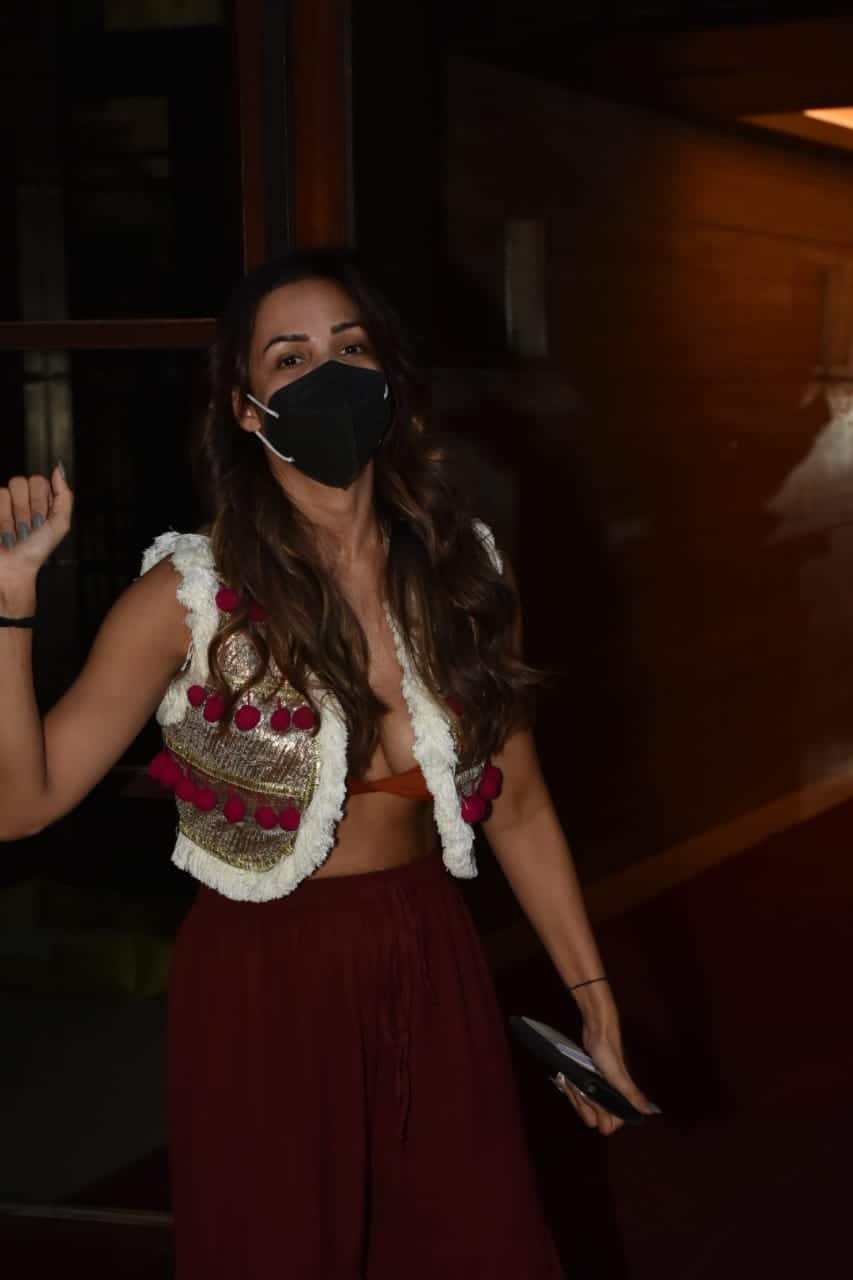 Malaika was seen in a white crop jacket which she wore over a brick-colored bralette. She wore maroon tiered flared bottom and kept her tresses open. The diva as usual looked super chic in her latest avatar. 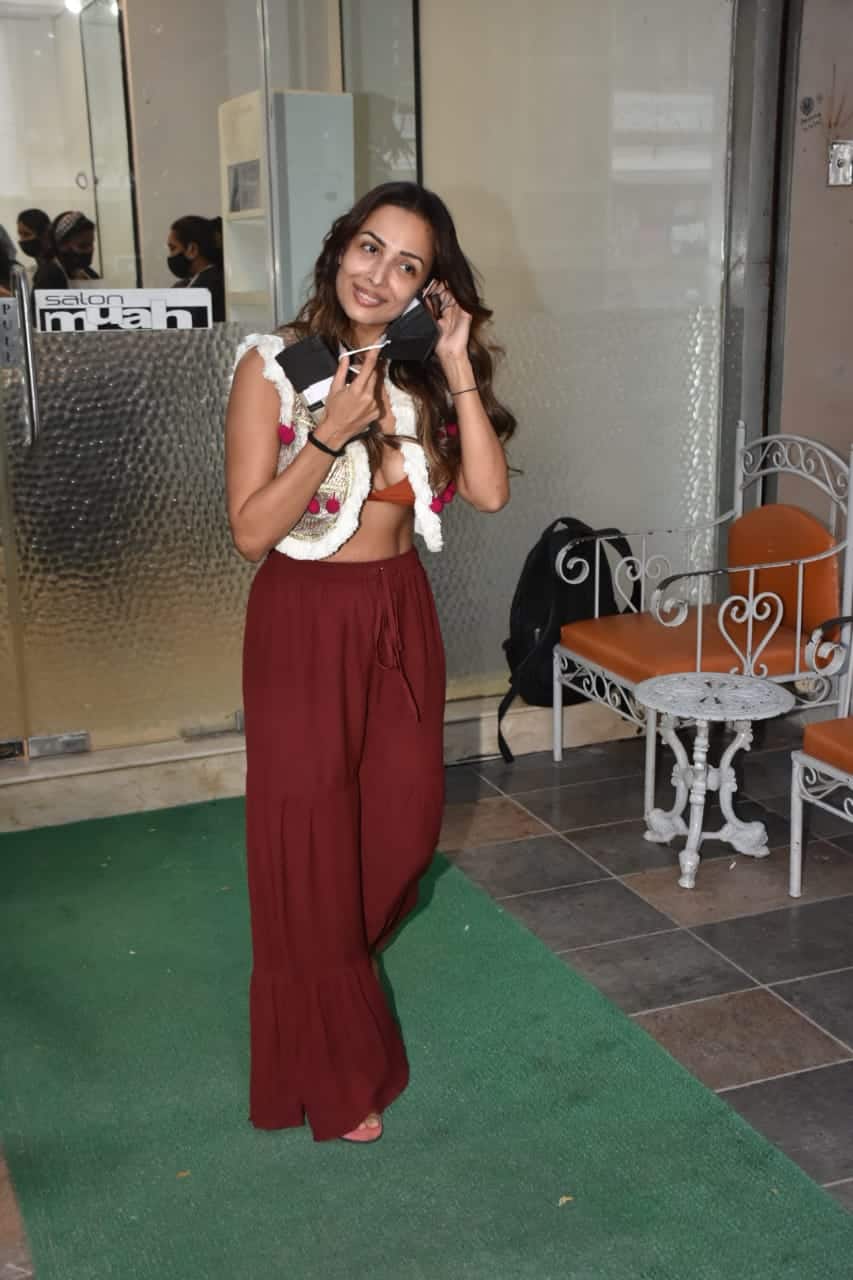 Known as the Dancing Queen of Bollywood, Malaika Arora looked fiercely sexy in her latest outing. She smartly flaunted her svelte figure during her salon outing. Malaika is most likely to ring in her birthday with beau Arjun Kapoor. According to reports, post her salon session, Malaika headed straight to Arjun's Mumbai residence. 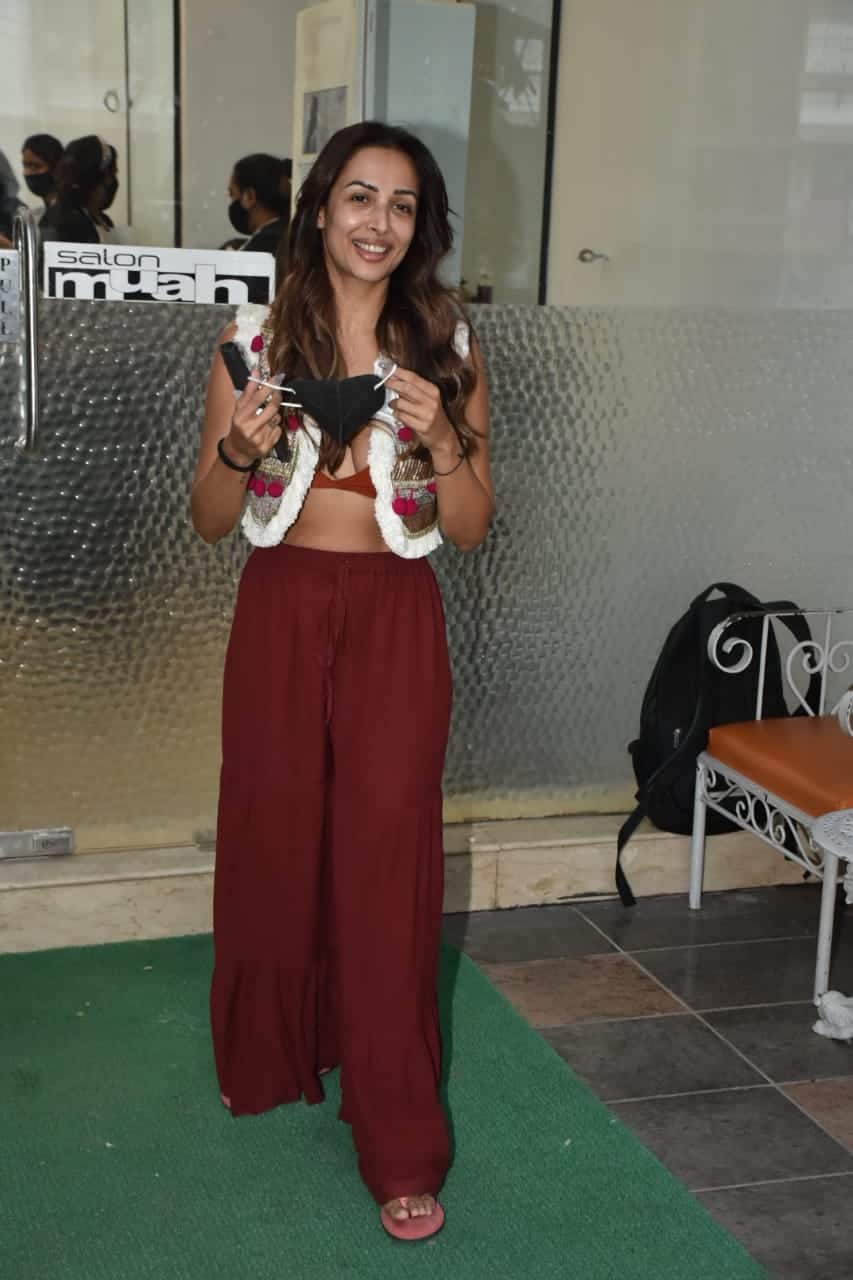 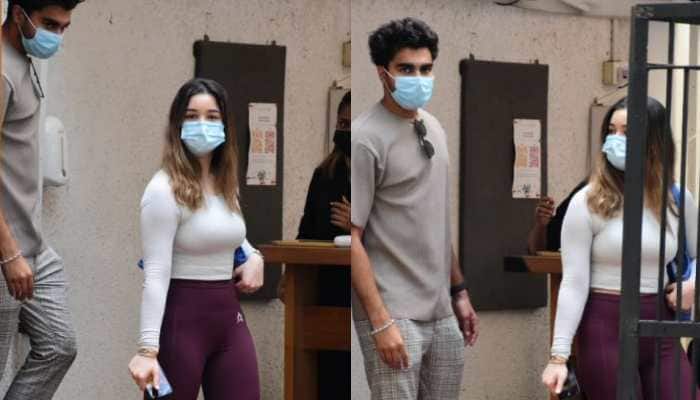 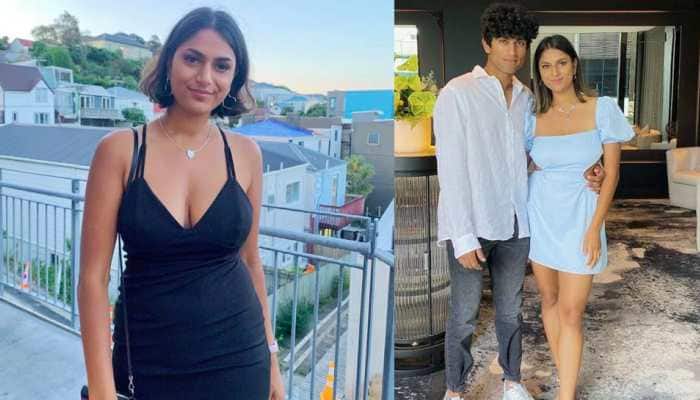 NZ all-rounder Rachin Ravindra's GF Premila Morar is a beauty, Know all about her