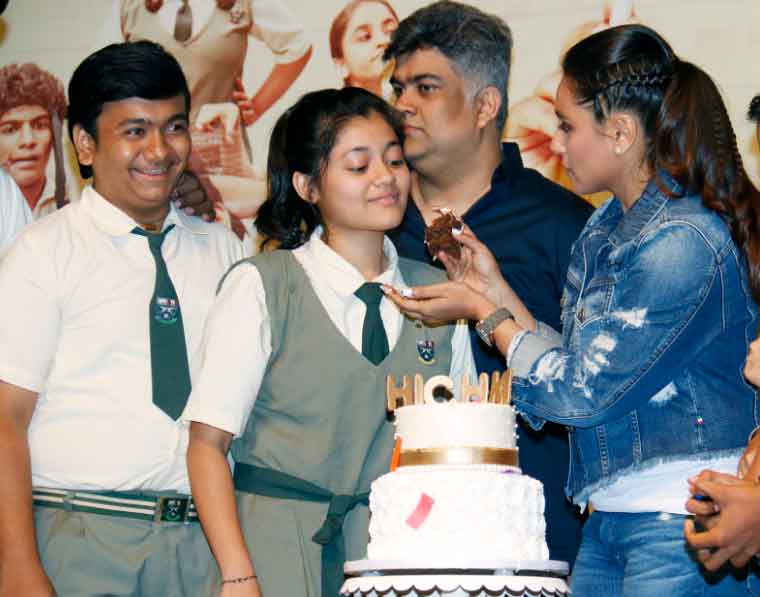 Rani Mukerji, who made a comeback on the silver screen after a gap of three years, was snapped celebrating the success of the film with school kids. They celebrated the film's success by cutting a cake. 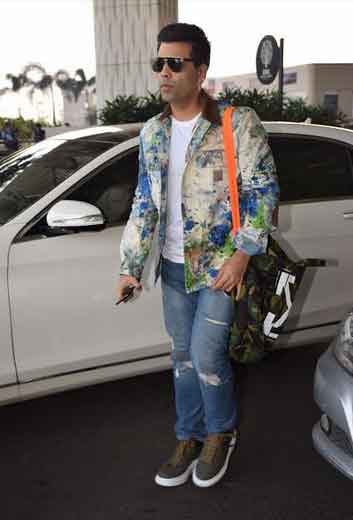 Ace filmmaker Karan Johar was spotted at the city airport as he was on his way to Dubai. The stylish filmmaker made a grand entry at the airport donning a white tee, a pair of distressed jeans and multi-coloured jacket. He flaunted his famous pout as he got clicked by the camera. 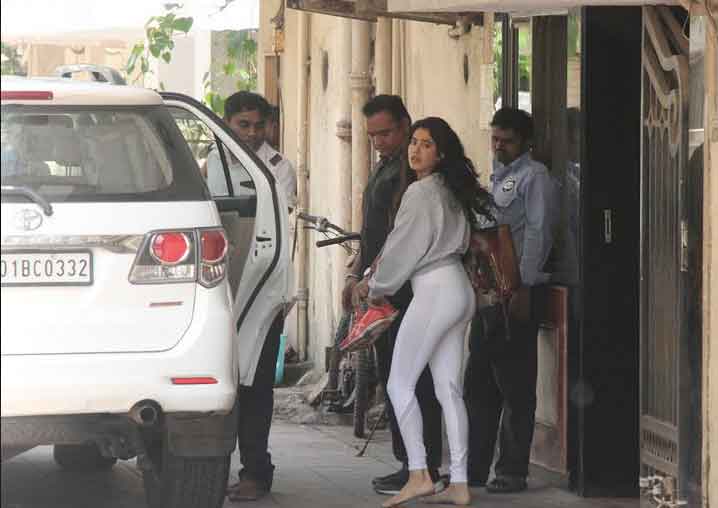 Janhvi Kapoor looked radiant as she stepped out of her gym after a rigorous workout. The young gun sported white gym pants and grey crop top. She is all set to make her Bollywood debut with Karan Johar's 'Dhadak' opposite Ishaan Khattar. The young talent was once again clicked by the shutterbugs along with her little sister Khushi Kapoor at a cafe in Bandra. The girls have been going strong after the shocking demise of their mother and actress Sridevi 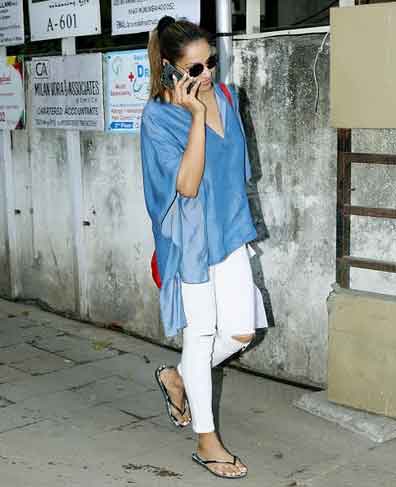 Actress Bipasha Basu was clicked outside a clinic in the city. She was wearing a blue high-low denim top and white pants and sported a neat ponytail. Lately, there have been rumours hinting at Bipasha expecting a baby. However, the actress dismissed the rumour calling it 'absolutely rubbish'. It's been close to two years since Bipasha tied the knot with actor Karan Singh Grover after dating each other for years. 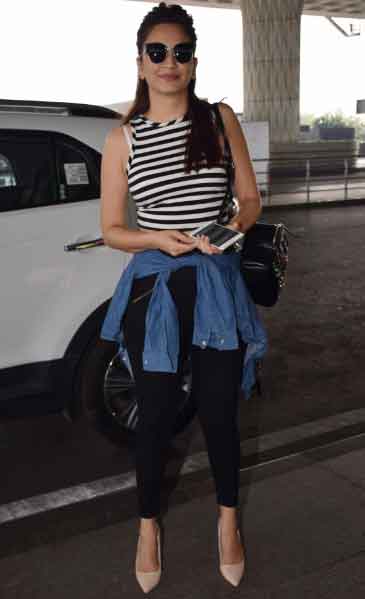 Kriti Kharbanda, who was recently seen in 'Shaadi Me Jarur Aana', was spotted at the city airport. The actress looked pretty in this simple yet chic avatar. She is all set to be seen next in 'Veerey Ki Wedding' and 'Yamla Pagla Deewana: Phir Se'. 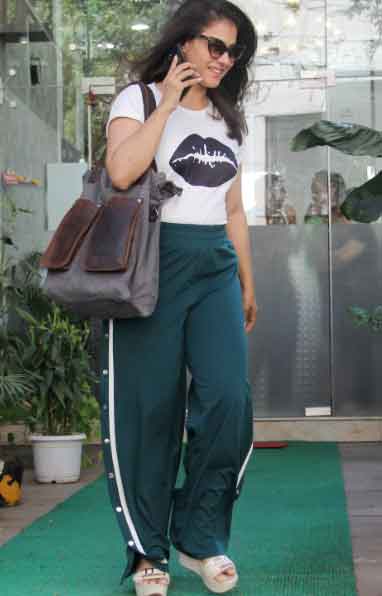 Kajol, who ruled the hearts of millions with her unmatachable acting skill, was spotted post a spa session in the city. The actress was wearing a casual t-shirt and green high waist side button pants. 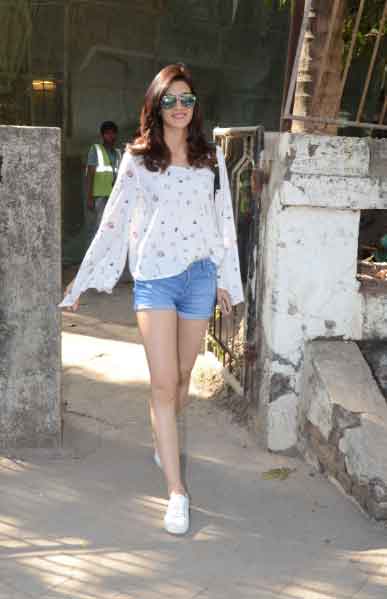 The 'Bareilly Ki Barfi' girl Kriti Sanon was clicked outside a Salon in Juhu, Mumbai. The actress set the temperature soaring with her white loose-fitted top and cool hot pants and those sexy glares. On the work front, she is currently busy in the shoot of 'Arjun Patiala', in which she stars alongside Diljit Dosanjh. 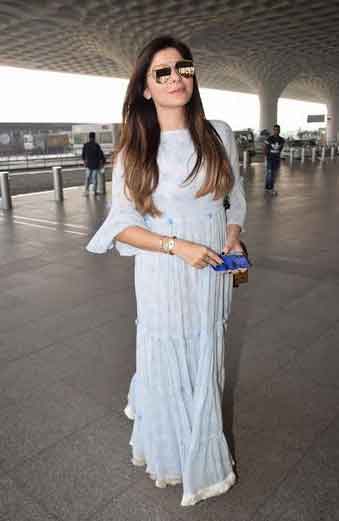 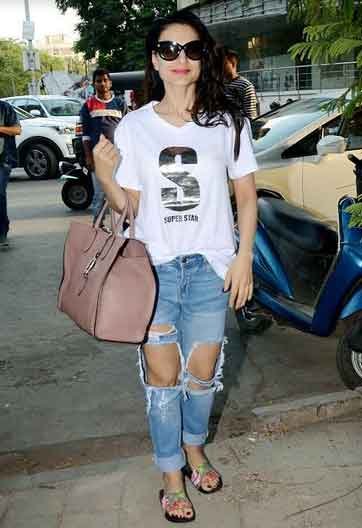 Ameesha Patel was clicked outside the Kromakay Salon in Mumbai dressed in a white top and ripped denims. Though, the actress is facing a downfall in her acting career, she is very active on social media sites. She keeps sharing her pics on her Twitter and Instagram profile. 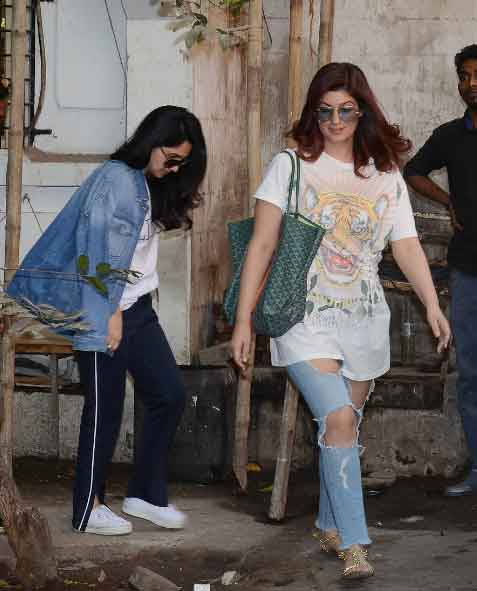 Twinkle Khanna was snapped along with her younger sister Rinke Khanna and mother Dimple Kapadia while exiting a popular salon in the city. Twinkle sported a casual cool look wearing an oversized white graphic t-shirt with a pair of blue ripped jeans.

Rinke was wearing a white oversized top and black track pants and was busy on her phone. 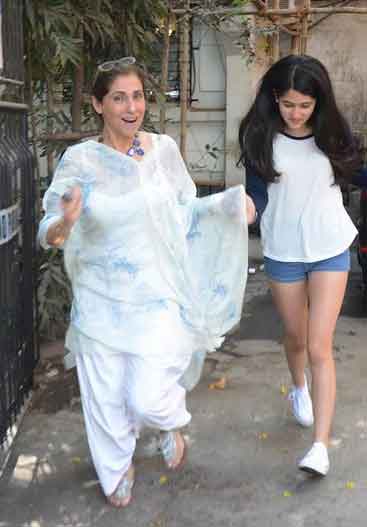 Dimple Kapadia was clicked in a white salwar kameez and looked in a cheerful mood as she made her way to her car. 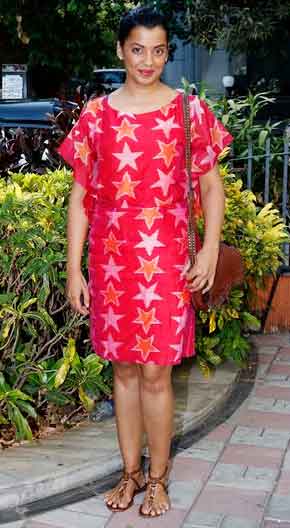 Kareena Kapoor is all smile as she comes out of her gym, in her fashionable best — See photos 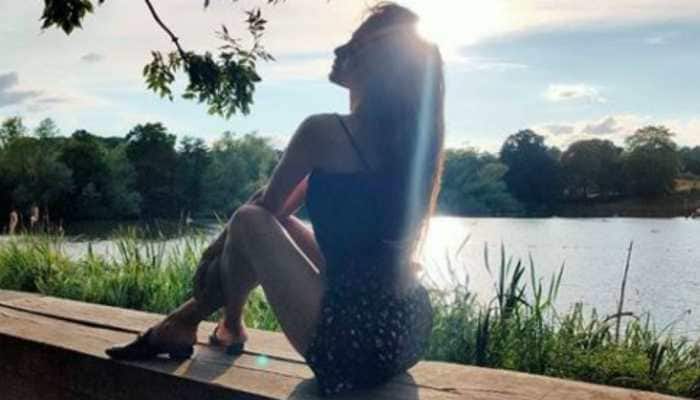 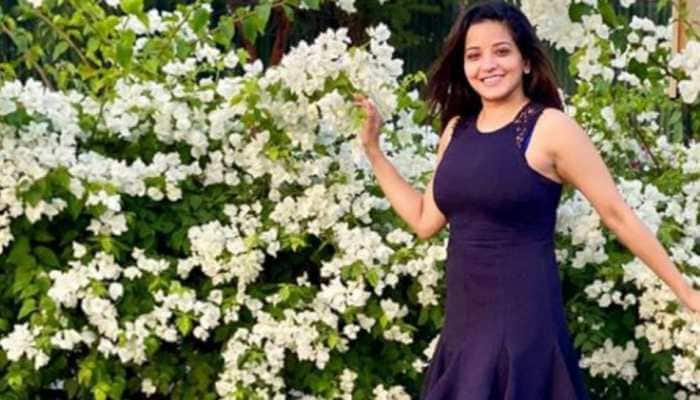 Bhojpuri siren Monalisa's chic avatar in these pics is too hot to handle!