In a display of India's military might, Rafale fighter jets took part in the Republic Day flypast for the first time as the armed forces showcased its T-90 tanks, the Samvijay electronic warfare system and Sukhoi-30 MKI fighter jets on the Rajpath on Tuesday. Depicting the nation's rich cultural heritage and economic progress, 17 tableaux from states and union territories and nine from different Union ministries and paramilitary forces took part in the 72nd Republic day parade. In these pics we showcase how India celebrated its 72nd Republic Day... 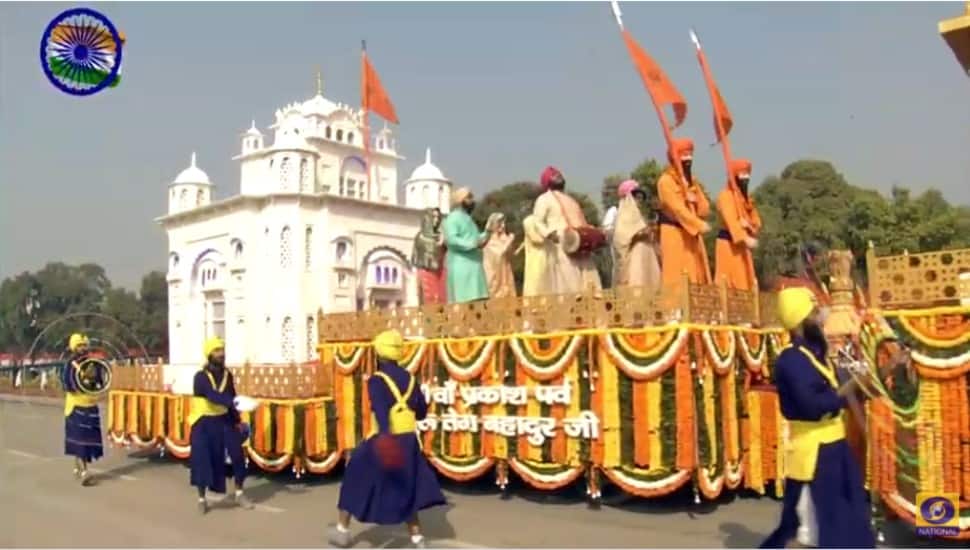 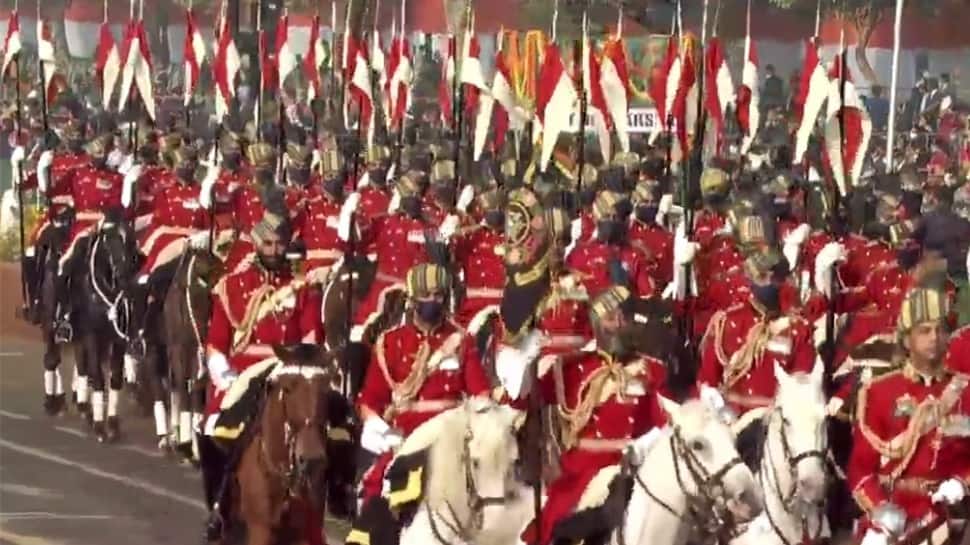 The scene from the parade at the 72nd Republic Day celebrations at Rajpath in New Delhi on Tuesday. School children performed folk arts and crafts displaying skills and dexterity handed down from generations. Bajasal, a folk dance from Kalahandi in Odisha, the Fit India Movement and Aatmanirbhar Bharat were also displayed on the Rajpath. This year, the attendance to the Republic Day parade was limited due to the COVID-19 pandemic. Those below 15 years of age and above 65 were not allowed among the visitors at the venue. (Photo: ANI) 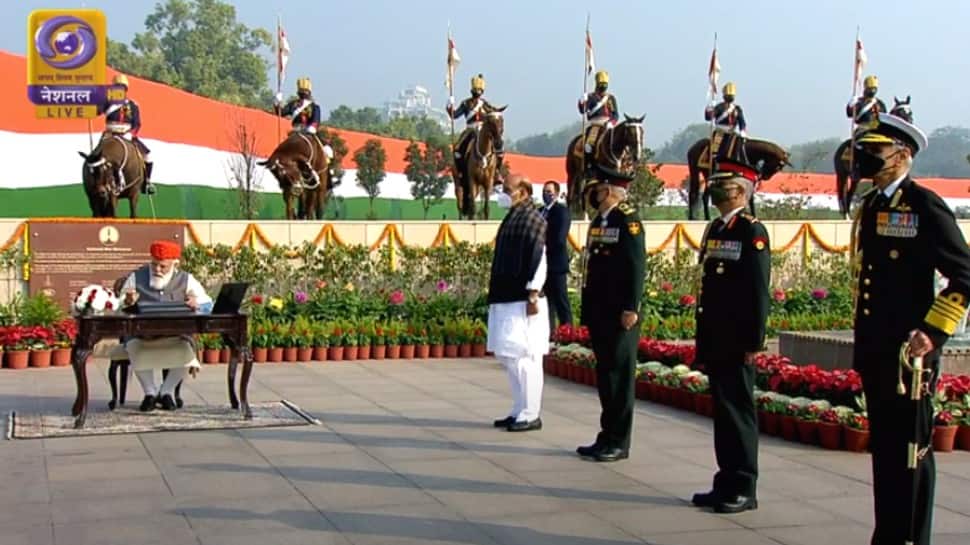 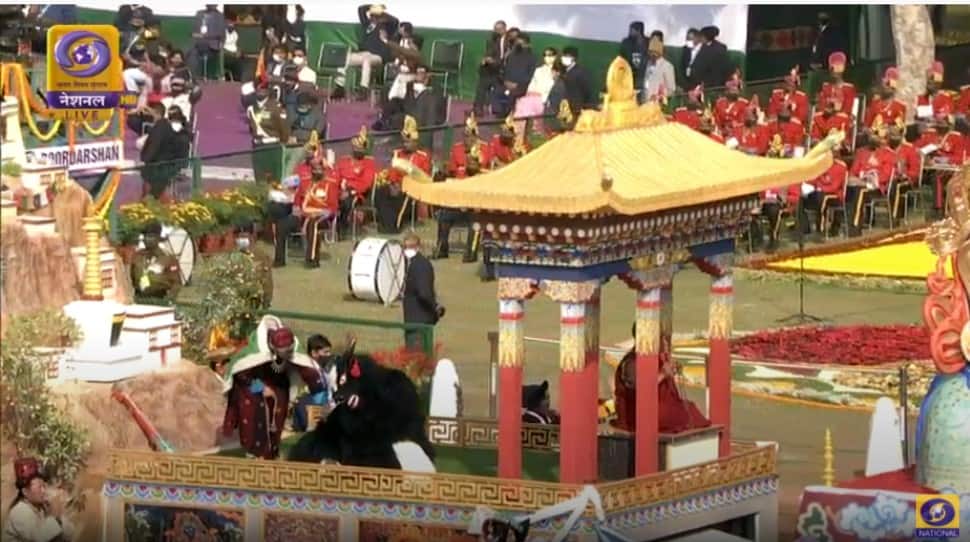 The display of cultural tableaux begins at Republic Day parade, with Ladakh leading. It's the first-ever tableau of the UT. It shows Ladakh's culture and communal harmony besides art and architecture, languages and dialects, customs and costumes, fairs and festivals, literature and music. (Photo: ANI) 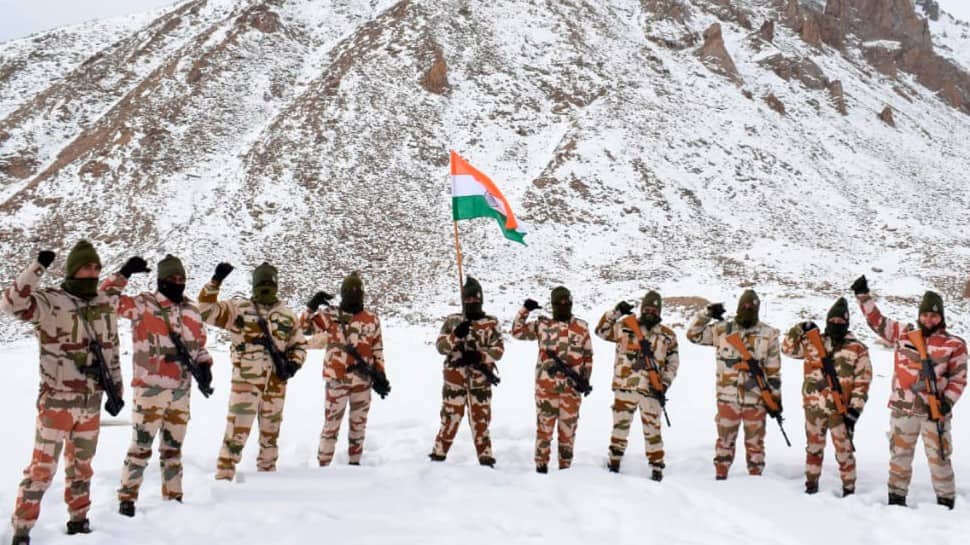 Indo Tibetan Border Police (ITBP) personnel celebrate Republic Day at a border outpost in Ladakh. It was a freezing and snowy Republic Day like always for ITBP personnel. (Photo: PTI) 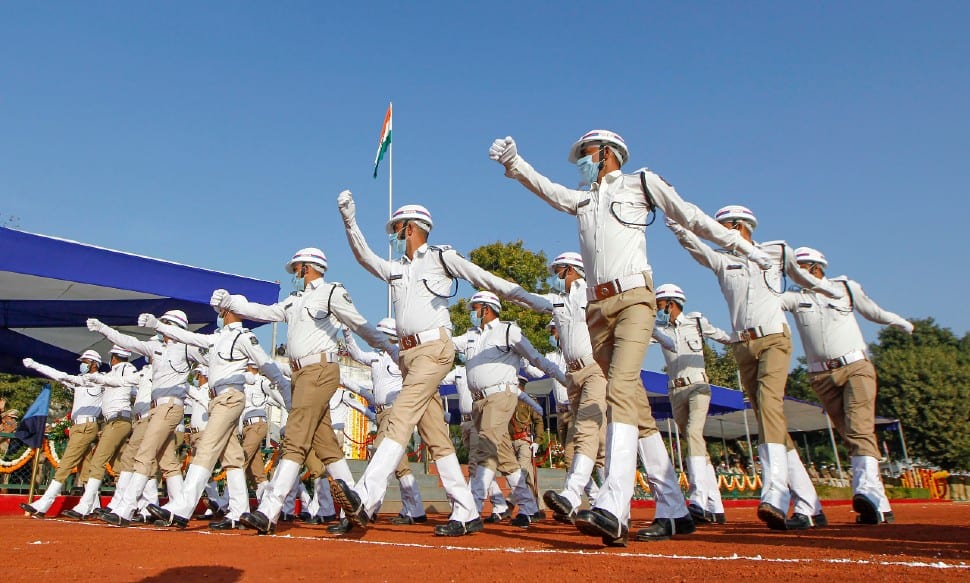 Gujarat Police contingent participate in a parade on the occasion of 72nd Republic Day, in Ahmedabad, on Tuesday. (Photo: PTI) 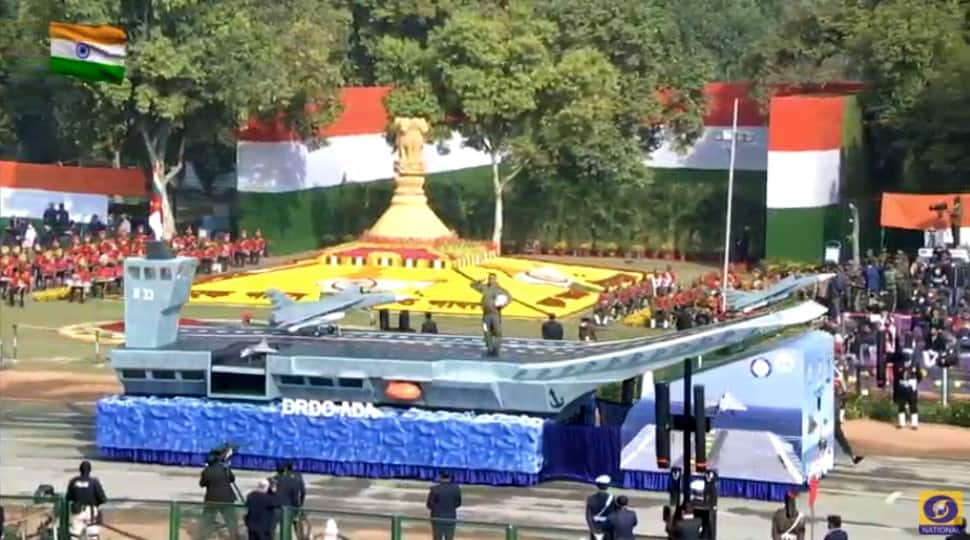 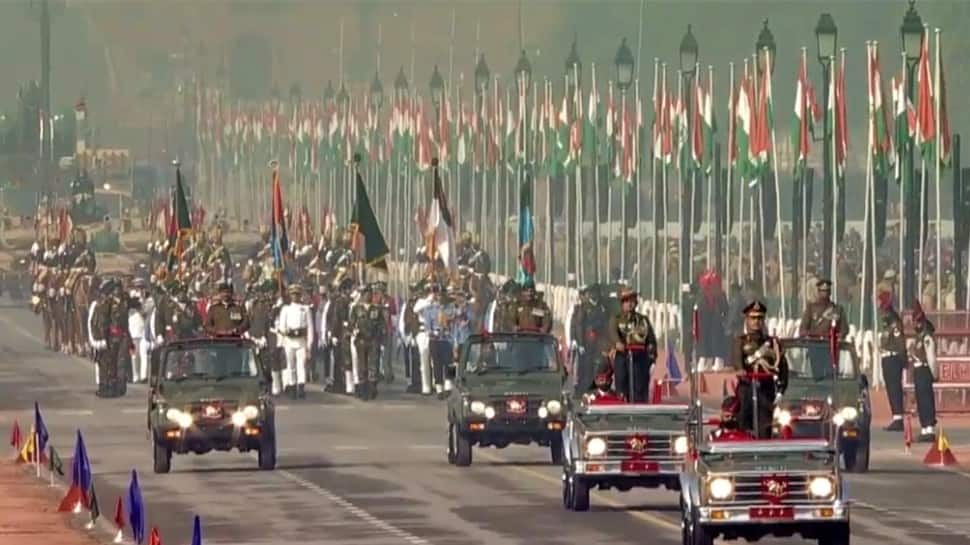 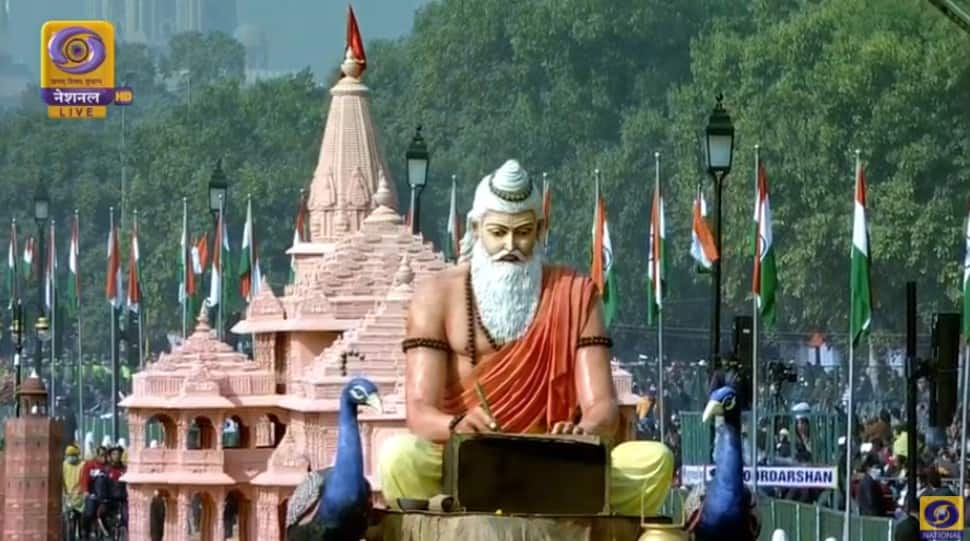 Designed after the theme 'Ayodhya: Cultural Heritage of Uttar Pradesh', the tableau of Uttar Pradesh also displays Ram Mandir. The forepart of the middle tableau shows Deepotsava of Ayodhya, in which millions of earthen lamps are lit. (Photo: ANI) 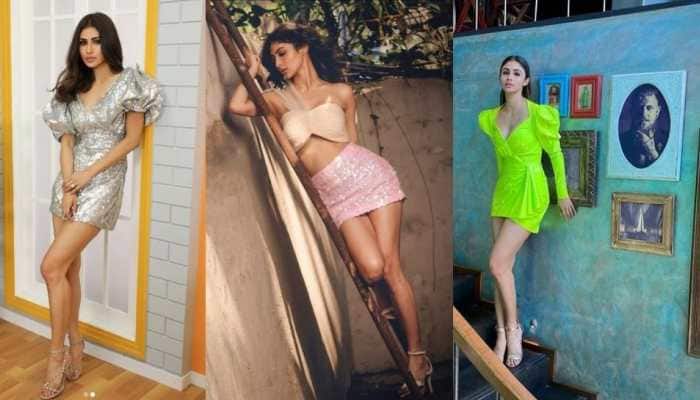 Mouni Roy is dressed to kill in these outfits - In pics 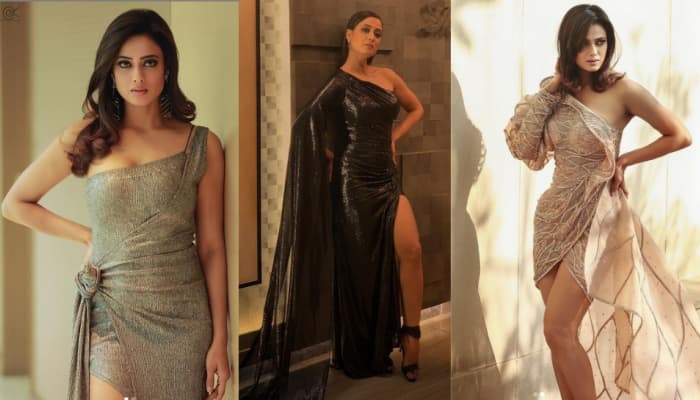