The champions were without captain Lionel Messi, Luis Suarez, and Ousmane Dembele and fell behind to a thumping volley from Roberto Torres early in the game. 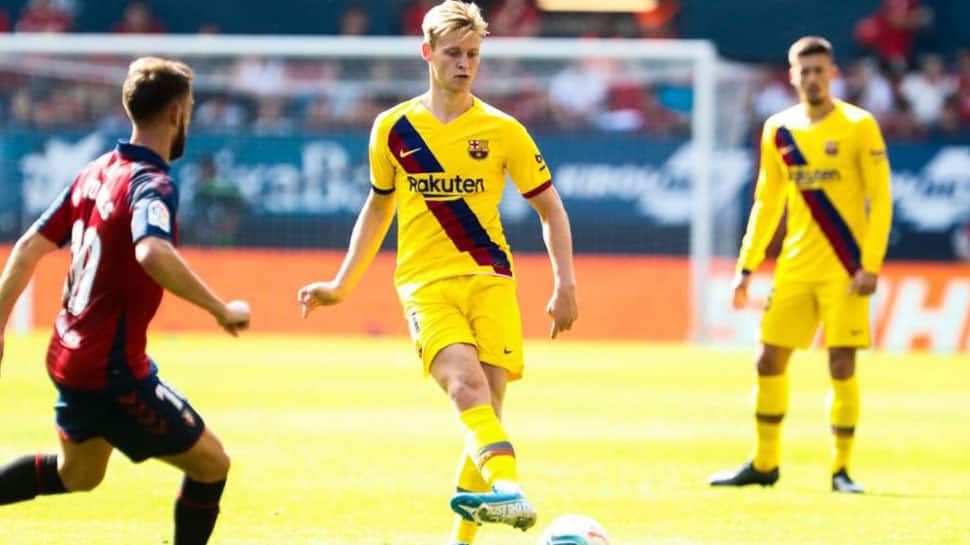 Barcelona coach Ernesto Valverde was fiercely critical of his side after their 2-2 draw away to Osasuna on Saturday, saying he could not understand why they did not try to kill off the game when they were leading 2-1.

The champions were without captain Lionel Messi, Luis Suarez, and Ousmane Dembele and fell behind to a thumping volley from Roberto Torres early in the game.

They turned the game around in the second half with strikes from 16-year-old Ansu Fati -- who became the club`s youngest scorer in the league -- and Arthur Melo, but Osasuna roared on by their vociferous supporters, would not be outdone.

The home side, who were promoted back to the top flight last season after a two-year absence, continued to put Barca under pressure and they levelled with nine minutes to go when Torres scored from a penalty awarded for a handball by Gerard Pique.

"We did not play well at all, we were awful," Valverde told a news conference after his side were left with only four points from their opening three games.

"They went ahead and we couldn`t get close to their area. Then we dominated the play in the second half, we took the lead and had the game in our hands but they came back at us and levelled with that absurd penalty."

"We cannot afford to let a game like this one slip, we should have been more assertive on the pitch and kept on attacking."

Barca defender Pique said he felt hard done by to be penalised late in the game, when the ball bounced off his arm as he tried to block a cross.

"For me, that`s not a penalty, I had no time to remove my arm, I was not taking up more space than usual, I jumped in a natural way," he said.

Pique admitted Barca had made a much worse start to the season than they expected but said there was no reason to panic.

"We would have liked to have taken nine points at this stage and we`re having more problems than we expected to but we`re not worried," he added.

"It`s going to be a very long season and the important thing is that when we get to March or April we have a chance of winning the league."