If Liverpool beat relegated Middlesbrough at Anfield on Sunday they will finish at least fourth in the Premier League and guarantee a Champions League qualifying spot, a feat they have achieved only once in the past five campaigns. 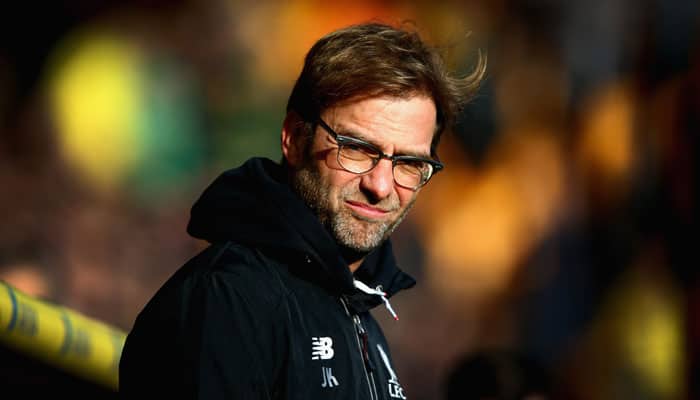 New Delhi: Liverpool are a more attractive destination for top players than a few years ago and clinching Champions League football for next season would be the "icing on the cake", manager Juergen Klopp said on Friday.

If Liverpool beat relegated Middlesbrough at Anfield on Sunday they will finish at least fourth in the Premier League and guarantee a Champions League qualifying spot, a feat they have achieved only once in the past five campaigns.

Klopp added that the way the team has evolved since he took charge will also appeal to potential recruits.

"This view has changed," the German told a news conference, referring to Liverpool having limited options in recent transfer windows partly due to the lack of Champions League football.

"We are a really interesting project.... The base is still there, still the size and power of this club, and then there`s the players` perspective. And that`s really changed.

"We feel this but they (potential signings) have to see it before they make a decision."

Klopp took charge in October 2015 and has made just two big money purchases so far, paying a reported 34 million pounds ($44 million) for Sadio Mane and 25 million pounds for Georginio Wijnaldum, but plans for next season are already underway.

"We are working hard not only on the pitch," he added. "We are a club without financial problems. We have money to spend but we always thought it made sense to think before we spend.

"If Champions League is the only reason for a player to come it makes no sense... But the players are really positive this year in comparison to last year. They saw our way and saw the football. Champions League would be the icing on the cake."

The `Boro match is Liverpool`s final hurdle to securing a return to Europe`s top table but a failure to win could see them pipped at the post by Arsenal, who are a point behind and host seventh-placed Everton in their last game on Sunday.

"It`s everything," Klopp said. "It`s the end of the season, middle of the development, start of the new season."

Liverpool captain Jordan Henderson is likely to miss the game as he continues his recovery from a foot injury, while striker Roberto Firmino faces a late fitness test.