The terrorists belonged to Hizbul Mujahideen. 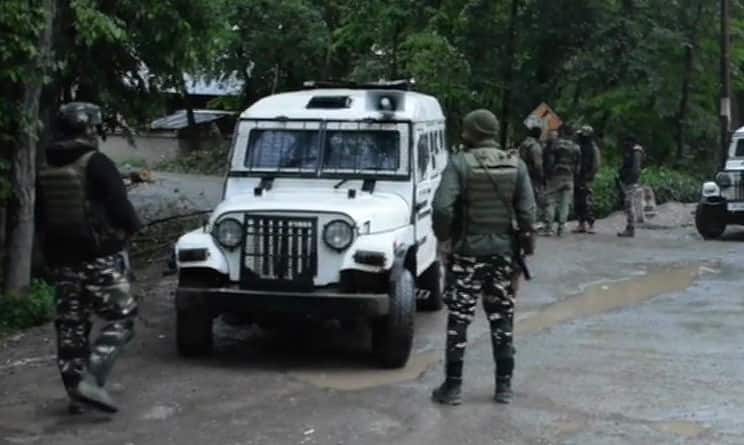 Three terrorists were killed in an encounter with security forces in Jammu and Kashmir's Pulwama district on Saturday.

The terrorists belonged to Hizbul Mujahideen. One of them was identified as Showkat Ahmad Dar, a Hizbul Mujahideen commander. He was also involved in the killing of an Army jawan Aurangzeb. Showkat was a resident of Panzgam in Pulwama.

A dead body and AK-56 rifle have been recovered from the spot. A house has also been blasted where the terrorists were believed to be hiding.

Later, a terrorist's body was also recovered from the debris.

A separate encounter also broke out between terrorists and joint forces in Dehruna village of Anantnag district.

32 flights diverted from Delhi due to bad weather