Radhakrishna Vikhe Patil had resigned as MLA on June 4 and it was widely belived that CM Fadnavis would include him in his cabinet. 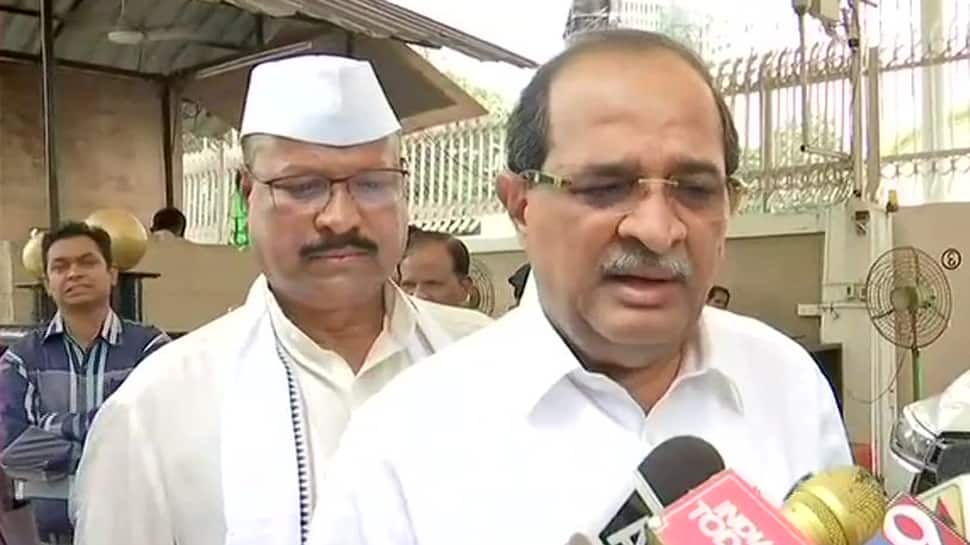 Days after quitting the Congress, former Leader of Opposition in Maharashtra Radhakrishna Vikhe Patil on Sunday joined the cabinet of Chief Minister Devendra Fadnavis. Vikhe Patil took oath as the minister at a function in Raj Bhavan. He was administered the oath of office and secrecy by state's Governor CV Rao.

Patil had resigned as MLA on June 4 and it was widely belived that CM Fadnavis would include him in his cabinet. It is to be noted that Patil’s son Sujay Vikhe Patil had also quit Congress to join the BJP before the recently held Lok Sabha poll. Sujay had contested the Lok Sabha election from Ahmednagar and he managed to win by a huge margin of 2.81 lakh votes. Vikhe Patil had stepped down Leader of Opposition in March after Sujay had joined the saffron party.

A total of 13 ministers were inducted in Sunday's cabinet expansion out of which 10 are from BJP, 2 from Shiv Sena and 1 from RPI. Out of 10 BJP ministers, 6 were given the cabinet rank while remaining four were accorded the rank of minister of state. Besides Patil, Jaidatta Kshirsagar, Ashish Shelar, Dr Sanjay Kute, Dr Suresh Khade, Dr Anil Bonde, Dr Ashok Uike, Tanaji Sawant took oath as cabinet ministers in today's expansion.

Yogesh Sagar, Dr Avinash Mahtekar, Sanjay Bhegde, Dr Parinay Fuke, Atul Save took oath as a Minister of State. Notably, Fadnavis decided to expand his Cabinet just a day before the start of the monsoon session of the Maharashtra Assembly. Ahead of the Cabinet expansion, the Maharashtra CM had met Shiv Sena chief Uddhav Thackeray on Friday and held discussions about the ministers to be inducted in his cabinet. "I met Shiv Sena president Uddhav Thackeray at his residence 'Matoshri' and discussed in detail cabinet expansion," Fadnavis had tweeted on Friday.

Mathura: 6 of family killed as car rams into truck on Yamuna Expressway