Other BJP leaders including Kailash Vijayvargiya and Mukul Roy were also present at the event. 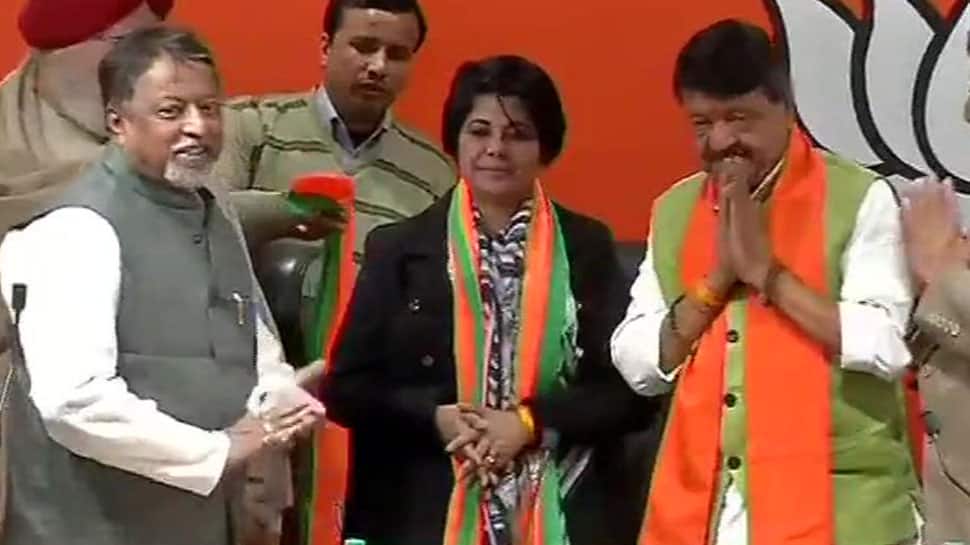 This comes at amid a turmoil in West Bengal and also at a time when Kolkata Police Commissioner Rajeev Kumar is under the CBI's scanner. She has been inducted in the BJP a day after West Bengal Chief Minister Mamata Banerjee started her protest following a showdown between the CBI and Kolkata Police.

Interestingly, Bharati Ghosh is a former close aid of the West Bengal Chief Minister. Immediately after joining BJP, she lashed out at Banerjee, terming her Dharna as a 'political move' and an 'asatyagraha to block fair investigation'.

"This satyagraha should have been done when people lost crores of money and suicides were happening. Why it did not happen? You are doing this (dharna) for a police commissioner?" Ghosh told reporters.

Later speaking to ANI, she claimed that democracy needs to be restored in West Bengal. "I am in favour of truth, honesty and good governance. When Mamata was in opposition, her image was pure but now a lot has changed. When people move from the truth to falsehood Bharti Ghosh also changes. So I have come to BJP to foster the institution of democracy and to help people."

She also criticised the Kolkata police commissioner for being present at the TMC Dharna and said, "The neutrality of this police personnel will be questioned. By attending a political dharna they have given a clear message that they are working for that particular party and have become like party cadre."