The Prime Minister is on a two-day visit to Kedarnath and Badrinath shrines. 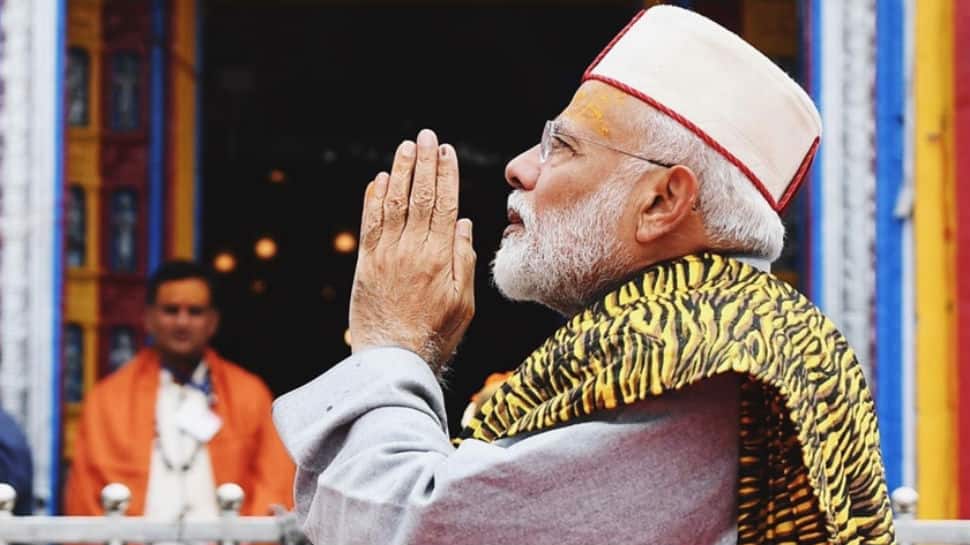 Prime Minister Narendra Modi, who is currently in Kedarnath, interacted with the media after performing morning prayers at the shrine on Sunday. He began the interaction by thanking the Election Commission and said, "I'm grateful to the EC for giving me two-day time to spend in solitude."

"I'm in Kedarnath since Saturday. I got some time for myself after a long period," he added.

PM Modi also told reporters that he never asked for anything from god while praying.

"I believe god has made us all capable of contributing to the society and not asking," he said.

The Prime Minister is on a two-day visit to Kedarnath and Badrinath shrines. He reached Kedarnath on Saturday morning via Dehradun. After offering prayers at the Kedarnath temple, he reviewed the development work of the holy town and later spent his time meditating at a cave.

PM Modi's meditation ended this morning after which he enjoyed a walk amidst the mountains before reaching the Kedarnath temple for prayers.

At the press interaction outside the temple, he also thanked the media persons for their tireless work.

Later, he waved at the locals gathered around the temple and urged them to chant Har Har Mahadev.

PM Modi will now visit Badrinath and will fly to Delhi later on Sunday afternoon.

This is PM Modi's fourth visit to the temple dedicated to Lord Shiva in the last two years. The portals of Kedarnath and Badrinath shrines reopened for devotees earlier this month after the winter break.

The poll body had given its nod to PM's visit to Kedarnath and Badrinath shrines on a reminder that the "poll code is still in force."

The final phase of Lok Sabha election is being held across seven states and 1 union territory on May 19.