Now, the social science textbooks of class 10 mention that Savarkar had described himself as "son of Portugal" while seeking clemency from the British government in 1910-11. 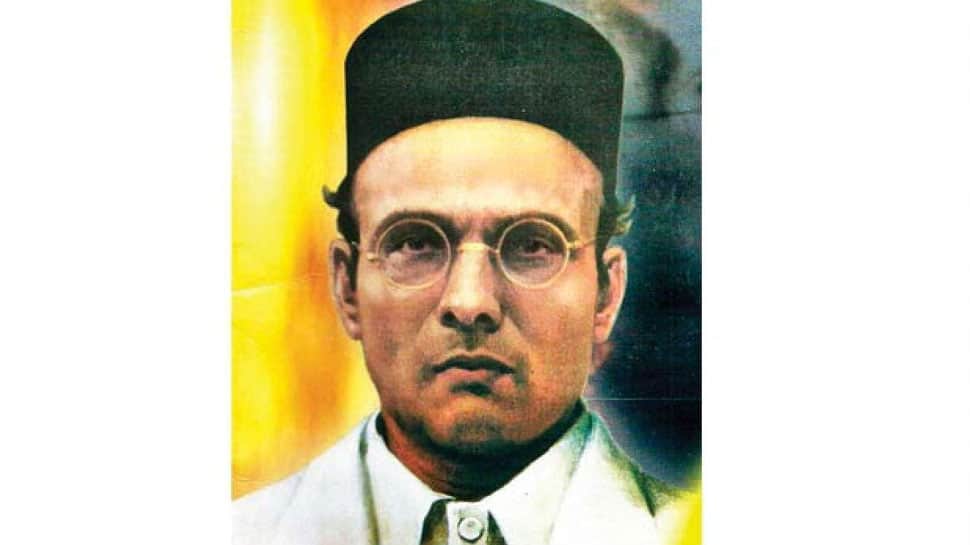 It may be recalled that after coming to power in Rajasthan, the Congress government had constituted a textbook revision committee and based on the findings of the committee, the short biography of Savarkar introduced by the previous BJP government was revised. Now, the social science textbooks of class 10 mention that Savarkar had described himself as "son of Portugal" while seeking clemency from the British government in 1910-11.

Devnani slammed the Congress government in a series of tweets and said that the state government should take inspiration from former Prime Minister Indira Gandhi who had described Savarkar as the "byword for daring and patriotism." The former prime minister had called Savarkar "a classical revolutionary and countless people drew inspiration from him", Devnani said.

"Former prime minister Indira Gandhi recognised and hailed the legacy of great freedom fighter Veer Savarkar. The then government had issued a commemorative stamp on Veer Savarkar in 1970. Indira Gandhi had donated a sum of Rs 11,000 from her personal account to Savarkar Trust and ordered the Films Division to produce a documentary on his life," Devnani tweeted. He noted that it is an insult to call Savarkar "son of Portugal".

Rajasthan Education Minister Govind Singh Dotasara hit back at Devnani claiming that the changes were made by the experts committee. "What can I say? A committee of experts have written it based on authenticity and their recommendations. I can only say that whatever has been written in the textbooks have been written based on the recommendations of educationists," Dotasara told.

Meanwhile, Chhattisgarh Chief Minister Bhupesh Baghel on Monday claimed Savarkar was the first proponent of the two-nation theory and the idea was later taken forward by Muhammad Ali Jinnah, the late founder of Pakistan. "Savarkar, who was a leader of the Hindu Mahasabha, had sown the seed of division of the country which was later implemented by Muhammad Ali Jinnah," he had said.

In response, former chief minister and BJP vice-president Raman Singh said Baghel's comments reflect the shock that the party has suffered in the recently concluded Lok Sabha election. "The comments came as a result of shock over his party's debacle in the Lok Sabha polls," he said adding that a debate on division and background of division of the country is not required today.