13 newly-inducted ministers were administered the oath of office and secrecy by Governor CV Rao. 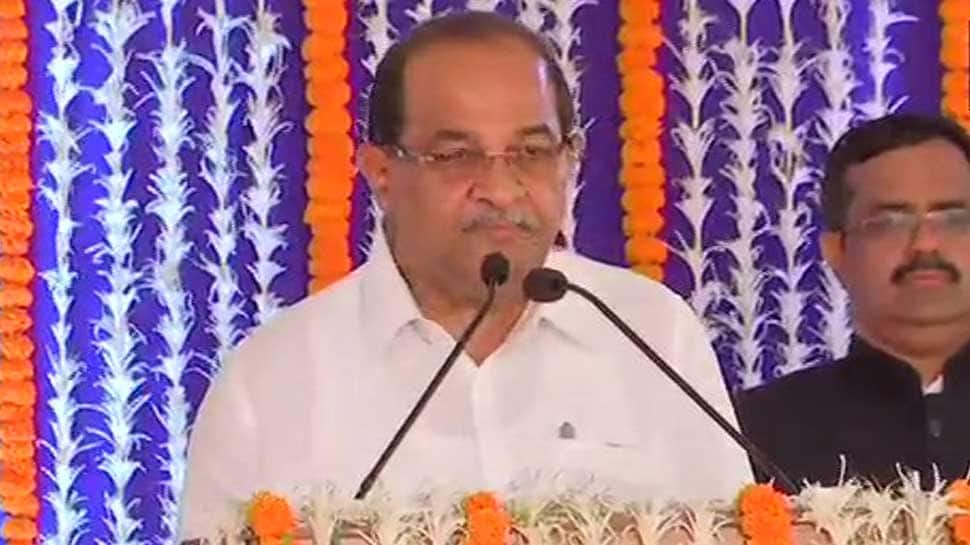 MUMBAI: Maharashtra Chief Minister Devendra Fadnavis expanded his cabinet on Sunday during which former Congress leader Radhakrishna Vikhe Patil, Ashish Shelar and many others were sworn-in as ministers.

A total of 13 ministers were inducted in today's cabinet expansion out of which 10 are from BJP, 2 from Shiv Sena and 1 from RPI.

Out of 10 BJP ministers, 6 were given the cabinet rank while remaining four were accorded the rank of minister of state.

The swearing-in ceremony was held at the Raj Bhavan around 11 AM during which the newly-inducted ministers were administered the oath of office and secrecy by state's Governor CV Rao.

Ashish Shelar is the president of Mumbai unit of Bharatiya Janata Party.

The Cabinet expansion took place a day before the monsoon session of the Maharashtra Legislature begins.

In the last few days, both Fadnavis and state's Finance Minister Sudhir Mungantiwar had given enough indications about the cabinet expansion.

Ahead of the Cabinet expansion, Fadnavis had met Shiv Sena chief Uddhav Thackeray on Friday and held discussions about the ministers to be inducted in his cabinet.

"I met Shiv Sena president Uddhav Thackeray at his residence 'Matoshri' and discussed in detail cabinet expansion," Fadnavis had tweeted on Friday.

On Saturday, NDA ally Republican Party of India (Athawale) confirmed that its leader Avinash Mahatekar will be inducted into the Fadnavis government in Sunday's expansion.

Meanwhile, Maharashtra Housing Minister Prakash Mehta and five other state ministers quit from their posts ahead of the cabinet expansion.

Besides Mehta, the others who resigned as ministers are Rajkumar Badole, Vishnu Sawra, Dilip Kamble, Praveen Pote and Amrish Atram.