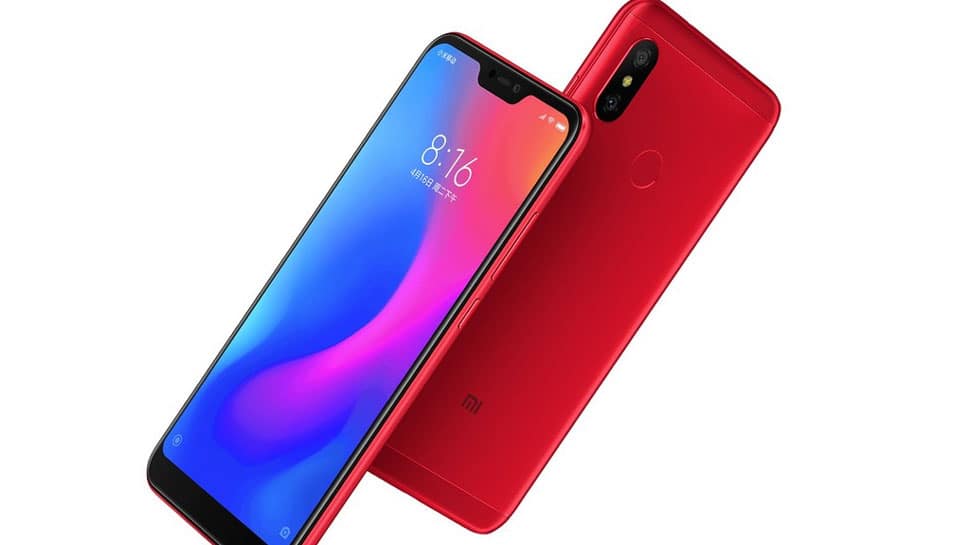 New Delhi: Chinese handset maker Xiaomi has launched the Redmi 6 Pro at an event in China. The  Redmi 6 Pro features a 5.84-inch screen with 19:9 display. The phone also comes with an iPhone X styled notch display.

Other key features of the phone include octa-core Snapdragon 625 SoC processor clocked up to 2GHz, dual rear cameras, 4000mAh battery and  3GB/4GB of RAM. The phone will be available in red, black, pink, gold and blue colours.

The device houses a dual rear camera setup. It has a 2-megapixel+ 5-megapixel primary camera while on the rear, the phone comes with a 5-megapixel shutter.

The Redmi 6 Pro pricing details along with storage variant

There is no official word on the release of the phone in India as of now. The Xiaomi Redmi 6 Pro is touted to be the successor of the Redmi Note 5 Pro.

The Redmi Note 5 Pro was launched in India on February 14.

Housing the dual rear-camera system (12MP+5MP) and a 20MP selfie shooter, Redmi Note 5 Pro is the first Xiaomi smartphone to come with the "Face Unlock" feature. It also has the latest Snapdragon 636 processor.