Efforts have already begun to set up the Mahabharat Research Centre at this site under the Chief Minister Tourism Promotion Scheme and the Ganga circuit development plan by the tourism department. 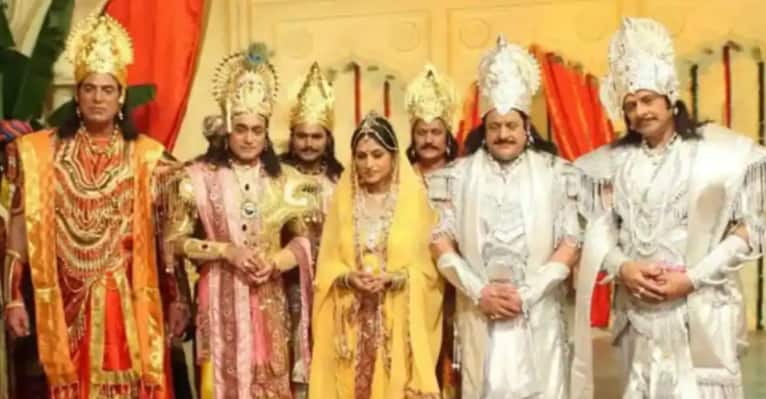 Lucknow: A Mahabharat Research Centre is likely to come up in Handia in Prayagraj, at a site where the mythological Lakshagriha is supposed to have once existed. The Lakshagriha, during the Mahabharat period, was a palace built of highly inflammable resinous material and was designed to catch fire easily. It was actually a conspiracy to eliminate the Pandava brothers who were staying there.

Efforts have already begun to set up the Mahabharat Research Centre at this site under the Chief Minister Tourism Promotion Scheme and the Ganga circuit development plan by the tourism department. Swami Vasudevanand Saraswati, a member of the Shri Ram Janambhoomi Tirtha Kshetra Trust, has supported this belief that the original Lakshagriha was in Prayagraj.

The place is known by different names including Pandav Kuti, Meti kila (one which is made of mud), court (read fort) and Pandav Gufa (tunnel) etc.

The site has also been excavated by teams of the Archaeological Survey of India (ASI), once in the mid-seventies and more recently, in 2004-05. The team in 2004 had excavated around half a dozen places on the entire stretch.

There had been several attempts by the Lakshagriha Vikas Samiti, led by its convener Onkar Nath Tripathi, that the site is developed and put on the tourist circuit.

"Following a proposal by Dharmakshetra Lakshagriha Tirtha Kshetra Tourist Places committee for the development of the place, we have proposed setting up a Mahabharat Research Centre here. The proposal has been made and sent to the state government for approval," said Tripathi.

He said that it is believed that the Pandavas came to Lakshagriha and now scholars would be able to research on the galaxy of subjects spanning from their entry, their residence and evacuation etc.

Some new facts regarding the Mahabharat era`s Prayagraj may be revealed by studying this site of mythological importance, he said.

A proposal of Rs 79.27 lakh has been prepared for the Mahabharat Research Institute. The Lakshagriha is currently being developed and beautification work has already started. It is proposed to construct a modern hall and a lab for the research centre from the budget proposed separately here.

"Work for the beautification of the site is already being carried out and a welcome gate has been constructed. The foundation of a Satsang hall too has been laid. Further development of the site will be carried out under the Chief Minister Tourism Promotion Scheme," said deputy director (tourism), Dinesh Kumar.

The former head of the department of medieval and modern history, Prof Yogeshwar Tiwari, said, "Improving the facilities and opening up of the research centre at this archeologically important site will also unearth other important facts on the artwork and culture here during those times."