A day after advising his top spymasters to go back to school after they differed with him on global threat assessment, US President Donald Trump on Thursday said he and the leadership of country's intelligence community are "on the same page." 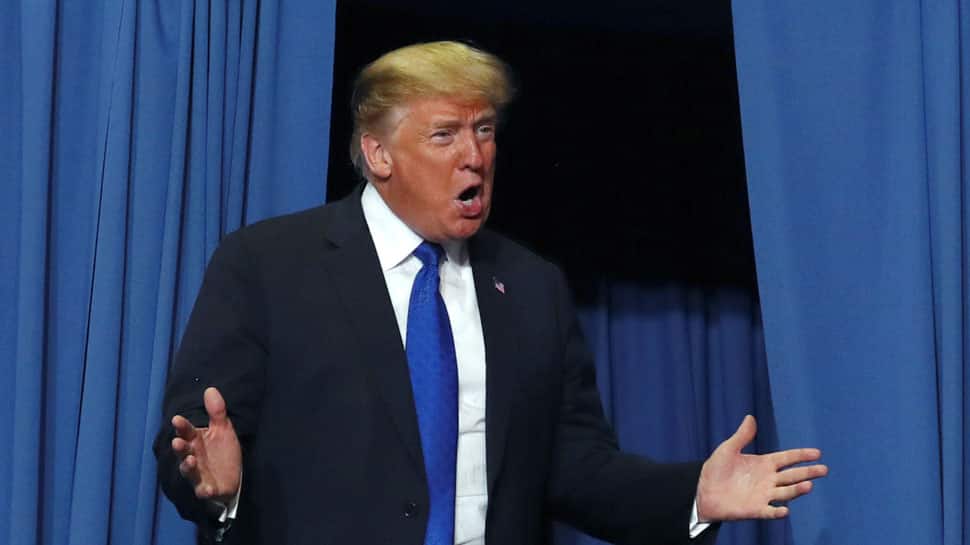 Washington: A day after advising his top spymasters to go back to school after they differed with him on global threat assessment, US President Donald Trump on Thursday said he and the leadership of country's intelligence community are "on the same page."

After meeting with Director of National Intelligence Dan Coats, CIA Director Gina Haspel and other top security officials, Trump said they told him their testimony at the Senate hearing had been "mischaracterized" by the news media.

"Just concluded a great meeting with my Intel team in the Oval Office who told me that what they said on Tuesday at the Senate Hearing was mischaracterised by the media - and we are very much in agreement on Iran, ISIS, North Korea, etc," Trump said in a tweet.

He followed, "Their testimony was distorted press... I would suggest you read the COMPLETE testimony from Tuesday. A false narrative is so bad for our Country. I value our intelligence community. Happily, we had a very good meeting, and we are all on the same page!"

"They (intelligence community leaders) said that they were totally misquoted and they were totally -- it was taken out of context. So what I'd do is I'd suggest that you call them. They said it was fake news, so -- which, frankly, didn't surprise me," he told reporters later Thursday in the Oval Office.

Earlier, on Wednesday, the president had called US intelligence chiefs "extremely passive and naive" and advised them to go back to school after they contradicted him on threats posed by Iran, North Korea and ISIS during congressional testimony.

The top security officials told a Senate committee on Tuesday that the nuclear threat from North Korea persists and that Iran is not taking steps towards making a nuclear bomb, conclusions that contrasted starkly with Trump's assessments of those countries.

Asserting that Iran's nuclear programme remains dangerous, Trump tweeted, "The Intelligence people seem to be extremely passive and naive when it comes to the dangers of Iran. They are wrong!"

"When I became President, Iran was making trouble all over the Middle East, and beyond. Since ending the terrible Iran Nuclear Deal, they are MUCH different, but a source of potential danger and conflict," Trump said in a series of foreign policy tweets.

"They are testing Rockets (last week) and more, and are coming very close to the edge. There economy is now crashing, which is the only thing holding them back. Be careful of Iran. Perhaps Intelligence should go back to school!" he said in his harshest criticism of the powerful intelligence community of the country.