The traffic movement was closed between Mathura Road and Kalindi Kunj as well as the Okhla underpass towards Kalindi Kunj. The Delhi Traffic Police asked commuters to take the DND flyway or Akshardham route to reach Delhi. 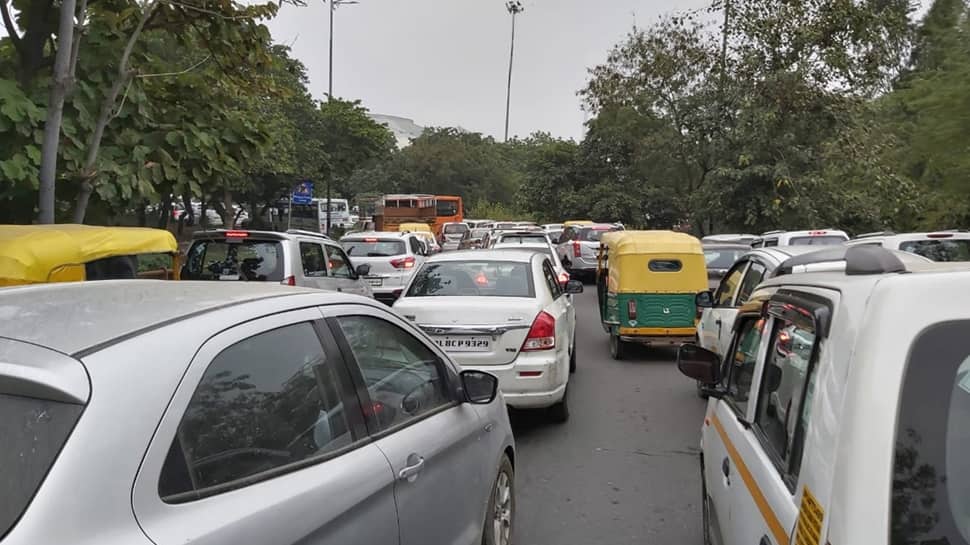 Traffic restrictions continued on Tuesday in some parts of Delhi, a day after the national capital witnessed massive violence against the Citizenship Amendment Act (CAA). Violent protests took place between the Delhi Police and students of Jamia Millia Islamia University on Monday.

The traffic movement was closed between Mathura Road and Kalindi Kunj as well as the Okhla underpass towards Kalindi Kunj. The Delhi Traffic Police asked commuters to take the DND flyway or Akshardham route to reach Delhi. The people commuting to Noida from Mathura road were also advised to take the Ashram Chowk, DND flyway or Noida link roads.

As a result, a massive traffic jam was witnessed for five kilometres from Akshardham to Sarai Kale Khan on the Delhi-Meerut Express.

The traffic restrictions were also seen on Monday when roads were closed from Sarita Vihar to Road No. 13 A of the Kalindi Kunj area of Delhi. A Delhi Traffic Police traffic advisory asked commuters from Noida to take the DND flyway or the Akshardham to reach Noida, in pursuit to avoid Ashram.

A massive police-students clash in Delhi took place on December 15 (Sunday) against the Citizenship Act. Ten people, having criminal backgrounds, were on Tuesday arrested in connection with the violent protests between the Delhi Police and students of the Jamia University. Among those arrested, none are students, the police said.

Earlier on Monday, the Delhi Police lodged an FIR against 15 people for their alleged involvement in the protests that took place on Sunday. The agitators had set ablaze four buses near New Friends Colony, injuring at least six policemen and two fire brigade personnel. Locals of the Sarai Julema are in Jamia Nagar had allegedly clashed with police. The situation turned critical when the police got into action. Several Jamia students are also said to have been injured in the clash.

Around 100 students were also detained by the police but were released later. Speaking to the media, Chinmoy Biswal, Delhi Commissioner of Police South East, said that a mob of around 2,000 people turned violent and targeted public transport buses. "This mob was violent. Around 6 policemen have been injured in the stone-pelting. We are yet to ascertain the identities," Biswal said.