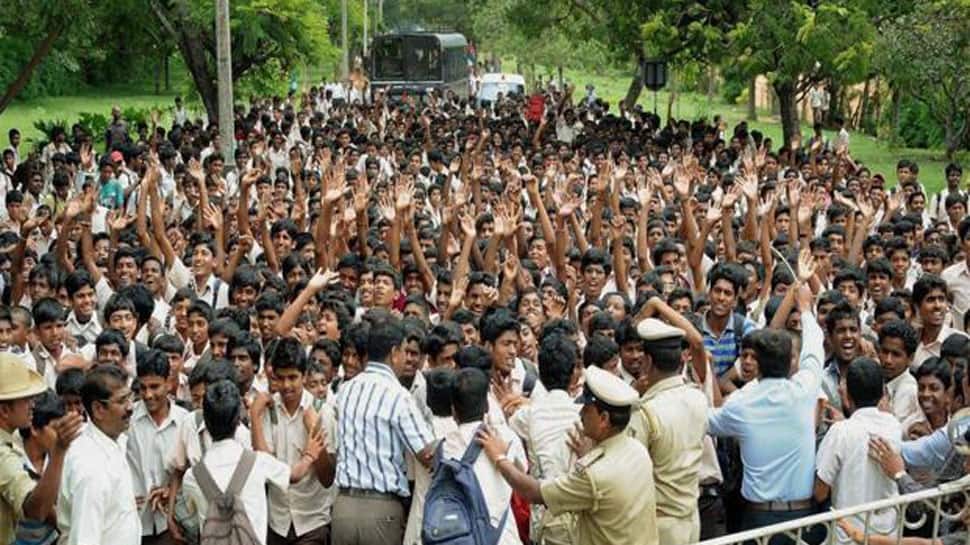 Bengaluru: A state-wide bandh called by Karnataka organisations on Thursday, January 25, is expected severely impact daily life. Demanding centre's intervention into the Mahadayi water sharing issue, the bandh has been called by the Confederation of Pro-Kannada Organisations.

All government and private schools and colleges will remain shut. Associated Managements of Primary and Secondary Schools in Karnataka has announced that all schools affiliated to it will be close. However, to make up for the loss of the day, schools have been directed by Bengaluru deputy commissioner to work for a full-day either on February 3 or 10, both of which are Saturdays.

Most public transport services are expected to continue with normal services. However, reports of Karnataka State Road Transport Corporation (KSRTC) supporting the bandh have emerged. Similarly, Bengaluru Metro train services will also be fully operational. Taxi unions and cab aggregators such as Ola and Uber will also be operational on Thursday. Autos, however, will not operate.

Essential services including hospitals, medical shops and the fire department will remain open on Thursday.

At least 15,000 police personnel will be deployed across the city on Thursday. Karnataka Chief Minister Siddaramaiah also urged residents to maintain peace.

Meanwhile, the Karnataka BJP has decided to call for a bandh during Congress chief Rahul Gandhi's state tour on February 4.