One of the highest paid actresses, Aamrapali recently took to her social media handle and shared some unseen pictures on Instagram. 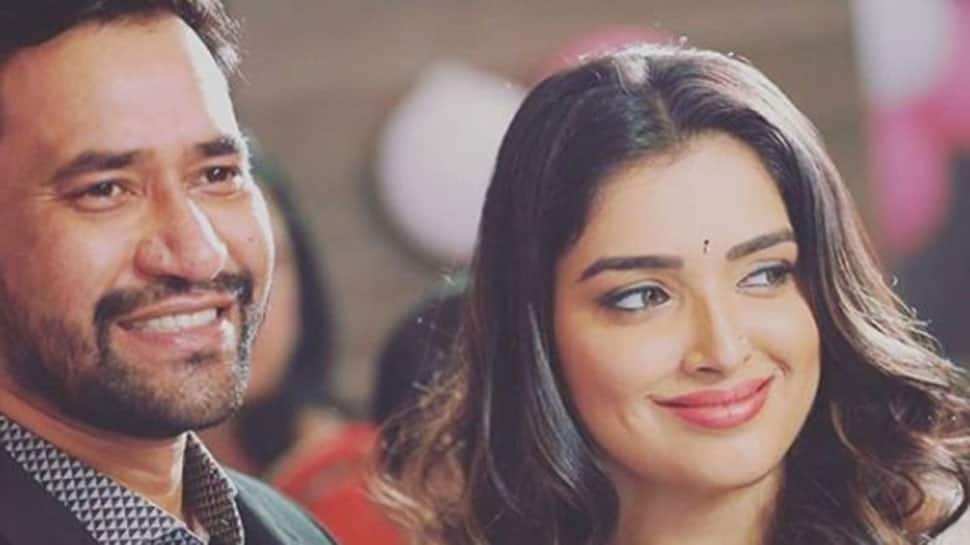 New Delhi: Top Bhojpuri actress Aamrapali Dubey and jubilee star Dinesh Lal Yadav aka Nirahua's on-screen pairing is a blockbuster, to say the least. The duo is adored by the fans who love to watch them together at the 70mm screens.

One of the highest paid actresses, Aamrapali recently took to her social media handle and shared some unseen pictures on Instagram. The photos were clicked at her brother's sangeet ceremony.

She captioned them as: “Some photos from my brothers Sangeet ceremony with my most favourite man @dineshlalyadav.”

The duo looks breathtaking in these clicks and certainly, it calls for a freeze frame moment. Several fans have liked the pictures and commented on it.

Aamrapali started off her career as a Bhojpuri actress in the first instalment of 'Nirahua Hindustani' back in 2014. In a period of five years, Aamrapali has become one of the leading ladies of Bhojpuri cinema and worked with all the A-listers.

Meanwhile, Nirahua has begun his political journey this year and BJP has fielded him from the Azamgarh constituency against Samajwadi Party chief Akhilesh Yadav in the Lok Sabha election.