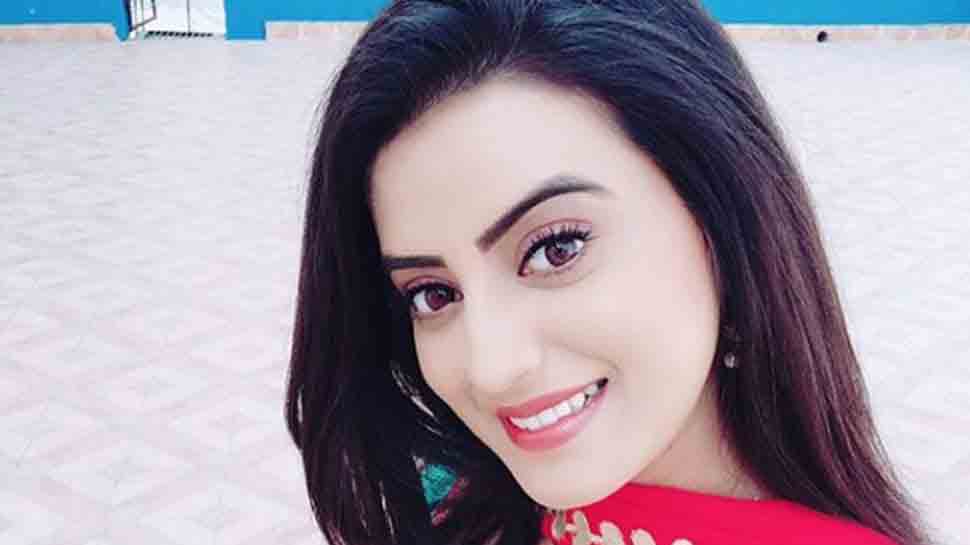 New Delhi: Besides her acting chops, Bhojpuri film industry's beauty queen Akshara Singh is known for her exceptional singing talent as well. Her fans eagerly wait for her latest songs and music album as the actress releases them regularly, keeping her fandom high.

The stunner of Bhojpuri cinema on Monday released her latest music album, titled 'Thumka'. The song has lyrics penned down by Manoj Matalbi while Avinash Jha 'GhunGhroo Ji' is the music director.

It was viewed by almost 1.25 lakh times within a day of its release.

Listen to the song below:

Only last month, Akshara had release her first song of the year, which was 'Collagiya Balamua'. The song had gone viral on the internet and was a declared a hit within hours of it being released. The music video was uploaded on YouTube on January 9, 2019 and has so far been watched over 8.73 lakh times.

Akshara has stolen million of hearts with her singing talent. She released several 'Kanwar' and 'Navratri' bhajans released last year around the festivals.

On the work front, she has films like 'Vivah, Love marriage', 'Majanua', 'Sujangarh', 'Babua Bawali', 'Raja Rajkumar' among others.