The film which is the third instalment of the blockbuster Nirahua Hindustani series is all set to release on Chhathh Pooja this year. 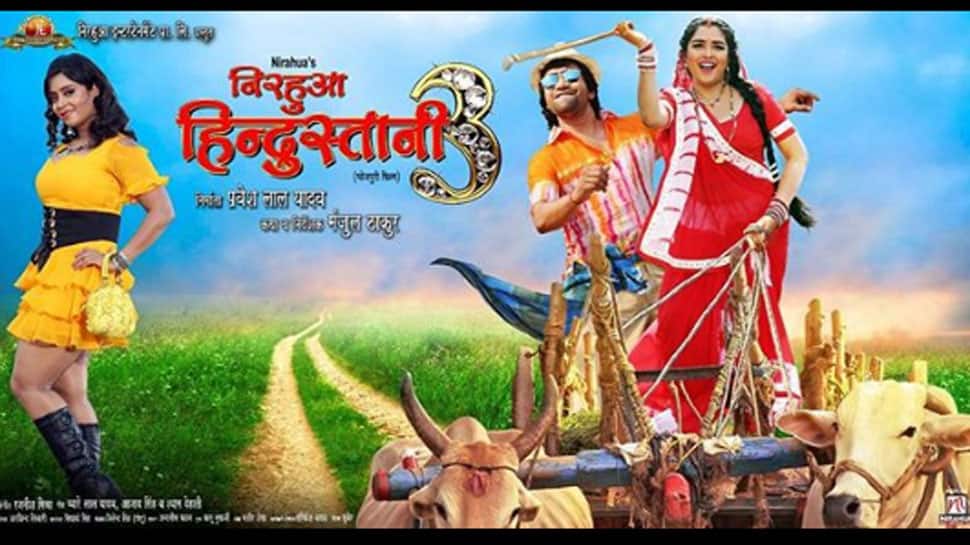 Mumbai: The makers of Dinesh Lal Yadav, Amrapali Dubey and Shubhi Sharma starrer Nirahua Hindustani 3 have unveiled the teaser of the film.

The film which is the third instalment of the blockbuster Nirahua Hindustani series is all set to release on Chhathh Pooja this year.

Take a look at the musical teaser here:

Also starring Sanjay Pandey, Kiran Yadav, Samarth Chaturvedi and Ashish Shendre in supporting roles, Nirahua Hindustani 3 is of great significance for Bhojpuri cinema because it is the first film to have a third part. The series began with Nirahua Hindustani on June 26, 2014. This film marked the debut of Amrapali in Bhojpuri film industry. The second instalment  - Nirahua Hindustani 2 released on May 12, 2017.

Rajnish Mishra will compose music for the film which will be penned by Pyarelal Kavi Dwara, Shyam Dehati and Azad Singh.

Amrapali Dubey teams up with this star for her next film