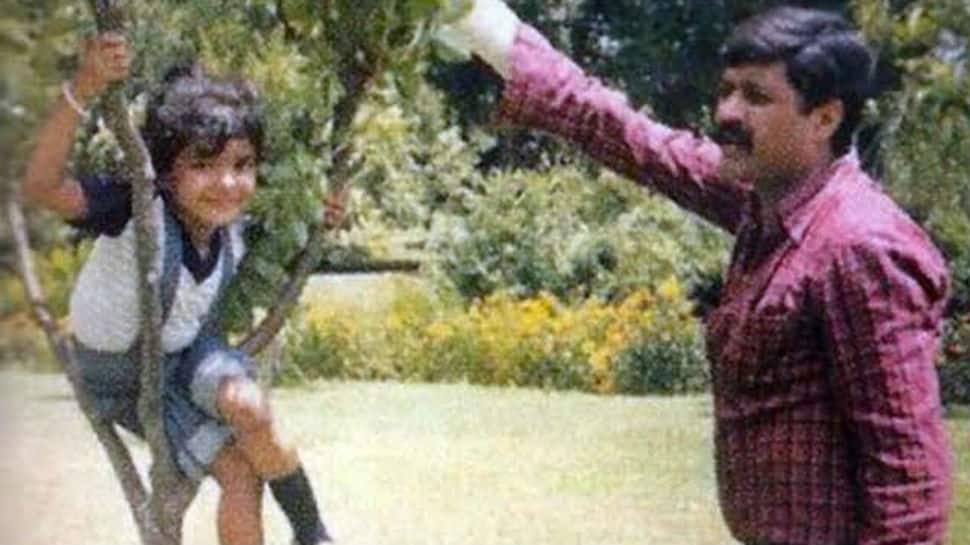 New Delhi: Actress Priyanka Chopra remembered her father Ashok Chopra with a heartwarming post on his death anniversary on Monday. She posted an old picture of herself as a little girl sitting on a tree while her Ashok Chopra stands beside her. "6 years. Seems like just yesterday we lost you.. I miss you, dad. Inexplicably," read Priyanka's caption for the post.

While Priyanka's husband Nick Jonas posted a heart emoticon on the photo of the father-daughter duo his dad Paul Kevin Jonas had the sweetest thing to say. "All our love sweet daughter-in-law. Noting can replace such a special man but we are here to surround your heart with love and support," he wrote.

6 years. Seems Like just yesterday we lost you.. I miss you Dad. Inexplicably.

Ashok Chopra, a doctor by profession, died of cancer on June 8, 2013, in Mumbai. Priyanka's mother Madhu Chopra is also a doctor. Priyanka and Siddharth are the couple's two children.

A year before his death, in 2012, the 36-year-old actress had got a tattoo reading 'Daddy's lil girl' inked in his handwriting on her wrist.

Meanwhile, on the work front, Priyanka is awaiting the release of 'The Sky Is Pink', her first Hindi film in four years. She also has a couple of Hollywood projects lined-up. Priyanka shuttles between India and the US frequently due to personal and work commitments.