The actors showed solidarity and promoted SSR's last movie by paying him a kind of tribute and ensuring that the film release news reaches the maximum audience. 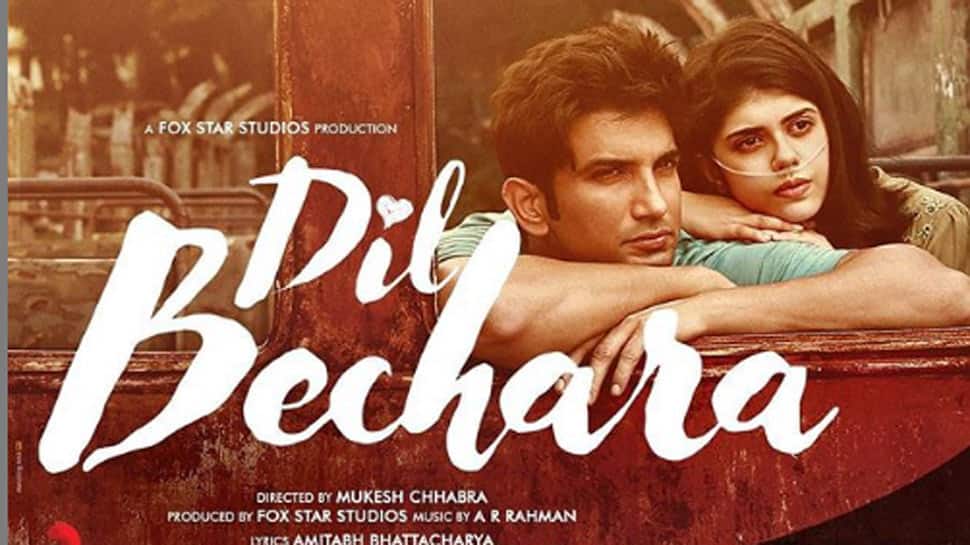 New Delhi: Bollywood actor Sushant Singh Rajput's last movie 'Dil Bechara' will be releasing on July 23, 2020. The movie will stream on digital platform DisneyPlusHotstar and not head for a theatrical release. The actor's shocking death by suicide sent shivers across the nation with fans demanding a CBI enquiry into the case.

Sushant Singh Rajput was found hanging at his Bandra residence on June 14, 2020. The final post mortem report confirms death by asphyxia due to hanging, ruling out any foul play.

The announcement of the 'Dil Bechara' release date was made a day back on social media and several celebrities like Shraddha Kapoor - his co-star in 'Chhichhore', Rajkummar Rao - his debut film 'Kai Po Che' co-star, Kartik Aaryan, Bhumi Pednekar - his co-star from 'Sonchiriya' amongst several others promoted the movie on their respective Instagram/Twitter accounts.

Fault in our stars  pic.twitter.com/w9EPyhL1Po

The actors showed solidarity and promoted SSR's last movie by paying him a kind of tribute and ensuring that the film release news reaches the maximum audience.

The Mumbai police is currently investigating his suicide case.