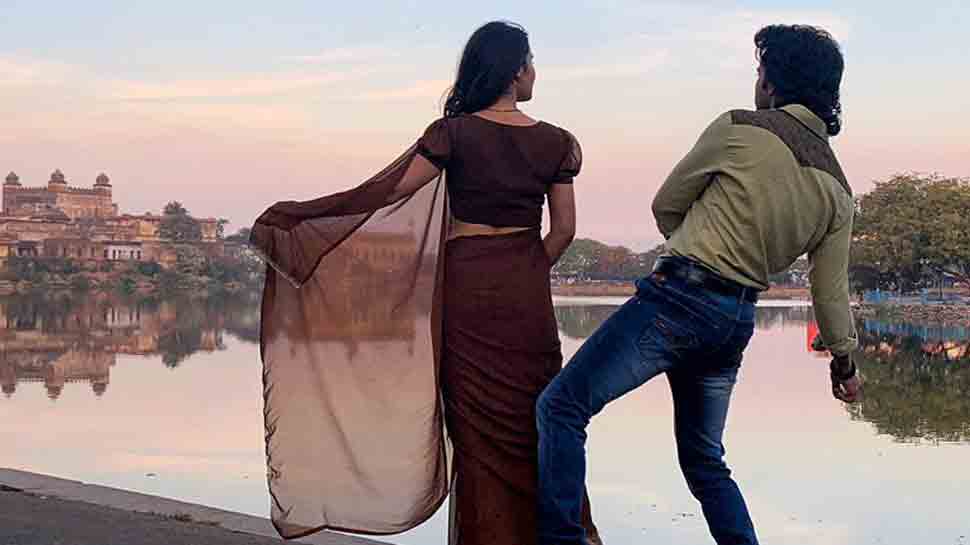 New Delhi: Actor Rajkummar Rao, who is still basking in the success of horror-comedy flick 'Stree', is all set to feature in Anurag Basu's next untitiled project. Rajkummar will be sharing the screen space with 'Dangal' fame Fatima Sana Shaikh for the first time ever.

And the actor took to Twitter to share the news with his fans, by sharing a glimpse of the film. In the photos, he and Fatima are standing beside a lake of what appears to be a heritage city. While Fatima is clad in saree, Rao is seen in a look, which is quite similar to Varun Dhawan's character 'Mauji' in last year's release 'Sui Dhaaga: Made In India'.

The picture features both the actors from the backside.

Although makers are yet to make an announcement about the film, media reports suggest that the yet untitled venture is made on the lines of Basu's 2007 hit film 'Life In A Metro'.

As per reports, the team began their 15-day schedule on Monday in Bhopal. According to various media reports, the film will be narrating stories of four different people from four small towns of India. Apart from Rajkummar and Fatima, the film also features Abhishek Bachchan, Aditya Roy Kapur and Pankaj Tripathi in lead roles.

Fatima was last seen in 2018's action-adventure drama 'Thugs of Hindostan' alongside Aamir Khan, Amitabh Bachchan and Katrina Kaif. Rajkummar's 'Stree' became one of the biggest blockbusters of 2018.

Rajkummar has three other projects in his kitty including 'Ek Ladki Ko Dekha Toh Aisa Laga', 'Mental Hai Kya' and 'Made in China'.