‘Rashmi Rocket’ is about a young girl, Rashmi (played by Taapsee Pannu) from Kutch, blessed with a gift. 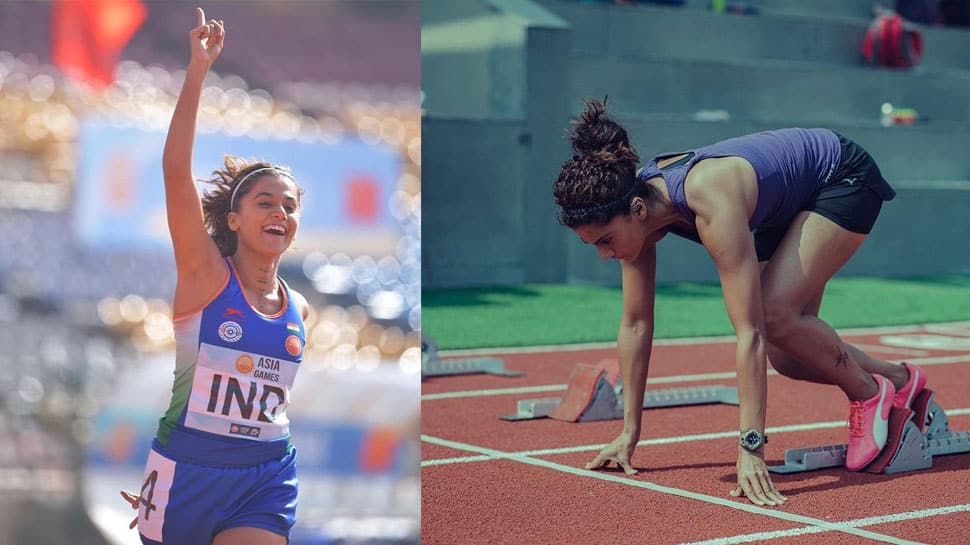 New Delhi: Taapsee Pannu, Priyanshu Painyuli and Abhishek Banerjee visited Ahmedabad to promote the ZEE5 Original movie, ‘Rashmi Rocket’. The trip felt like coming home since a part of it was shot in Kutch.

The day kicked off with the cast devouring on a traditional Gujarati thali at Mahendra Thal. Since Taapsee was on a strict diet during the shoot of the movie, she was most ecstatic as she got to relish and devour local food.

The hearty lunch was followed by an interaction with the tourism minister, where they discussed the scope and growth of the film industry in Gujarat as well as the film. And, the exciting day ended with the cast attending two Navratri events – at Radheshyam farm and Shankus resort – and joined in the Garba madness. 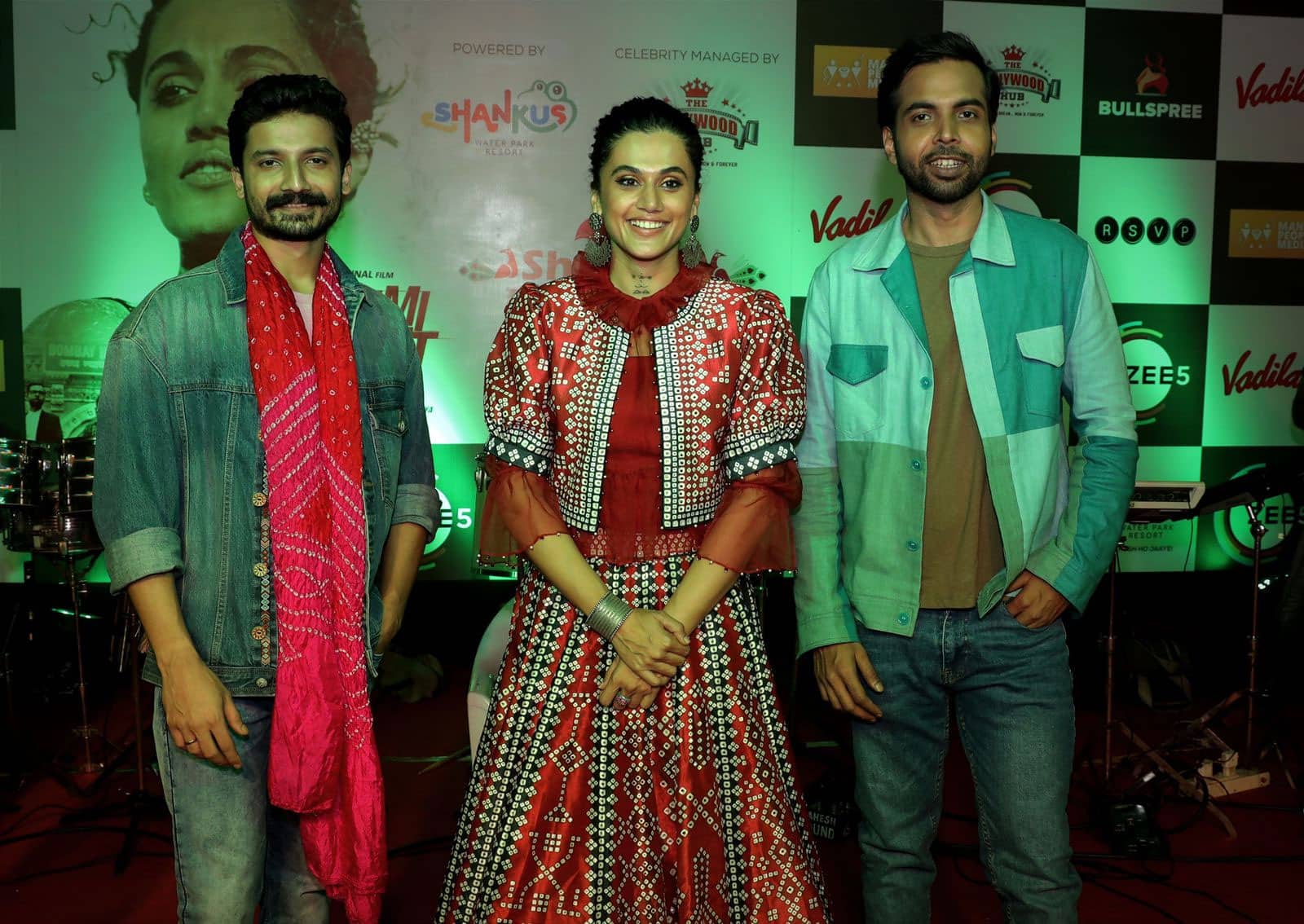 A big part of ‘Rashmi Rocket’ was shot in Gujarat as the movie is set in the salt marshes of Kutch. The movie even has a Navratri special song, ‘Ghani Cool Chori’ which has become a crowd favourite this Navratri. And the coolest part of the song is Taapsee doing the Garba in traditional clothes and sneakers. Sung by Bhoomi Trivedi, composed by Amit Trivedi and lyrics penned by Kausar Munir, ‘Ghani Cool Chori’ has crossed 11 million views on YouTube and has been trending on Instagram reels as well. 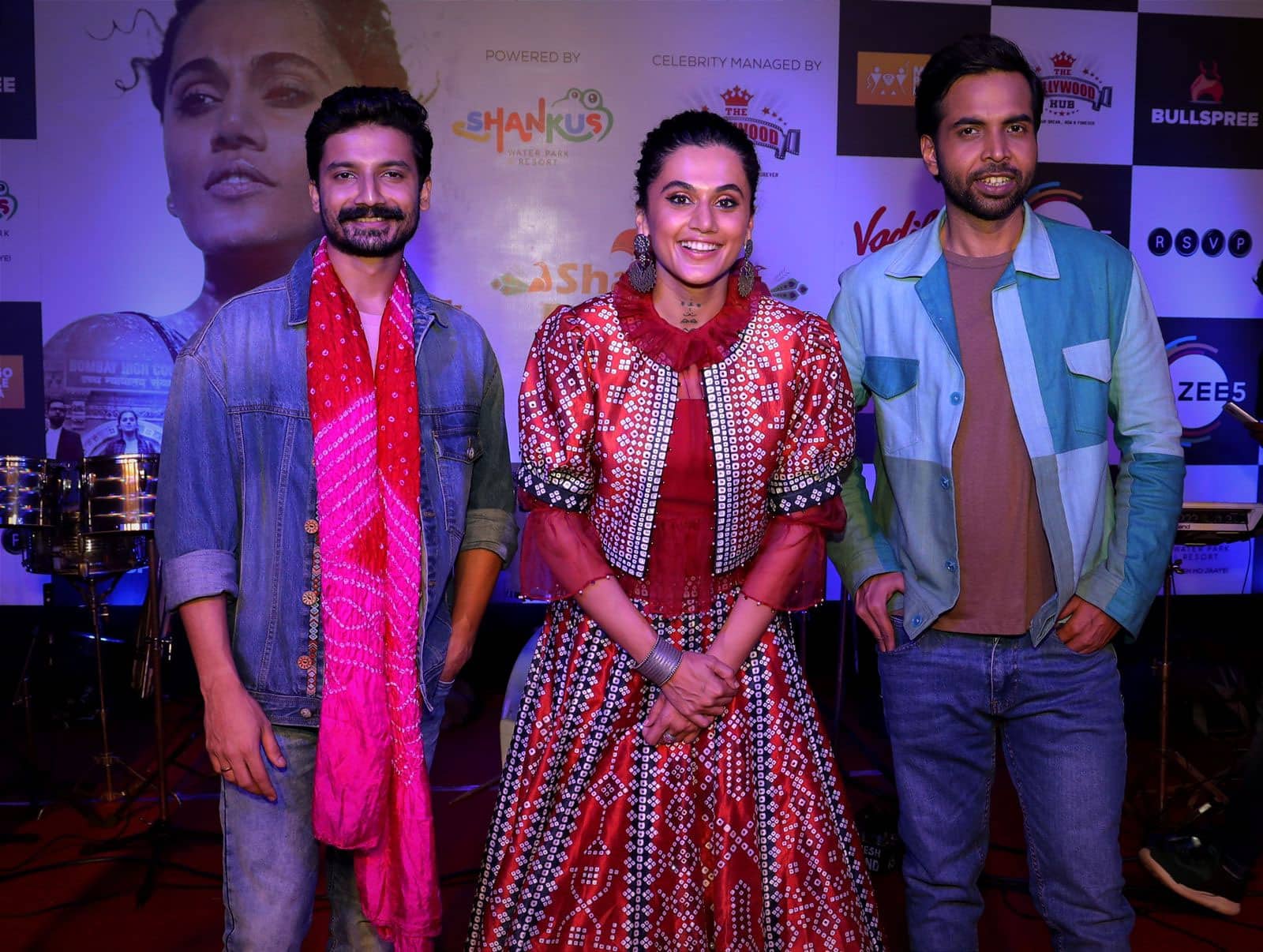 ‘Rashmi Rocket’ is about a young girl, Rashmi (played by Taapsee Pannu) from Kutch, blessed with a gift. She's an incredibly fast runner who dreams of crossing the finish line. In the journey to fulfilling her dreams, she soon realizes that the race to the finish line is peppered with many hurdles, and what seems like an athletic contest turns into her personal battle for respect, honour, and even her very identity.

Taapsee Pannu said, “I was so looking forward to this trip and I am glad I could make it as Ahmedabad has lived up to my expectations. I had the best time-devouring local food, discussing the growth of the film industry in Gujarat and most importantly, letting my hair down and playing Garba. Gujarat is known for its Navratri events but the energy of the crowd was infectious and I could not help but join in! Also, it makes me so happy to know that ‘Ghani Cool Chori’ is a crowd favourite here as well”.