Veteran business and Charman Emeritus of Tata Sons Ratan Tata turned 78 today. On his 78th birthday, here are 10 interesting facts about his life that you must know. 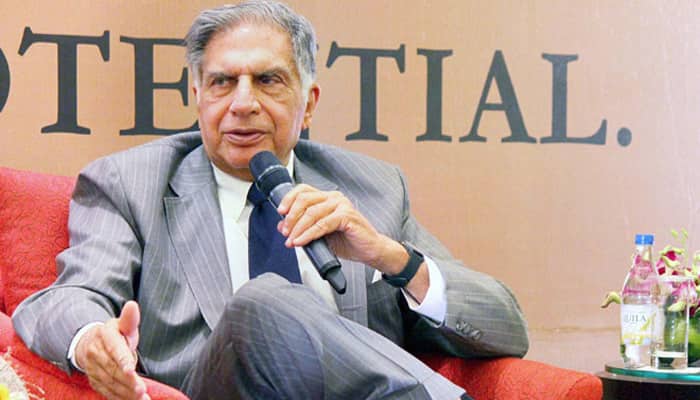 On his 78th birthday, here are 10 interesting facts about his life that you must know.

Ratan Tata is the great grandson of Jamsetji Tata, the founder of Tata Group and the son of Naval Tata who was the adopted by Ratanji Tata from a distant relative.

2. Love life, but without a green flag

Ratan Tata had fallen in love for 4 times but could'nt make it to marriage. For the fourth time, he was all set to marry but again his relationship could't be taken to the next level and Tata remained single for life.

Ratan Tata had to suffer from his parent's breakup when he was 10. His parents Naval and Sonoo got separated on mid 1940s. He was then raised by his grandmother and completed schooling from the famous schools in Mumbai (Champion School and Cathedral & John Connon School).

Ratan Naval Tata rejected the job offer from IBM and started his career as a blue collar employee at the Tata Steel in Jamshedpur 1962.

Throughtout the inspiring journey of Ratan Tata as a powerful businessman and entrepreneur, he has won numerous legendary awards. The most important one's are ‘Padma Bhushan’ (2000) and ‘Padma Vibhushan’ (2008). He has also been honored as the 26th Robert S. Hatfield Fellow which is regarded as the most prestigious and highest award given by Cornell University.

6. Made Tata group to fly high

Ratan Tata was the visionary man of Tata group, under whose leadership, his comapny aquired Jaguar, Corus, Land Rover and Tetly that drasrically changed Tata Group's level into an international business firm.

During 1998, Ratan Tata crossed all the boundaries of gaining popularity when he became the first to introduce world's cheapest car – 'Tata Nano' (also famous as “People's Car”) at Rs 1 lakh.

Ratan Tata is graduated from the Harvard University School of Business in the same year as President George W. Bush (1975).

26/11 attacks in Mumbai has made a dark imprint on Ratan Tata and he terms it as a life changing moment of his life. For six months after the attack, he could'nt speak clearly.

10. Though retired but still young with his work

Ratan Tata is currently serving the India Advisory Board (IAB) of Harvard Business by being its member and he has a vision to contribute to the rural India develpoment with his new ventures. Tata has made over 20 investments in start-ups and online firms.

Know! which Indian airport has become the first to offer e-boarding facility