England were earlier bundled out cheaply for 204 runs in their first innings, thanks to West Indies skipper Jason Holder for leading from the front. 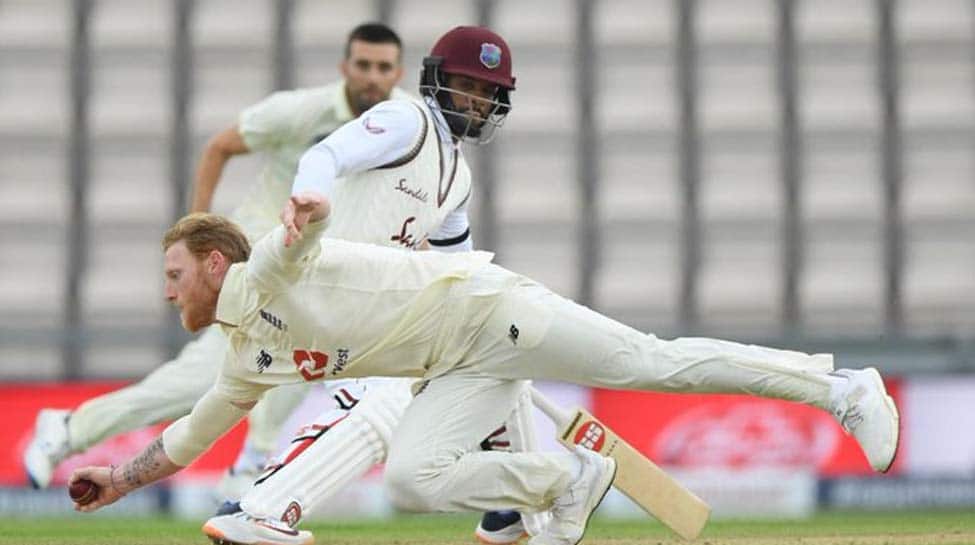 West Indies reached 57 for one before bad light forced early stumps on the second day of the opening Test of the three-match series against England at the Rose Bowl Cricket Stadium in Southampton on Thursday.

At the end of the day's play, Kraigg Braithwait and Shai Hope were batting at the crease at their respective scores of 20 and three.

Earlier in day, opener Rory Burns (unbeaten at 20) and first-drop Joe Denly (14) resumed England's first innings at 35 for one.

However, Burns and Denly failed to add much to their side's innings and were departed for 30 and 18 runs, respectively.

Subsequently, Zak Crawley too was departed cheaply for 10 runs after being caught leg before wicket off a Jason Holder delivery.

Ben Stokes (43) and Joss Buttler (35) then tried to steady England's innings by stitching a crucial 67-run partnership for the sixth wicket before the duo also fell victim of Holder.

Dom Bess remained unbeaten at 44-ball 31, while the wickets at the other end kept tumbling at regular intervals.

England were eventually bundled out cheaply for 204 runs in their first innings, thanks to West Indies skipper Jason Holder for leading from the front.

Holder proved to be tormentor-in-chief for the Caribbean side as he finished with brilliant figures of six for 42. He was well-supported by Shannon Gabriel, who finished with four wickets.

Almost four months after the game was distrupted due to coronavirus pandemic, the international cricket resumed on Wednesday with the first day of the first Test between England and West Indies.

However, it was not the kind of cricketing return the fans were expecting as rain played the spoilsport and allowed just 17.4 overs of action on Day 1.