The decision saw a warm response from Virat Kohli's wife and popular Bollywood actress Anushka Sharma, who posted a heart on her Instagram story. 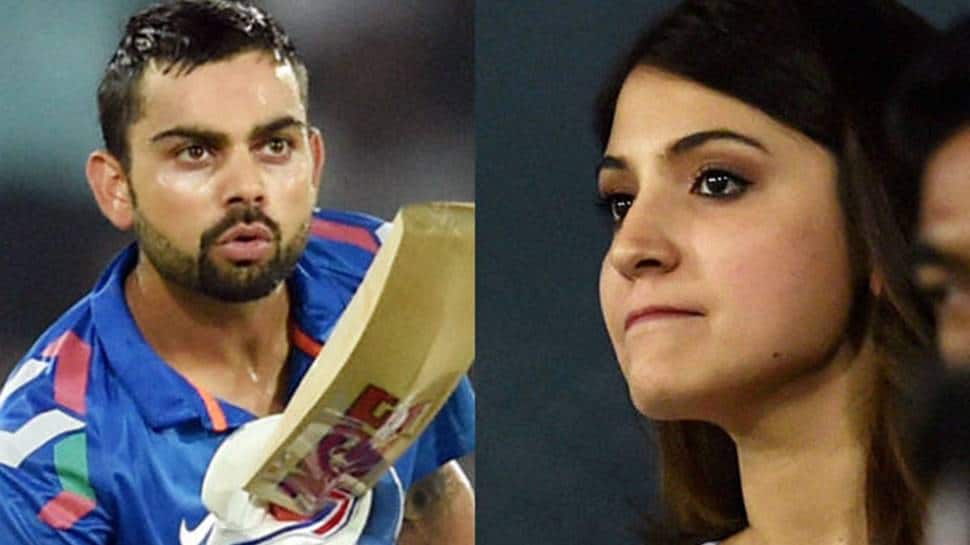 Virat Kohli left many surprised on Thursday evening when he announced his decision to quit the T20I captaincy after the conclusion of the World Cup, which starts from next month in UAE and Oman.

Kohli announced the decision on social media and said that he will continue to lead the team in ODIs and Tests, citing workload management as the reason behind the move. In the post, the 32-year-old also mentioned that the decision was taken after consulting it with head coach Ravi Shastri and senior team-member Rohit Sharma, who is expected to take charge of the team in the shorter format of the game.

The decision saw a warm response from his wife and popular Bollywood actress Anushka Sharma, who posted a heart on her Instagram story which also had Kohli's statement. 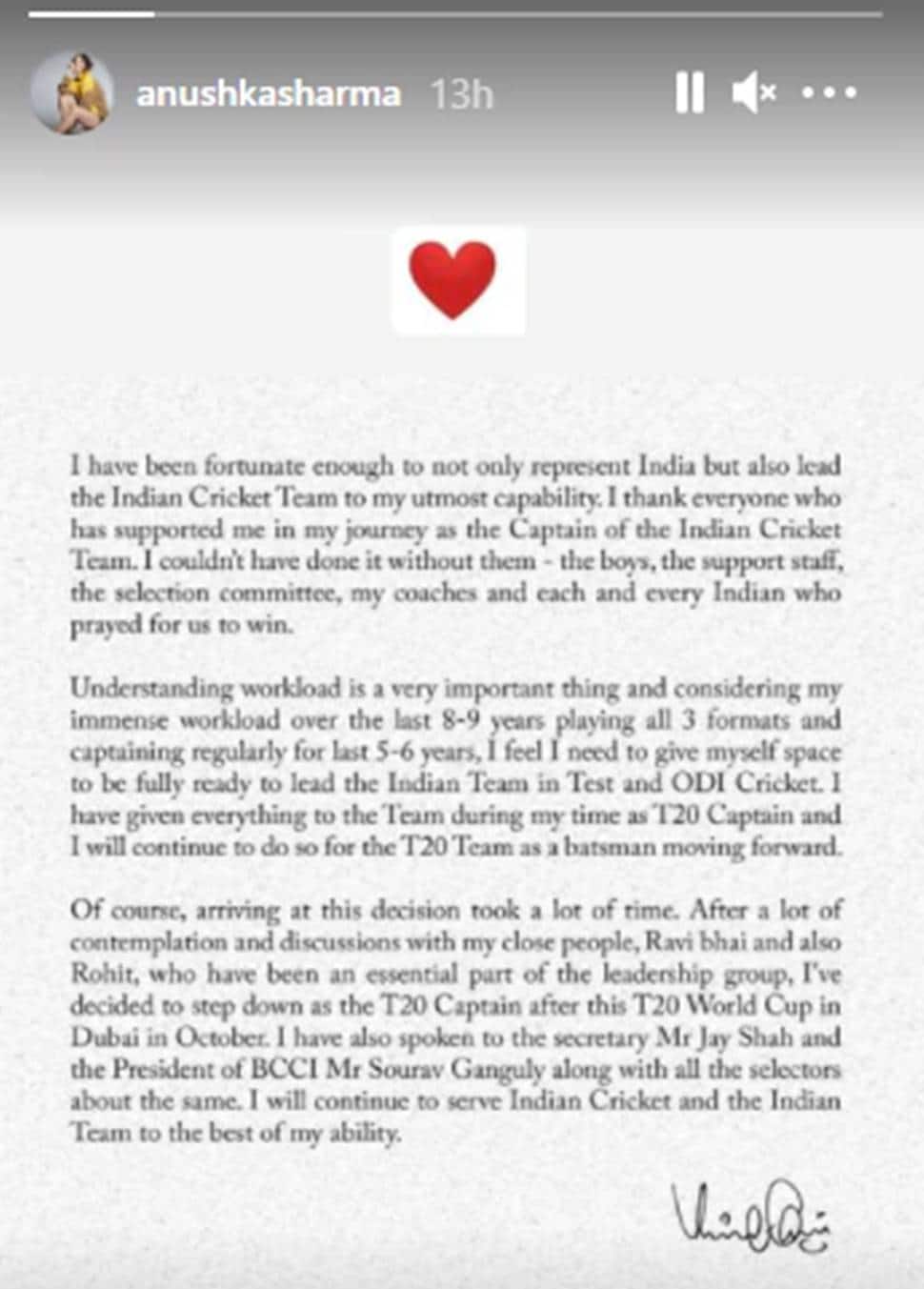 Anushka had accompanied her husband in India's recent tour to England, which was called-off midway due to COVID-19 cases in the Indian camp. She is currently based in Dubai with Kohli, where the right-handed batsman will lead Royal Challengers Bangalore in the second phase of Indian Premier League (IPL) 2021.

The actress has been a great supporter of Kohli and is seen attending most of his matches, cheering from the stands. The couple tied the knot in 2017 and are blessed with a baby girl.