Afridi accused Prime Minister Narendra Modi of committing religious atrocities in India in a video that has gone viral on social media. 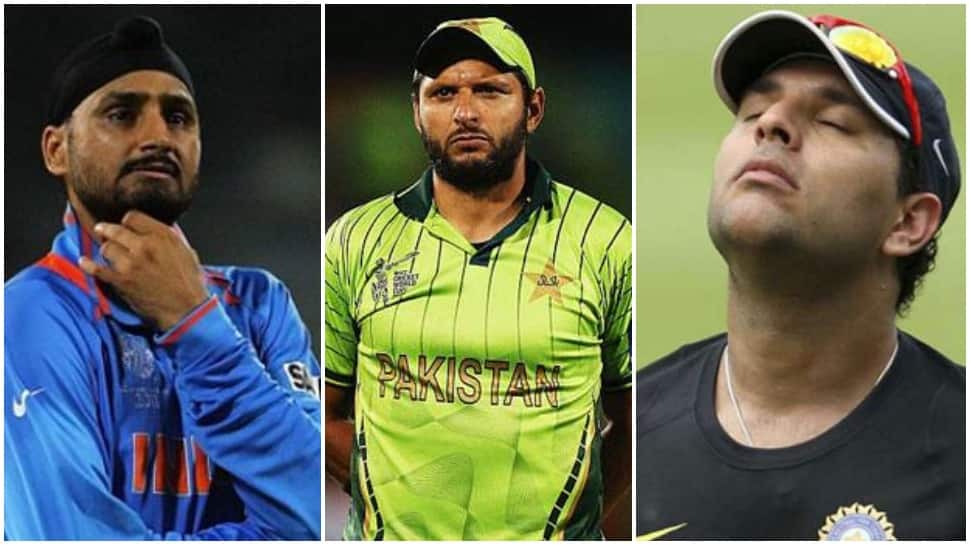 New Delhi: An angry Harbhajan Singh called Shahid Afridi unworthy of his friendship, while Yuvraj Singh regretted his call for assistance to the Pakistani player's charity, both former India players expressing disappointment at his anti-India comments.

Last month, Harbhajan and Yuvraj had posted videos in support of the 'Shahid Afridi Foundation' which was raising funds for the underprivileged affected by COVID-19 pandemic.

"It was Afridi who requested me and Yuvi to do a video in support of his foundation as the spread of pandemic doesn't see religion or borders. But then he would time and again make anti-India comments," Harbhajan told PTI on Sunday.

"I feel terrible that I even called him a friend. He is not a worthy human being who can be called a friend. I am done with calling Afridi a friend," he added.

"Really disappointed by @SAfridiOfficial's comments on our Hon'ble PM @narendramodi ji. As a responsible Indian who has played for the country, I will never accept such words. I made an appeal on your behest for the sake of humanity. But never again," he said.

Really disappointed by @SAfridiOfficial‘s comments on our Hon’b PM @narendramodi ji. As a responsible Indian who has played for the country, I will never accept such words. I made an appeal on your behest for the sake of humanity. But never again.

Afridi accused Prime Minister Narendra Modi of committing religious atrocities in India in a video that has gone viral on social media.

Does he feel that supporting Afridi's NGO was an error of judgment considering the sensitive nature of Indo-Pak relationship, Harbhajan replied: "The intention was to support a good cause. But then I hear him make unsavoury statements about my country. Here I try to support you despite being viciously trolled and then you show your class."

Asked if the trolling affected him, Harbhajan said "No, I won't say it affected me because these are people who don't matter in my life. I know the kind of person I am. I don't need to prove my love for my country."

"Yes, I understand one point. Had this been a charity for Wasim Akram and had I posted a video supporting him, I wouldn't have been criticised or trolled. Because Akram never insulted my country.

"So no one would have bothered. But here is a person, who asked for support for a cause and then lectures us on our country speaks more about him than me."

Does he want Afridi to know his opinion on the recent comments, Harbhajan said: "Jis gali jaana hi nahin uske bare mein sochna hi kyun (if I am not going to tread that path, why should I even bother thinking about it)."