Shakib Al Hasan is making history look easy at this ICC Men’s Cricket World Cup but the all-rounder knows his fine form must continue if Bangladesh are to make the semi-finals. 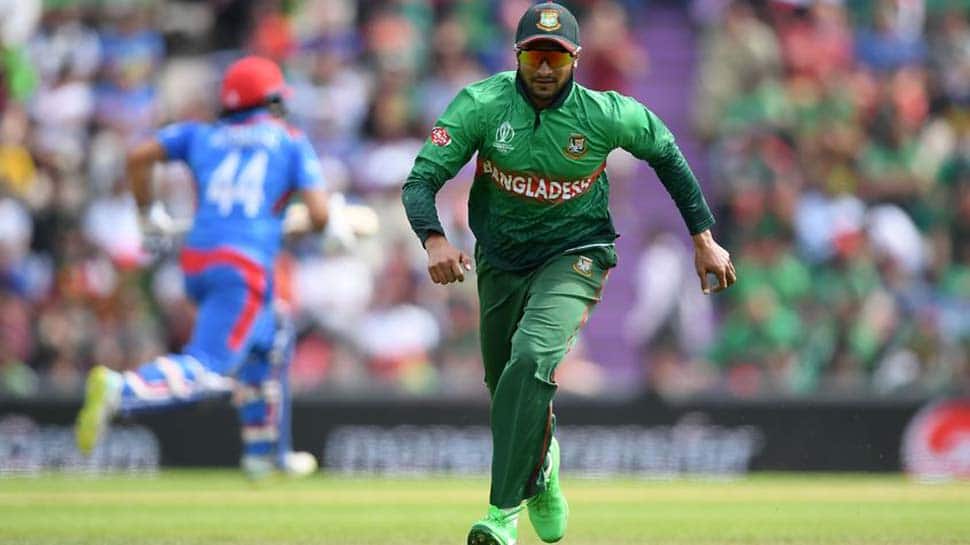 Shakib Al Hasan is making history look easy at this ICC Men’s Cricket World Cup but the all-rounder knows his fine form must continue if Bangladesh are to make the semi-finals.

The all-rounder hit 51 and then took a five-for in their 62-run over Afghanistan on Monday that keeps them in contention to catch England in the top four.

Shakib has now passed 400 runs and taken ten wickets in the same World Cup – a feat never before achieved by an all-rounder at this tournament.

But personal achievements are not the priority for the 32-year-old, who has passed 50 every time he has batted this summer, except for against Australia when he made a run-a-ball 41.

“I don’t rank my performance at all, but it is very satisfying when I’m contributing with both ball and bat rather than just in one sector,” he was quoted by ICC Media as saying.  “It was needed and important from my perspective and the team.

“Luckily I have been doing this, I am very happy with the way the tournament is going, but there are still two very important matches. India are the top side, someone who is looking at the title, it is not going to be easy but we will give it our best shot.

“Experience will help, we have to play our best cricket to be able to beat India. They have got world-class players who can take the match in their own hands. We have to be at our best but I believe we are a capable enough team.”

The win at the Hampshire Bowl on Monday owed much to a patient batting performance.

In addition to Shakib, keeper Mushfiqur Rahim also notched a half century to get them to 262/7 – and Afghanistan were then knocked over for 200.

“To be honest, we thought we had enough runs on the board. It wasn’t a wicket where teams can score 300-350, we knew it was always going to be difficult,” he added.

“They have three quality spinners and we had to handle them well. That is why we managed 260, our target was to bat 50 overs and get 240 as a minimum.

“I thought it was good thinking, we wanted to bat the overs and if we got more we would take that as a bonus. That gave us enough. to go out there and bowl Afghanistan out."

Bangladesh’s final two games in this tournament are against India and Pakistan, and both must be won if they are to catch England and secure a place in the knockout stages.

“England have got three more matches and need to win one," added Shakib.

"We have two and have to win both. It is difficult mathematically but that’s cricket, anything can happen.

“It will be tough but we have belief that we can pay well and get the result. That is all we can do and then we have to look at the other results.”