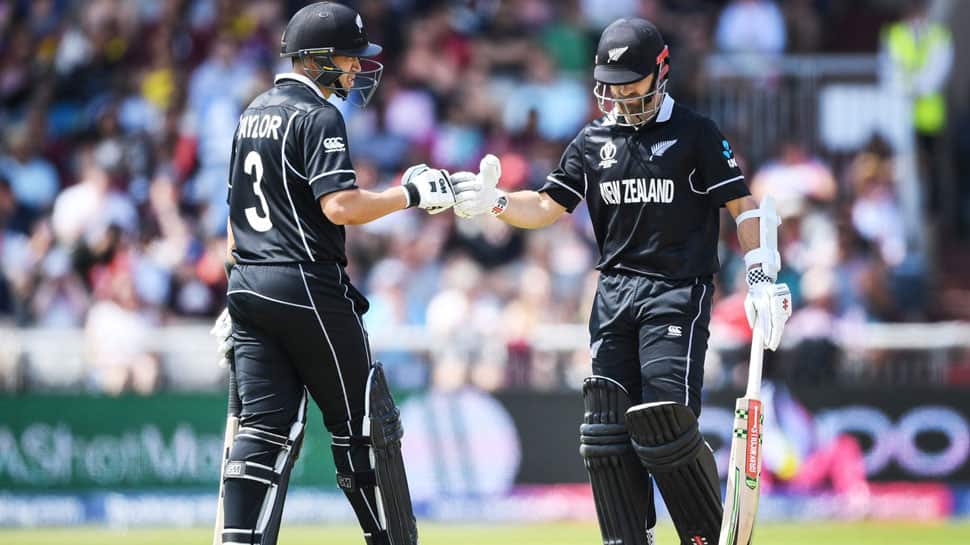 New Zealand continue to remain unbeaten in the ICC Cricket World Cup 2019 following their fifth win in six matches on Saturday. The Kiwis emerged victorious by a margin of five runs following a 154 ball 148 by skipper Kane Williamson.

Williamson scored 148 runs off 154 deliveries in an innings comprising of fourteen boundaries and a six. His knock helped lead New Zealand on to a total of 291 runs for the loss of eight wickets in 50 overs. Veteran Ross Taylor was the second highest run-scorer with 69 runs off 95 deliveries.

In reply, the West Indies lost Shai Hope and Nicholas Pooran for just 1. Chris Gayle and Shimron Hetmyer went about rebuilding the Windies chase with a partnership in excess of 100.

However, the New Zealand bowling attack made its presence felt at this stage accounting for the duo as well as the key wickets of Jason Holder and Evin Lewis. Carlos Braithwaite attempted to lead the Windies on to a much-needed win a counter-attacking maiden ODI hundred.

However, he was dismissed off the final delivery of the 49th over while attempting a big hit with the side bowled out for 286 runs in 49 overs.

# Ross Taylor and Kane Williamson stitched their 14th partnership in excess of 100 runs.

# Ross Taylor and Kane Williamson's partnership of 160 runs for the third wicket is the highest ever partnership in the World Cup for New Zealand at that position.

# Chris Gayle is now the leading wicket-taker against New Zealand in ODIs for the West Indies.