Imad, who had topped the rankings two years ago, has leapfrogged leg-spinners Shadab Khan of Pakistan and Adil Rashid of England, after taking one for 24. 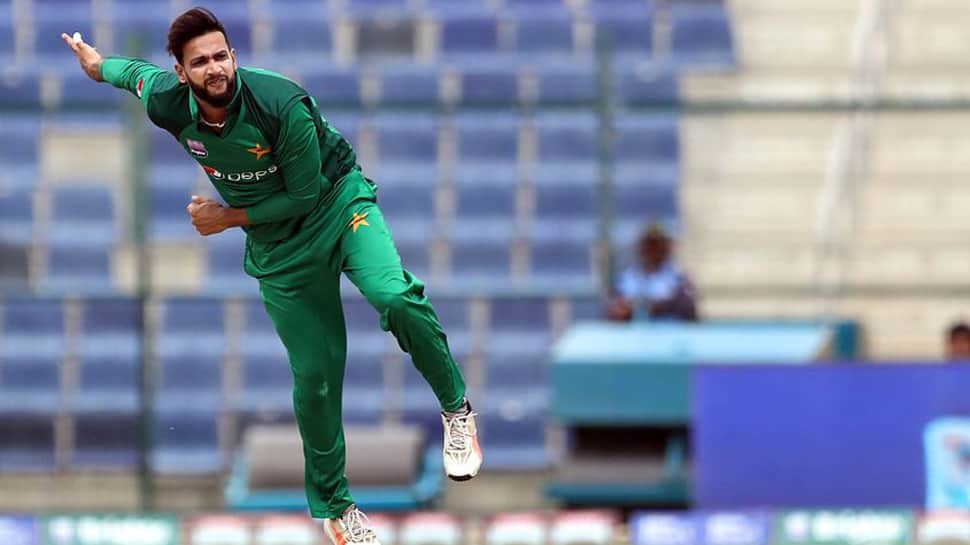 Pakistan’s left-arm spinner Imad Wasim has moved up to the second position in the International Cricket Council (ICC) T20I Player Rankings after the one-off match against England, which his side lost by seven wickets in Cardiff on Sunday.

Imad, who had topped the rankings two years ago, has leapfrogged leg-spinners Shadab Khan of Pakistan and Adil Rashid of England, after taking one for 24.

Shadab missed the Cardiff match due to an illness while Rashid failed to grab a wicket. Left-arm fast bowler Shaheen Afridi is another one to advance in the rankings - from 50th to 47th position.

Babar Azam has consolidated his position as the number one batsman after top-scoring in the match with 65, a knock that helped him gain 11 points and take his tally to a career-best 896 rating points. Harris Sohail has also moved up in the list, his knock of 50 lifting him from 218th to 141st place.

For England, Joe Root has moved up two places to 19th place among batsmen after scoring 47 and captain Eoin Morgan has advanced three places to 22nd after an unbeaten knock of 51, which earned him the player of the match award.

In other movements, opener James Vince has reentered the rankings at 89th position and Joe Denly has gained 39 slots to reach 134th among batsmen, while Tom Curran has advanced 21 places to reach 85th among bowlers.

In the ICC T20I Team Rankings, England have overtaken South Africa to second place in the list led by Pakistan with 283 points. England now have 266 points with South Africa (262), Australia (261) and India (260) following in that order.