In November 2019, India became the ninth country in the world to play Day-Night Test when they battled it out in the second match against Bangladesh under-lights with a pink ball at Eden Gardens in Kolkata. 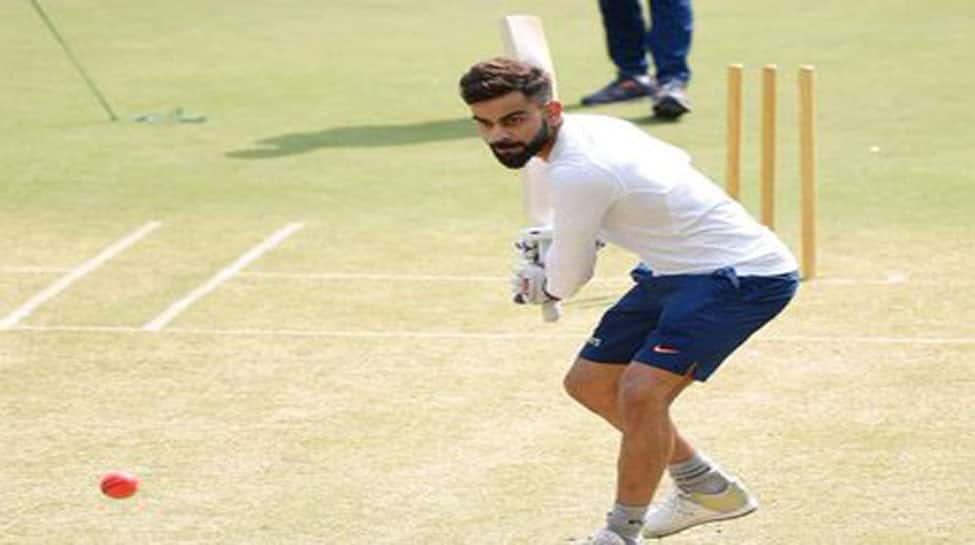 Indian skipper Virat Kohli on Monday declared that his side is ready to play day and night Test match with a pink ball against Australia, be it in Perth or Gabba.

The 31-year-old's comments came on the eve of the opening One-Day International (ODI) of the three-match series between the two sides at Wankhede Stadium in Mumbai.

In November 2019, India became the ninth country in the world to play Day-Night Test when they battled it out in the second match against Bangladesh under-lights with a pink ball at Eden Gardens in Kolkata.The hosts went on to win that match by an innings and 46 runs inside three days.

Prior to this clash, India had previously refused to play the games under lights several times. However, Kohli has shown immense confidence in his side ahead of the ODI series against Australia, saying that India have the skillsets to compete against anyone in the world anywhere and in any format of the game.

"We played the day-night Test here and we were pretty happy with how it went. It has become a very exciting feature of any Test series and we are absolutely up to playing day-night Tests," Kohli said in a press conference.

"We are definitely open to play day-night Test and whether its Gabba, Perth doesn't matter to us. We do have the skillsets now to compete against anyone in the world anywhere and in any format of the game. Whether it is red ball, white ball and pink ball, we are ready for any challenge," the Indian skipper added.

Ahead of the first Australia clash at Wankhede Stadium, Kohli, meanwhile, also admitted that dew will be a big factor at the venue, but added that his side is ready for any kind of challenge with the ICC T20I World Cup approaching.

"Yes, dew in Wankhede has always been a big factor, especially in a 50-over game because in the afternoon you have nothing in the pitch to play differently. The lights with the dew can be really challenging for the bowlers but, as I said, we are ready to play any kind of one-day cricket now in the year of the T20I World Cup and Test Championship going on," he said.

India will head into the Australia series on the back of a three-match T20I series win 2-0 against Sri Lanka. The visitors, on the other hand, are coming after their three-match Test series whitewash of New Zealand.

Bangladesh gets government clearance only for T20I series in Pakistan