Indian batters had a picnic against England: Basit Ali

Former Pakistani cricketer Basit Ali has criticised the Indian batters for their slow batting against England in the World Cup match which they lost by 31 runs in Birmingham on Sunday. 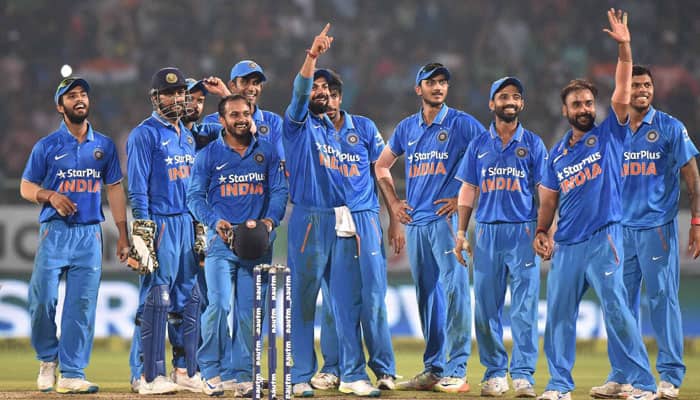 New Delhi: Former Pakistani cricketer Basit Ali has criticised the Indian batters for their slow batting against England in the World Cup match which they lost by 31 runs in Birmingham on Sunday.

Chasing 338, Indian batters started off slowly and could not manage to up the ante as and when required and ended up scoring 306/5 in their allotted 50 overs, thus registering their first defeat in the ongoing tournament.

Speaking to a Pakistani news channel after India's defeat, Ali said: "If you are chasing 337 runs and in the first 10 overs you only make 28 runs in which two fielders are in the outer circle, then according to me India played those 10 overs really bad."

"They had a picnic on the field. The batsmen were just making sure they were in good form. Rohit Sharma scored a century at his own time, Virat Kohli score his 66 so leisurely. It was just Pandya who was hitting and scored 45 off 33 balls," added Ali, who has played 19 Tests and 50 ODIs for Pakistan.

Before the England match, Ali had claimed that the Men in Blue might perform badly and intentionally lose their matches against Bangladesh and Sri Lanka.

With England's win, Pakistan's chances of making it to the semifinals are left in a spot. They now need to win their last game against Bangladesh (Friday) and hope that New Zealand beat the Three Lions in their last encounter on Wednesday so that the Green Brigade can enter the knockout stage.