India is set to play 5 T20Is and will be led by Virat Kohli. The tour starts from January 24. 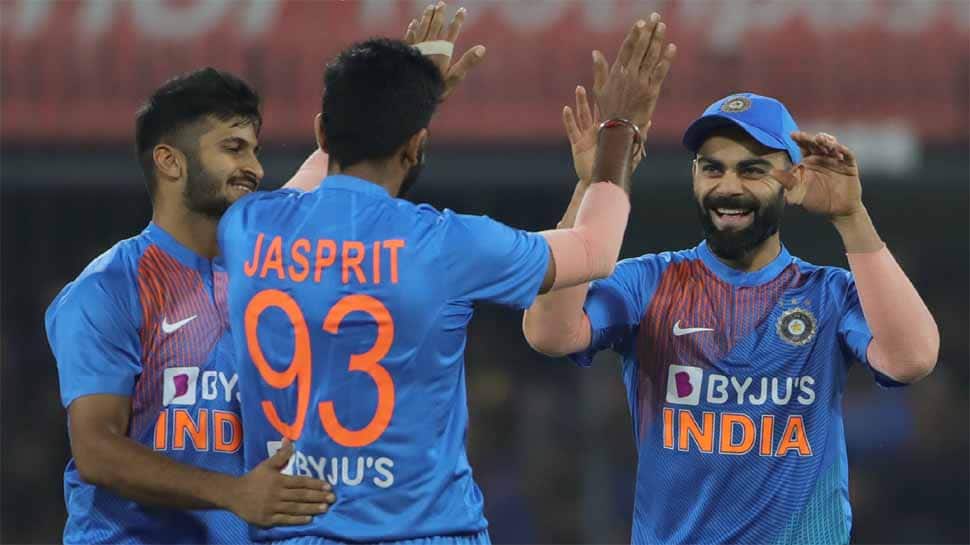 The All-India Senior Selection Committee of the Board of Control for Cricket in India today (January 12) picked India's T20 International squad for the upcoming tour against New Zealand.

India is set to tour the island nation for five T20Is, three ODIs and two Test matches starting with the first T20I match to be played in Auckland on January 24.

Virat Kohli will lead the team along with his trusted deputy Rohit Sharma as part of the 16-member squad.

The squad announcement for the ODIs and Test has been put on hold for the time being. Notably, former skipper Mahendra Singh Dhoni has not been included in the squad yet again and Hardik Pandya is recovering from a back injury delaying his comeback into the team.

India is geared up to take on Australia in a three-match ODI series, starting January 14 in Mumbai.

In their last series against Sri Lanka, India displayed a dominating performance by winning the three-match T20I series 2-0, the first game was abandoned due to rain. India secured a massive 78-run victory over Sri Lanka in the third T20I on Friday.