Injured Trent Boult in doubt for 2nd Test against England

The second Test between New Zealand and England will begin from November 29 at Seddon Park in Hamilton. 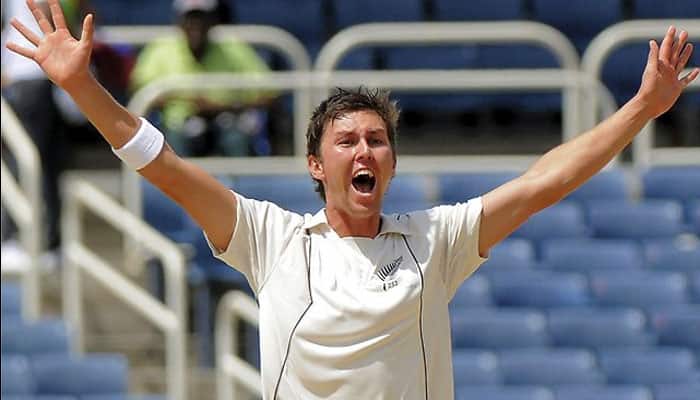 New Zealand fast bowler Trent Boult is doubtful for the upcoming second and final Test of the two-match series against England due to a rib injury.

The 30-year-old bowled just one over on the fifth and final day of New Zealand's opening Test against England before walking off the field at Bay Oval in Mount Maunganui. The hosts went on to win that match by an innings and 65 runs to take a 1-0 lead.

Now, a team spokesperson said that Bould will now undergo an MRI scan on Tuesday in order to determine the seriousness of the injury ahead of the second Test.

Reflecting on the same, New Zealand skipper Kane Williamson remained hopeful that Boult's scans will come out clear and that he would feature in the final England Test.

"At this stage not sure, he has a scan tomorrow and he is sore at the moment. Hopefully the scan comes back clear but we'll have to wait and see," stuff.co.nz quoted Williamson as saying.

In case Boult misses the final Test, it will be the first time since March 2017 that New Zealand will play in the longest format of the game without the pacer.

Lockie Ferguson and Matt Henry will be the potential replacements for injured Boult for the second England Test, which is slated to take place from November 29 at Seddon Park in Hamilton.