Kaviya Maran, who is often seen in the stands rooting for the Orange Army, was seen with a big smile on her face after SRH defeated PBKS. 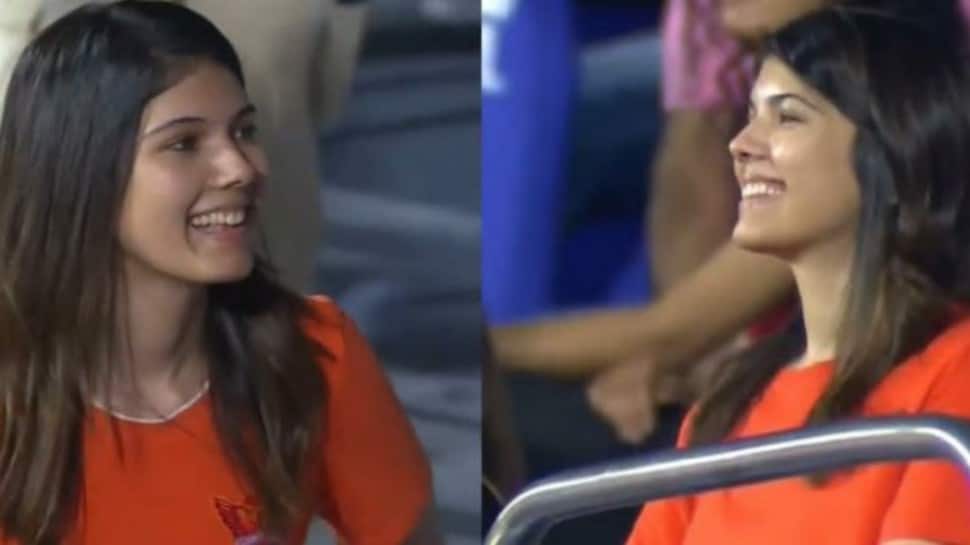 After suffering three back-to-back defeats in IPL 2021, SunRisers Hyderabad (SRH) finally registered their first win of the tournament by thrashing Punjab Kings by 9 wickets in Chennai on Wednesday (April 21). Following the victory, SRH CEO and fangirl Kaviya Maran, who is often seen in the stands rooting for the Orange Army, was seen with a big smile on her face.

Notably, Kaviya was left disappointed in the opening three games of SRH, which they lost. But, on Wednesday she finally rejoiced and her happy face floored netizens.

Here’s the video of Kaviya smiling:

That's where the real trouble began
That Smile
That Damned smile
Kavya Maran ,My love pic.twitter.com/sBR74nDBJM

Seeing her Smile is just

Talking about the match, SRH bowlers put up an inspired performance to lead their team to a comprehensive nine-wicket win over Punjab Kings (PBKS) in the IPL 2021 at the MA Chidambaram Stadium on Wednesday.

Left-arm pacer Khaleel Ahmed (3/21 in four overs) and left-arm spinner Abhishek Sharma (2/24 in four overs) were the wreckers-in-chief as SRH first bowled out PBKS for 120 and then chased the target with eight balls to spare. Jonny Bairstow made an unbeaten 63 off 56 deliveries to lead the SRH chase.

Khaleel got the wickets of Mayank Agarwal, Shahrukh Khan, and Fabian Allen while Sharma (2/24 in four overs) removed Moises Henriques and Deepak Hooda to leave the Punjab franchise reeling.

The target was a cakewalk as Bairstow and Warner (37 off 37 balls) added 73 for the first wicket in 10 overs.

Warner's dismissal brought in Kane Williamson (16 not out off 19 balls), who played in his first match of this season's IPL.