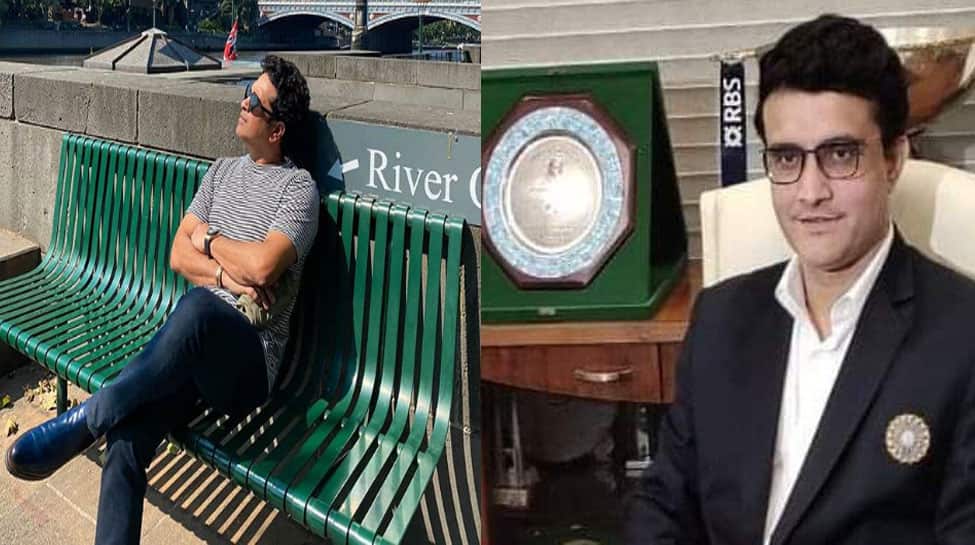 Taking to his official Instagram account, the 46-year-old shared a picture of him from Melbourne in which he could be seen sitting on a bench under the sun.

“Soaking up the Sun,” Tendulkar captioned the post along with the picture.

Soaking up the Sun !

The post received a flurry of appreciation from the cricket fans, but what caught the attention of everyone was the hilarious comment of Tendulkar's long-time opening partner and current Board of Control for Cricket in India (BCCI) president Sourav Ganguly.

In a cheeky take on Tendulkar post which left fans in splits, Ganguly said that some people have great luck as they can keep enjoying holidays.

On Sunday, Tendulkar--who bid adieu to the game of cricket in 2013--returned to bat for the first time in nearly six years when he faced an over from Australia women's cricket team all-rounder Ellyse Perry during a Big Appeal double-header clash at the Junction Oval.

Tendulkar, who made his last appearance in an exhibition match for Marylebone Cricket Club (MCC) in 2014, will now also face Brian Lara when the Indian cricketer's side India Legends lock horns with the latter's West Indies Legends in Road Safety World Series opener at the Wankhede Stadium on March 7.