Chennai Super Kings' Faf du Plessis is third in the Orange Cap race currently with 320 runs in 7 matches with four half-centuries and a top-score of 95 not out. 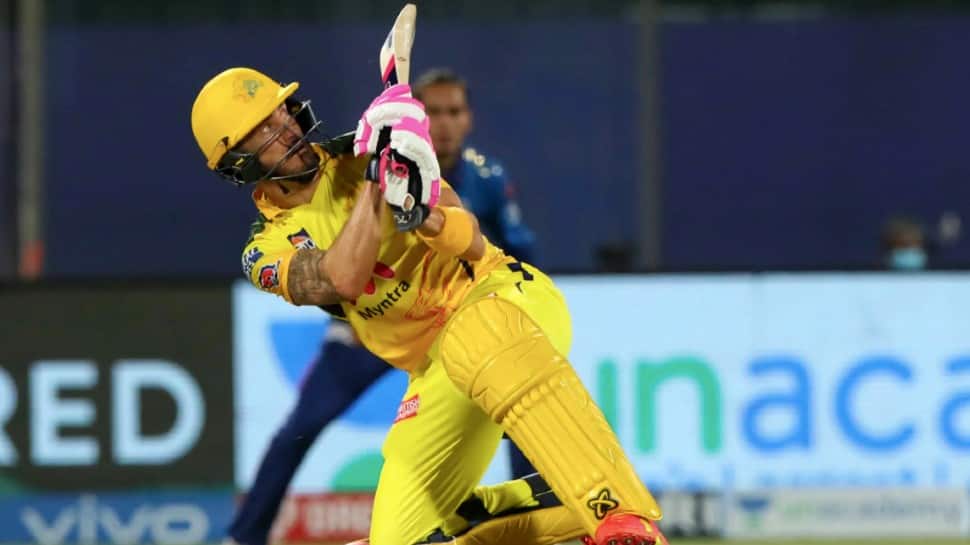 MS Dhoni’s Chennai Super Kings will resume their Indian Premier League (IPL) 2021 campaign with match against great rivals and defending champions Mumbai Indians. The two sides will face-off in Dubai when IPL 2021 resumes on Sunday (September 19), however, Dhoni’s side have been dealt a double blow with Faf du Plessis and Sam Curran unavailable for the game.

Du Plessis and Curran are the highest run-scorer and wicket-taker for CSK so far this season. The former South Africa batsman has picked up a groin injury a few days back while playing in the Caribbean Premier League (CPL).

Du Plessis could be struggling to be fit in time for CSK’s opening match against Mumbai Indians on Sunday. CSK will miss the services of Sam Curran as their England all-rounder has landed in Dubai, which has been the Super Kings’ base, only on Wednesday (September 15).

CSK took to Twitter to deliver the update and shared his pic from the team's hotel. Even though he has landed in UAE, Curran won't be available for the franchise's first fixture against Mumbai Indians (MI). As per the protocols, those coming from the UK have to stay in isolation for 6 days and Curran will be in hard quarantine now. He will undergo COVID-19 tests during this period and will be allowed to come out of his room once he is done with all the protocols.

Du Plessis has been in terrific form in the CPL and is the third-highest run-getter but missed the last two matches for his franchise St Lucia Kings, including the semifinal on Tuesday, due to the injury. TOI reported that the opener has informed the CSK team management that a week’s rest might help him regain his fitness and he has been taking all sorts of precautions in order to not aggravate the injury.

The South African batsman is third in the Orange Cap race currently with 320 runs in 7 matches with four half-centuries and a top-score of 95 not out.

“We are still not in a position to comment on Du Plessis’ availability status till our medical team and physio (Tommy Simsek) examine the extent of the injury. We can take a call once they ascertain the damage,” TOI quoted a CSK source as saying.

Du Plessis, along with CSK’s other members Imran Tahir and Dwayne Bravo who are playing in the CPL, will arrive in the UAE on Thursday. The trio doesn’t need to undergo the mandatory hard quarantine since they will be in a bubble-to-bubble transfer.

Kuldeep Yadav expresses resentment ahead of IPL 2021, says 'I don't know how Eoin Morgan sees me'